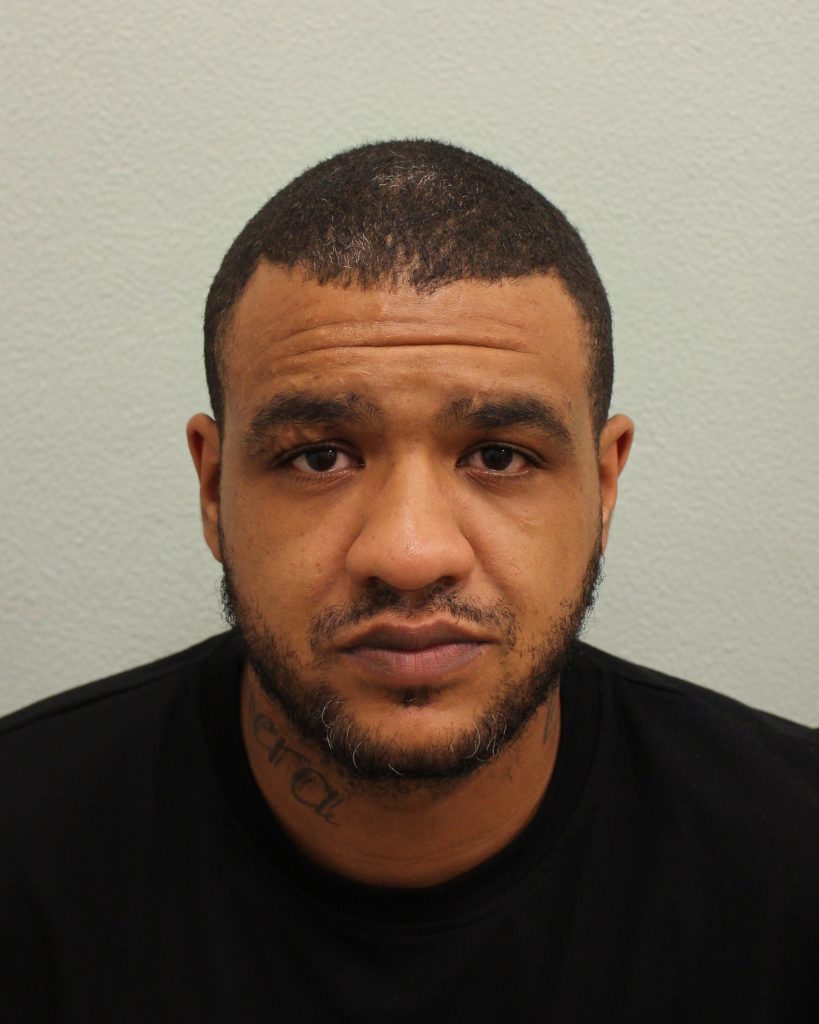 A man who sexually assaulted a young woman after picking her up as a passenger, and instead took her to a secluded alleyway to attack her, has been jailed.

Adam Ward, of 36 Atherfold Road, Stockwell, had only been released five weeks before after serving The 34-year-old pleaded guilty to serious sexual assault at Kingston Crown Court on 27th November 2017 and was sentenced to 12 years and 6 months in prison on Monday.

On the afternoon of 28 May, the victim, in her 30s, attended a police station and reported being attacked in the early hours.

She told officers she was on her way home after a night out in Clapham when she was grabbed from behind by her attacker. He put his hands over her mouth and throat to stop her from screaming, forced her to the floor and sexually assaulted her. The woman suffered minor injuries.

The Met’s Child Abuse and Sexual Offences Command launched an investigation and from the victim’s initial account carried out CCTV enquiries from which they were able to follow her journey home.

The footage shown at trial showed a Volkswagen car stopping near a supermarket by Clapham Common tube station at around 3.50am. The victim could also be seen standing outside the supermarket. A man got out of the car and walked past the victim. He then walks back to his car.

The victim walks away toward Venn Street and the VW car follows. She talks to the driver and then gets into the vehicle.

Enquiries established that the vehicle was driven to Recovery Street, near Tooting Broadway tube station, and another CCTV camera captured the attack taking place just before 3.50am.

The victim then informed detectives that she had found a 10-second video on her mobile phone she had recorded inside the cab, which assisted officers in identifying the car.

The vehicle’s registration number was also identified as a result of extensive CCTV enquiries and the use of Automatic Number Plate Recognition [ANPR] technology. On Thursday, 1 June 2017, officers visited the address of the listed owner and saw the Volkswagen pull up outside the address.The car was being driven by Adam Ward, who was arrested on suspicion of sexual assault.

Officers executed a search warrant at Ward’s address and found clothing that matched the clothing worn by the attacker.

Ward was on licence after being convicted of a drugs offence in July 2015. He had only been released five weeks prior to this attack. He declined to comment during interview and instead provided a prepared statement denying involvement and claiming he was at home at the time of the attack.

Detective Inspector Suzanne Jordan, the Senior Investigating officer, said: “This was a terrifying attack where Ward stalked his victim, a young woman on her own late at night, and took full advantage of her vulnerability by attacking her. Quick work by investigators resulted in identification of a vehicle involved, sourcing of CCTV of the attack, and Ward’s arrest within three days.

“The victim was understandably traumatised by the ordeal she suffered and Ward showed his lack of remorse and contempt for the victim by denying what he had done throughout the investigation until he eventually pleaded guilty on the first day of trial.

“I hope that the victim in this case can take comfort in knowing that Ward has been sentenced to a long term in prison where he cannot pose a risk to the public.”