A 14-year-old schoolgirl was left with severe burns when a firework exploded in her face.

Holly Kane, from Deptford, was with friends on Saturday near a footbridge in Rotherhithe Street, Rotherhithe, when a group of youths on bikes emerged from a nearby wooded area and started letting off fireworks in the street.

One firework shot off the floor and exploded in Holly’s face, leaving her with burns to her lips and cheeks.

The youths fled the scene immediately after the firework struck Holly, and she was rushed to St Thomas’ hospital by a friend’s mother. 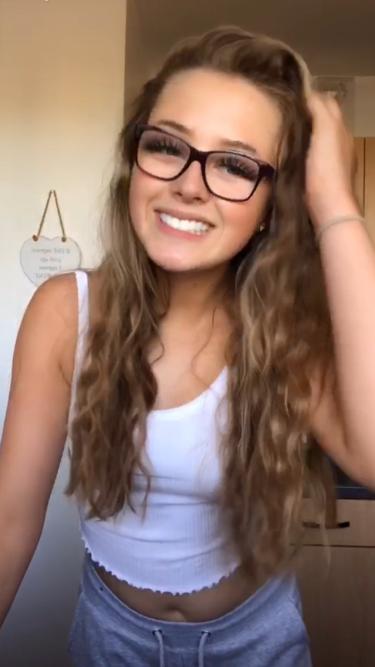 Holly said: “Obviously I was really scared, and I actually passed out on the floor at one point.

“It’s put me on edge now every time I hear a bang, or even just to go out in case it happens again.

“The reason I was there was because I wanted to get a bus that didn’t go through the Canada Water area, the square bit, because there’s always boys there throwing fireworks at random people and at restaurants.”

The incident, which happened at 7.30pm, has been reported to the police by a number of eye-witnesses.

Holly’s mother, Paula Bromage, said: “When I walked in and saw her face in the bed, her mouth, her cheeks, I just cried.

“I’ve got a gorgeous girl who takes stunning photos, so to see what they have done to my girl’s face breaks my heart. 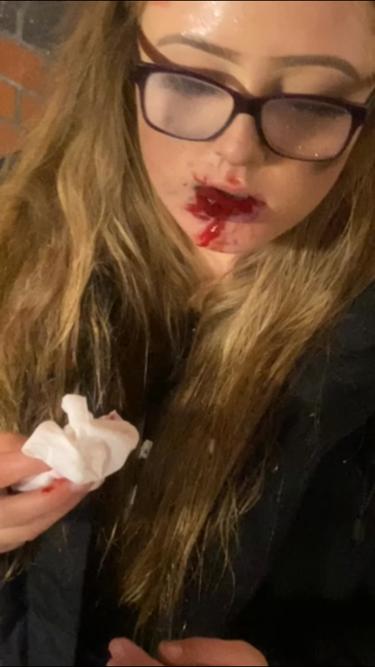 “She’s been both unlucky and lucky, in some respects, because she wears glasses and they luckily protected her eyes.

“She lost her hearing in one of her ears which is luckily coming back now. They could have burst her eardrum.”

The incident comes less than a week after mother Shannon Sheppard, 23, from Bermondsey, was nearly hit by a firework in similar circumstances while with her 16-month-old son, Alfie.

She said: “I am a mum to three boys and every day my anxiety is through the roof.

“Because most of these fireworks offences are undertaken by minors the police just seem to do nothing. We’re really fighting a losing battle.” 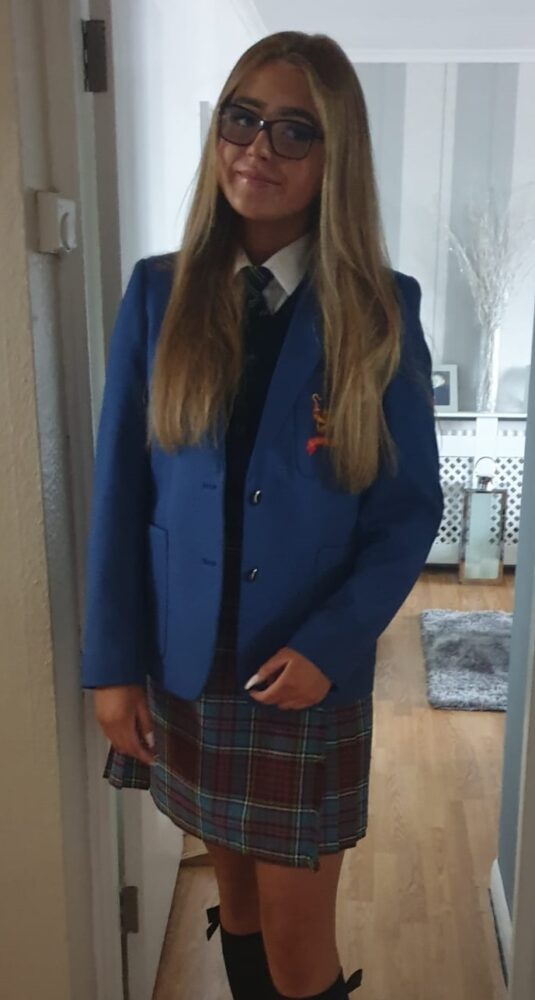 Concerned residents have taken to social media to vent frustration at youths illegally using fireworks in Canada Water and Bermondsey, and video footage of the behaviour has surfaced online.

Police believe two separate groups of youths are responsible for the incidents described, and they have taken action on one group by conducting home visits and issuing antisocial behaviour contracts.

Inspector Tom Cornish said: “Misuse of fireworks can have damaging consequences, and we understand how disruptive and distressing these kind of incidents can be to local communities and businesses.

“They can be reassured that we will continue to make every effort to stamp out this kind of unacceptable behaviour.”