Tenants of a housing charity were left “disappointed and disheartened” after a tree that fell on one of their properties in Plumstead took over a week to be removed.

The tree fell on the roof of a house in Clothworkers Road in the morning of May 29, but was not fully removed by the housing association, Hyde Homes, until June 9th.

Police and the fire brigade attended the scene and evacuated all residents to safety. No one was injured.

Residents were informed that the damage would be assessed and the tree would be removed.

But a tree surgeon who had started work on the tree left after a dispute over who would pay the bill, as properties on the estate are owned by both Greenwich council and Hyde Homes.

The tree was concluded to be the responsibility of Hyde Homes – but took another eleven days to be fully removed.

The removal started on Monday June 7, and was completed on Wednesday, June 9, when contractors completed the clearing of debris.

Residents reported hearing the tree creaking as it lay on top of the building, and said they feared they were in danger.

They are now waiting for information about repairs to the building. 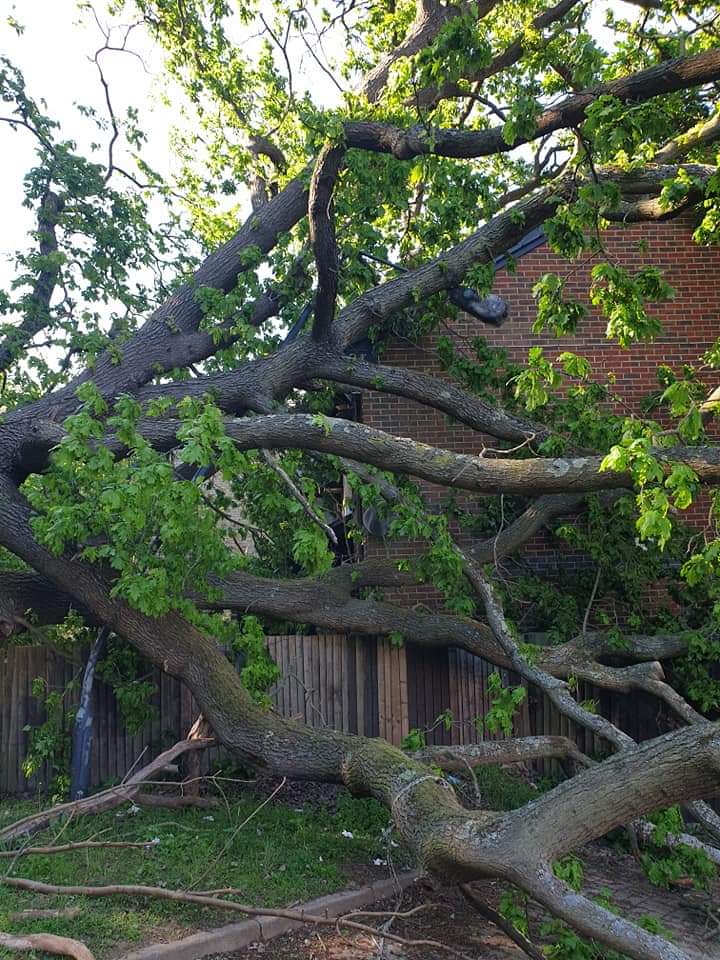 Residents also complained about the lack of care provided by Housing for Women.

One resident reported only receiving one phone call from a Housing Officer at the charity.

They said: “We have been tenants for over 20 years, and are disabled. We feel extremely disappointed and disheartened by this treatment.”

Zaiba Qureshi, Chief Executive of Housing for Women said: “As soon as we were made aware of the fallen tree, on Saturday May 29 we attended the site to support our residents, who were moved into temporary hotels or supported by their families over the weekend. Thankfully, no one was injured.

“On Monday May 31, those residents affected were contacted immediately by both our Housing Officer and our Resident Liaison Officer and visits  were carried out the following day to arrange alternative accommodation for our residents and their families. Both residents have since been relocated.

“We are working closely with Hyde Housing who are arranging for removing the fallen tree and officers have been on site to assess the damage and inform our schedule of works for repairs. We hope for these works to be completed quickly to repair the damage and make these homes safe and habitable again, and are pleased that, in the meantime, our residents have been moved to safe homes.”

A spokeswoman from Hyde Homes said:  “We can confirm that the tree was removed over Monday and Tuesday. Our colleagues attended the site on both days and spoke to residents to reassure them about the works and the safety of their homes.

“The works are now completed – the damage was surprisingly light despite the weight and age of the tree.”