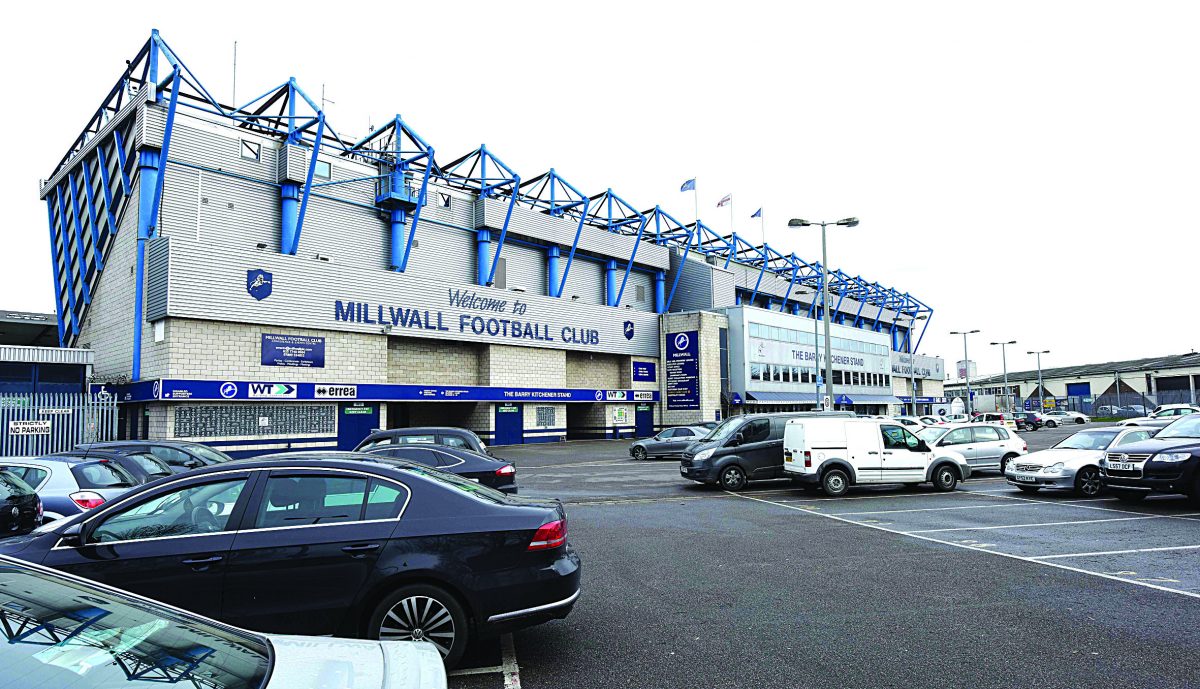 A £20million hole has been blown into the regeneration scheme around Millwall FC in another twist in the saga.

The Greater London Authority (GLA) revealed yesterday that it is withdrawing its Housing Zone grant it had earmarked for the New Bermondsey scheme around The Den.

The Housing Zone grants were set up by former London Mayor Boris Johnson, totalling £400million across London to be used by developers, housing associations and public/private partnerships for homebuilding.

A GLA spokeswoman said they withdrew the money because they could not conclude a funding agreement with Renewal, the developer leading the scheme, and Lewisham council by their January 31 deadline.

Millwall FC chief executive Steve Kavanagh said: “This comes as no surprise. For six years, nothing has been built and no development is imminent. Millwall Football Club would like to see the New Bermondsey site developed for the benefit of this community.

“It is time for a new beginning. The Council can put the controversies behind them and open up the opportunity for a new plan to be put forward for the successful delivery of a regeneration project in the borough with Millwall Football Club and its thriving Community Scheme truly at the heart of it.”

The New Bermondsey scheme is a £902million development, set to create 2,372 homes, 237 of them affordable, on a 12-hectare area around Millwall’s ground, creating 4,744 construction jobs, according to the GLA’s figures. The loan was announced in 2015.

The changes reflect a new emphasis in London’s policies on affordable housing since the election of Labour’s Sadiq Khan as the capital’s mayor. The shortfall means Renewal will have to find the £20million loan for its construction work from another source.

Jordana Malik, director at renewal, said: “The development was due to benefit from Housing Zone funding for the new Overground station which, as well as accelerating the delivery of the station, would have released more money from Renewal to build more affordable homes. However, the GLA’s 31 January 2018 deadline was missed due to the independent inquiry into New Bermondsey, which delayed the scheme.

“Now that the inquiry has concluded and has found that there was no wrongdoing on either the part of Renewal or Lewisham Council, and that Renewal is the only party in a position to be able to deliver the scheme, we will continue to work with the GLA as part of our Housing Zone status to explore alternative sources for infrastructure funding.”

A spokesman for Lewisham council said: “We welcome the GLA’s new approach which will target investment in genuinely affordable homes.

“We will work with the Mayor of London to get new housing funding spent in Lewisham to support a range of schemes.”

John Berylson became Millwall chairman in 2007 and hoped to “futureproof” the club by developing plots of land around the ground and renting out the properties.

But instead, the club’s landlord, Lewisham council, decided to take possession of three pieces of land around The Den using a compulsory purchase order (CPO) – and hand them over to Renewal for its own scheme.

This CPO was subject to an inquiry, led by Lord Dyson, after the council and Renewal were accused of improper behaviour, but the Dyson inquiry concluded that there was no wrongdoing.