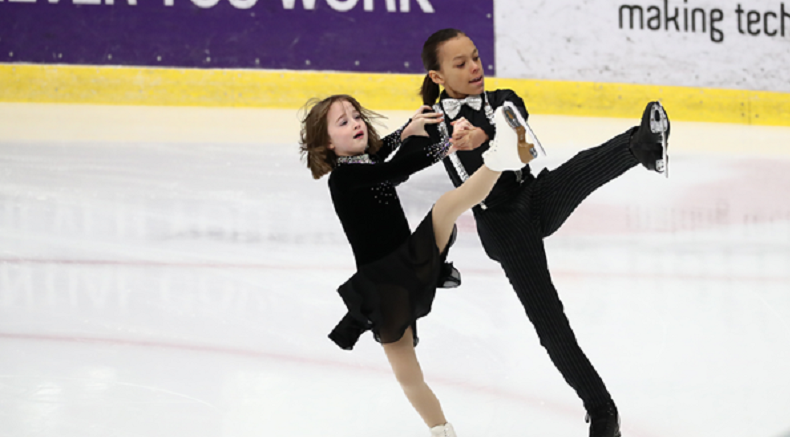 Two skaters have qualified for the British championships after winning their newcomers category in a national competition.

Ashlie Slatter, aged nine, from Croydon, and Atl Ongay-Perez, 11, from Wandsworth, finished last season with the title in the basic novice category in their first year of competing at ice dance.

The sport’s governing body had to make a special dispensation for Ashlie to even compete in the categories she contested – the duo were competing against some skaters who were up to three years older than her.

The duo, who train at Streatham Ice Arena, are now being selected to represent GB as a skating team at international events this season.

Their most recent victory came thanks to personal bests at their home rink on September 28.

They ranked first in their category in the Mary Parry Trophy with an overall score of 47.35 and thus qualified for the British National Championships in Sheffield next month. Ash and Atl each train on ice 18 hours a week and 10 hours off ice at Streatham, trained by Diane Towler-Green, Olympian and four-time British, European and World champion.

They are also coached by her daughters Candi and Pippa Towler-Green, as well as by Roland Hailston and Mathieu Geffré-Gardiner Candi said: “They have so much potential.

All the best pairs say starting at a young age is crucial because it means they can be in tune with each other.

That is why we suggested they train as a pair fairly early on. “They are incredibly hard-working, dedicated and mature for their ages. “They also have a great attitude – they do whatever is asked of them.”

Ashlie started at Streatham on a beginners’ programme, while Atl had private lessons after starting through a home-schoolers scheme.

They came second overall in their category in a recent competition in Sheffield, with only a small difference between them and the gold medallists.

The highlight of the British figure Skating calendar, the British Championships, will follow in early December.