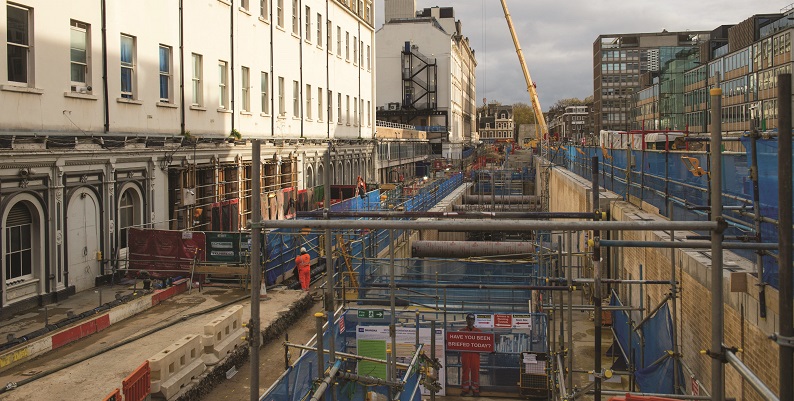 Crossrail was driven over budget by almost £3billion and behind schedule because its management team clung to an unrealistic timetable.

Its leaders failed to keep track of delays or change their approach even though problems had emerged as early as 2015, according to a National Audit Office (NAO) report.

Decisions were driven by a desire to meet the December 2018 deadline to start carrying passengers on the central section of the new west-east rail line underneath London.

Crossrail said last week that the core section may not now be open until March 2021. The overall budget for Crossrail has risen from £14.8billion to £17.6billion.

Amyas Morse, head of the NAO, said: “Throughout delivery, and even as pressures mounted, Crossrail Ltd clung to the unrealistic view that it could complete the programme to the original timetable, which has had damaging consequences. “A number of choices made in the course of this project have clearly damaged public value.”

He said the full extent of losses could not yet be assessed. Its report said: “Crossrail’s compressed schedule, contractual model, loss of downward pressure on costs and absence of an achievable plan were set against an atmosphere where ‘can do’ became unrealistic.”

Changes to design and schedules increased costs on most of the project’s 36 main contracts, the report said. The costs of civil engineering works at Whitechapel station alone, as of December 2018, had escalated to £659million – six times the amount originally budgeted, and more than double the estimate in 2015.

The report found Crossrail Ltd, which was not regularly scrutinised by sponsors Transport for London and the Department for Transport, “had a gap in its understanding of delivery risks and the likelihood of meeting the December 2018 opening date”.

It said that “assumptions about the level of progress that was achievable bore little resemblance to the historic progress that contractors had made”.

Management also drove unnecessary cost by carrying out early testing which was “of limited use and took any spare time and space from construction workers on site.”

Crossrail has also now tried to rehire staff laid off last year in anticipation of the scheme opening.

The chairwoman of the public accounts committee, Meg Hillier, said the programme had been mired by spiralling costs and delays. She said: “It is concerning that Crossrail Ltd deluded itself for so long about its ability to meet its original opening date and the £17billion-plus programme’s project management was not up to the job.”

Crossrail last month set a new target to introduce services on the central section of the Elizabeth line – the route’s official title – between October 2020 and March 2021.

The NAO warned that Crossrail had not yet fully assessed the delay’s impact on costs. Mark Wild, the chief executive of Crossrail, said it would review the NAO recommendations carefully.

He said: “We take the views of the National Audit Office very seriously and will be reviewing their recommendations carefully. “We have undertaken an audit of the outstanding works and produced a robust and realistic plan to complete the Elizabeth line and bring the railway into passenger service at the earliest possible date.

“A new leadership team and enhanced governance structure has been put in place to strengthen the Crossrail programme and put the project back on track.”