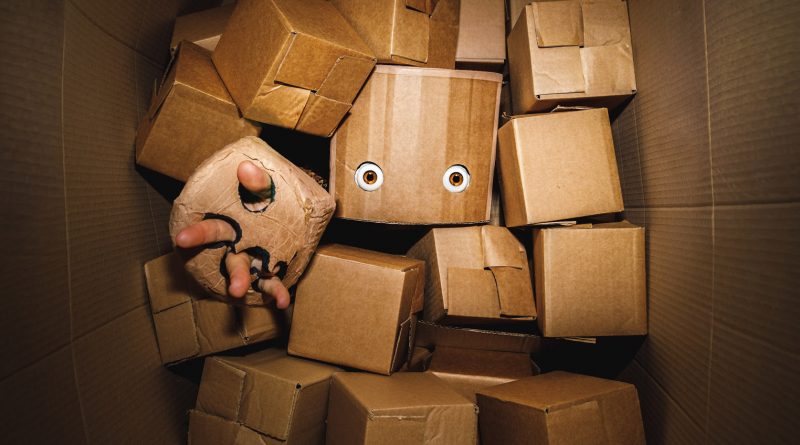 Winners of the Les Enfants Terribles Edinburgh Award in 2016 and annual producers of the Greenwich Theatre festive studio show, theatre company SharkLegs are now turning their attention to our obsession with online shopping, our casual expectation of next-day delivery and the impact that has on the working people employed to deliver that service.

Bringing their show Fulfilment to Greenwich Theatre for a single performance on 22 July 2019 before transferring to the Edinburgh Fringe, the development of the show has taken SharkLegs on something of a voyage of discovery.

“When my fellow co-director Kezia Cole and I started talking about this show, I didn’t know much about the biggest company in the world,” said Rich Hay. “Like most people I used next day delivery, loved how convenient it was and had accidentally ‘clicked’ and bought more than a few stupid things after a glass or two of wine.”

“It wasn’t until I got chatting, on a packed commuter train, to a man who worked at an online fulfilment centre for this global retailer that I started to understand. He told me about 10-hour shifts, enforced overtime and just how much ‘crazy shit’ there was in The Warehouse.”

“Talking to him, and to the other staff we went on to meet, provided us with the inspiration for this show. Their stories showed us a world you don’t see when you click Next-Day Delivery, and the experiences of the staff – many of which are shared verbatim in the show – really bring home the fact that it’s not elves or magic robots who make our lives more convenient. It’s real people with real lives who are really suffering.”

For the show, the company has created Robox, a personal fulfilment device – the one-click wonder, the ultimate convenience. You dream it, he delivers it. Instant fulfilment. But fulfilment isn’t for everyone as SharkLegs uncover the price people really pay for next-day delivery.

“We have been boycotting the company since January this year and nothing in the show has been sourced from them,” said Rich. “We can’t really talk about the specifics of the people we spoke to because many of them are still working there, but we interviewed current and former employees who had worked in the warehouses across the country.”

“We needed to just talk with people, hear how they felt, their anecdotes, what the best thing about the job was, what the worst thing was. The first barrier was to convince people we weren’t secretly working for the company and trying to catch them out or report back on them, but after we managed to convince them we weren’t working for their bosses, people seemed quite open to chatting about their jobs.”

The show, described by SharkLegs as “disarmingly funny” and using bunraku puppetry, verbatim text and audience interaction, is about exposing what happens when people click next-day delivery. “It’s about making sure that people know what has to happen to other people in order for you to receive your book, or cushion or fake twig tomorrow,” said Rich. “If we know what goes on, then we can empower people to make more conscious choices. If we can put pressure on these powerful multinationals, maybe we can improve conditions for thousands of workers.”

“It is really tough to hear about the conditions some workers told us about and anger is the natural response,” said Rich. “The energy of anger can be very useful, but we did have to be careful about crystallizing it and using it to drive the show rather than letting it take over.”

Fulfilment, performed in the Greenwich Theatre studio on Monday, July 22, is one of ten shows previewing at Greenwich Theatre in July before they go to the Edinburgh Festival. Full details can be found at www.greenwichtheatre.org.uk.