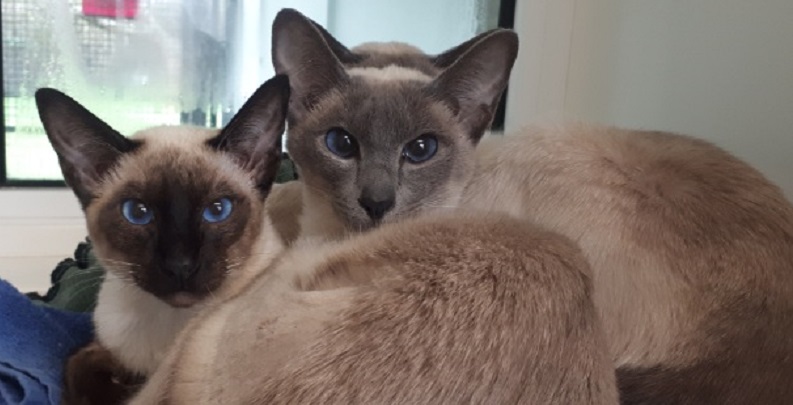 Strange as it may seem, it sounds like some fleas have died and gone to heaven – in Croydon.

That can be the only conclusion after animal welfare officers found 55 Siamese cats from a single home – and they were worth around £25,000 in total.

The RSPCA revealed it picked up the literally enormous litter after their breeding became ‘out of control’.

Its inspectors were called in to deal with the battalion of moggies, who had taken over the home, on February 20.

With a total of 495 lives to call upon, the chances of the brood suffering any casualties is slim.

Staff are now looking for new homes for the dozens of cats, which include kittens and pregnant adults.

Liz Wheeler, RSPCA inspector, said: “Multi-cat households can often arise as a result of unneutered cats breeding until a situation becomes out of the owners’ control.

“The RSPCA often works with owners to neuter and reduce the numbers of cats and dealt with more than 1,000 calls relating to animal hoarding last year.

“The hope is that these cats can now be found loving homes and get their second chance at happiness.”

Siamese cats originate from Thailand and are supposed to be intelligent, curious and talkative.

The RSPCA says these cats will need a home with adults or families with older children. Some will be rehomed together as they are bonded, while others will be happier to be rehomed on their own.

They were then taken to three animal centres in the area – there are 11 cats at RSPCA Leybourne in Kent, six at the RSPCA Purley, Caterham and District branch and 38 Siamese cats at RSPCA South Godstone Animal Centre in Surrey.

For more information about rehoming any of the cats, contact the branches.

7 thoughts on “55 Siamese cats rescued from home in Croydon”