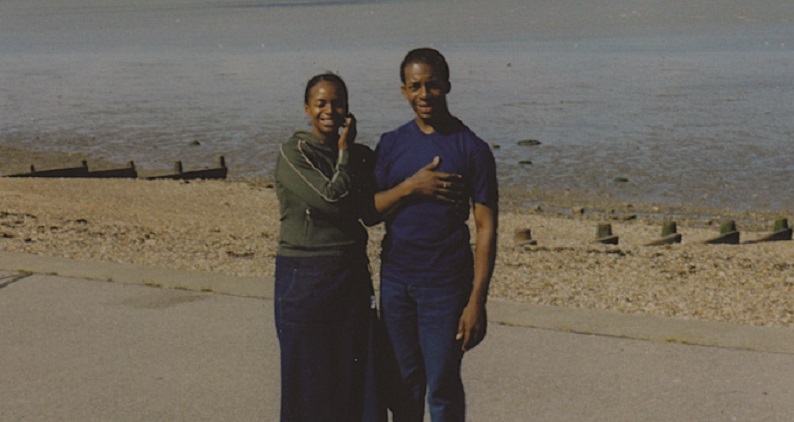 A 66-year-old charity which offers a lifeline to up to 400 people with learning disabilities could be weeks away from closing down.

If it closes, it will throw into confusion the vital care and cleaning help received by adults and children in the two boroughs for more than 38 years. And its 75 staff, only five of whom are admin workers – would be made redundant.

Some could be employed by whoever the two councils ask to take over Mencap’s care contract.

More than 14 of those staff have worked for the charity for at least 20 years – and many clients have been users for even longer.

One of those users is carer Loren Dixon, whose brother Mike (pictured above) has been with Lambeth & Southwark Mencap (L&SM) for 10 years.

She said: “This has come as a shock to me and I am sure to all who use it, not to mention the staff.

“My brother, who has learning disabilities and is autistic, uses their break services and always looks forward to it.

“Once or twice a year he goes with a group of other service users. They may have short breaks in the UK or abroad using their direct payments.

“My brother has been with them for over a decade and he has flourished. Every time he returns he is more relaxed, at ease, more communicative – and that is the response from family members, his personal assistants and the autism service he attends during the day.

“It is just not holidays – it is an exercise for many service users to socialise not within their own group but with others and to travel to other places they may not have the opportunity to do before.

“It is also for others to see that adults with special needs, given the correct support and opportunities, are living their lives to the fullest – as they should.

“It also gives me some well needed respite!

“This closure effects everyone, from the staff, the clients and the family of the clients. It has a ripple effect.”

Chief executive Eugene Dugan-Brause confirmed that the board had been talking about the possible closure since a rescue plan agreed a year ago failed to turn the tide of the losses.

“We are not sustainable,” he said. “It is scary for everyone. We are not able to absorb the losses any more because the support we used to get from local authorities is dwindling.

“We are definitely exploring closure and working with the two town halls to move the services. “Over the years, funding has been whittled away, while costs have gone up.

I have spoken to colleagues in other charities and they are in a similar position. “We pay the London Living Wage – we had not in the past, but felt we had a moral duty to do so as a charity.

“But it has not worked out for us. We do not want to damage the level of care and support some people get – and many of them require staff 24/7 because they have medical challenges so are not safe at home at night by themselves.

Our users are our number one priority. “We are about the mission, not money. But our staff will have mortgages to pay and families to feed.

“Councils have a duty of care under the Care Act 2014, so they will have to find other organisations, charities and commercial care agencies to fill the gap.

The transition needs to be as seamless as possible. But some of the support our users have been relying on will have to be downscaled.

They may find someone else is providing the service. They may get fewer hours or poorer quality help. Or they will have to pay more.

“In many cases, they have no family and we are their sole support for dealing with the outside world. We do not coop people up at home – we take them to zumba, the library or a cafe.

.“The money is out there but it is being spent in other areas – Brexit has hit us badly.

The ‘magic money tree’ is there for other areas of government spending. “But this government has been ignoring the needs of the most vulnerable in the community, which is frustrating for people in the charity sector who want to make things better for others.

The current funding just skims the level of what is needed. “We are having the rug pulled from under us. The Big Society was supposed to help us but it has not happened like that.”

A Lambeth council spokesperson said: “Lambeth & Southwark Mencap told the council earlier this year it was struggling to cover its costs and wished to hand back its community support service and supported living contracts for new care providers to take on the work, as those services were no longer financially viable for them.

“We are aware that the Board of Trustees are talking to insolvency experts on the basis that they may not be able to continue operating given the financial risks and their reserve position.

We are maintaining close contact with the organisation and Trustees with a view to being as supportive as possible at this difficult time.

“We have a number of providers delivering care packages for adults with learning disabilities in Lambeth.

Several of these providers have already been approached about taking care packages from Mencap to ensure care is not disrupted in the event that Mencap is not able to continue providing services.

“Lambeth & Southwark Mencap provides care for adults with learning disabilities in Lambeth in a range of settings and the work to transfer care and support for vulnerable service users is complex and will be carefully managed.”
Cllr Jasmine Ali, Southwark’s cabinet member for children, schools and adult care said: “This is a deeply regrettable situation for Mencap and will no doubt have a considerable impact on the vulnerable people who rely on their services.

In Southwark while we do not commission this service from Mencap, as a council we will be supporting our small number of residents who use their personal budgets to access Mencap’s services to minimise the impact of this decision.

We are meeting with Mencap this week and next week and we will advise people on alternate appropriate services and to understand the options available to them.”

L&SM was created in 1952 and started providing full-time carers from 1991.