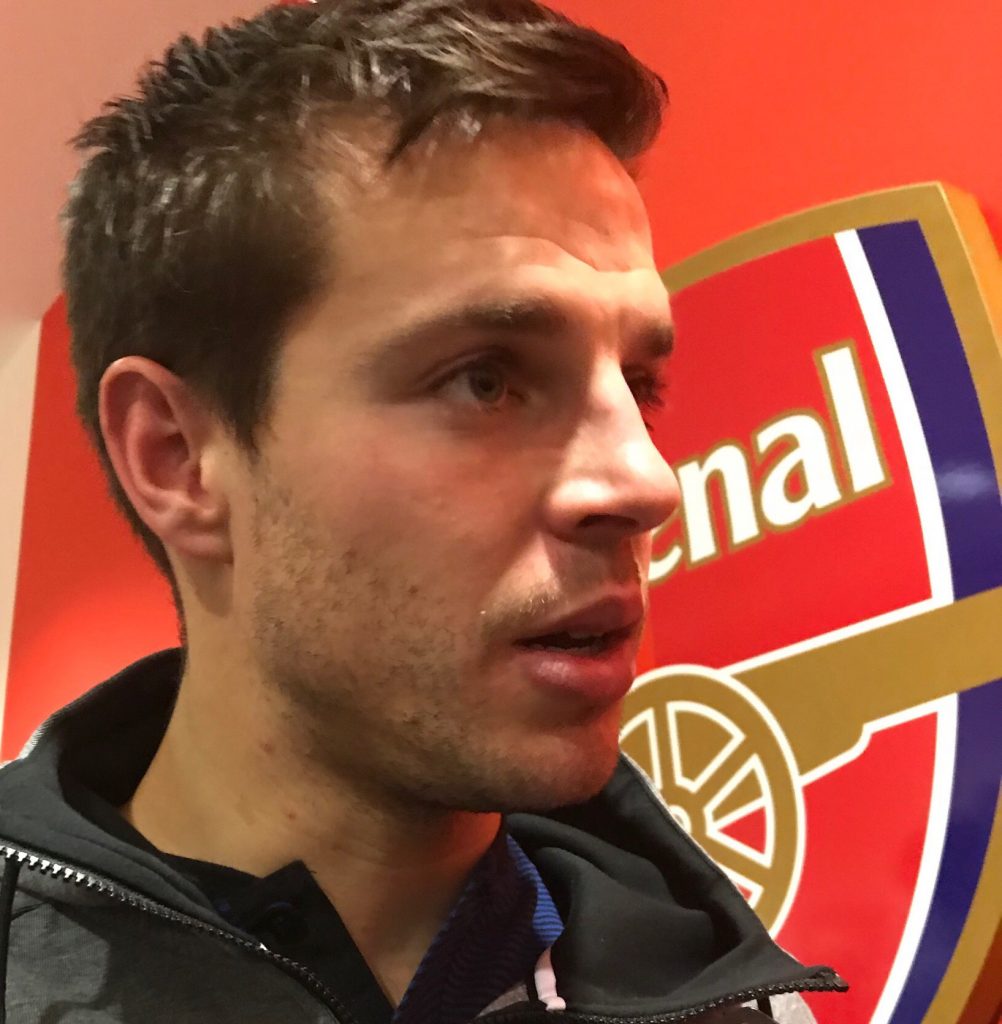 Cesar Azpilicueta says Chelsea must put the disappointment of losing the League Cup semi-final last night to Arsenal and win on Sunday against Newcastle Untied in the FA Cup.
He said: “Obviously it is disappointing because we were one game away from getting to Wembley and fighting for a trophy in the final. It hurts and it is difficult to take.”
He felt not cementing their early lead was a key factor in losing.

“We started the game very well, pressed very well and were controlling it,” he said.
“After our goal they pushed a bit, they created a corner and the goal came from it. It went 1-1 really quickly, but we were still in control after they scored. But we were not able to get the second goal which obviously was very important for us.”
Chelsea cannot let that defeat infect the team in the coming weeks when crunch league games against both Manchester sides and Barcelona in the Champions League looming large.

“Obviously we are disappointed and it hurts a lot. But now we have to analyse ourselves to improve. We know that we can do better,” he said.
“On Sunday, we have another chance in the FA Cup to keep going and try to get closer to that trophy.
“After every defeat you need to bounce back in the next game and to show the answer from the team. Even in this case we go from one cup to another and we have to look forward. We have to go for it and get a win for our confidence.”

Edin Dzeko is expected in SW6 to bolster the strike force – but Azpilicueta was coy about talking about a potential new team-mate.
“I don’t like to speak about any players that is not in our team,” he said.
“Every club tries to find the best solution in the (transfer) window for the team and I’m sure we are working on it. We will see. At the moment we have to work and prepare for the next game.”
But then he said of Dzeko: “We played against him in the Champions League this season and we know he is a taller striker. We played against him when he was at Manchester City too, but I don’t like to speak out on speculation.”
Chelsea have drawn five of the last seven matches – of which they have won just one.
The defender said of the current form: “In the last few games we have got a lot of draws apart from the win over Brighton last weekend. This was a big chance to get to Wembley, for our fans to go there after the disappointment in the FA Cup and Community Shield. We were looking forward to going back and pick up a trophy, but we couldn’t make it. We have to keep working hard to do it (in the FA Cup).
One new arrival in the transfer window was midfielder Ross Barkley from Everton. Azpilicueta said of him: “Ross has come to the club with a great attitude. He is working hard to adapt to a new team. He is coming back from a long injury, he has played with the Under-23s and came on against Arsenal without really warming up. He is on the right path and I’m sure he will be very important for the team.
“He is coming from an injury which kept him out for seven months. He is at a new club, a new team. But what I see from him in training, he is working very hard to get into the team. We have to give him time because I’m sure he will be very important.”
But with so many games yet to be played, Can Chelsea afford to give him time?
“Yes. We know what he is like as a player. Over the next six to eight weeks we are playing in the next round of the FA Cup, the Champions League and the Premier League, where we have to keep pushing. We have a lot of important games coming up and we need everybody 120 per cent because we need everyone.”
How does he feel when he sees his main rivals strengthen their sides – is it hard to take?
“I’m sure we are working on it as well as every team,” he said.
“We have signed Ross and I’m sure we are trying to get other players who came improve the team. There are still a few days to go and other teams have done things already.”