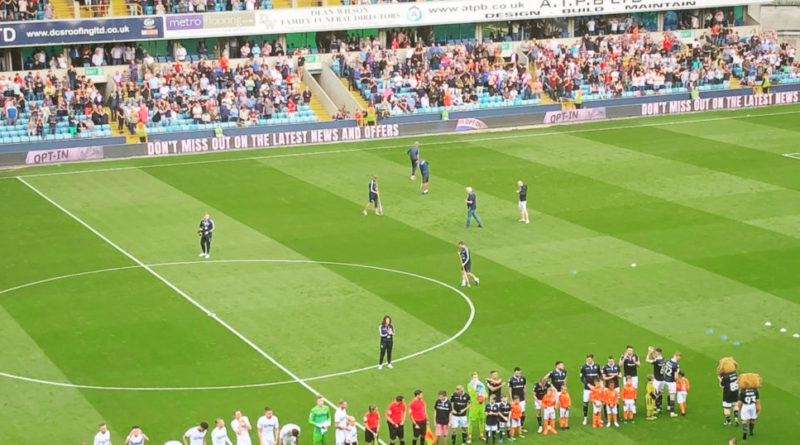 A 15-year battle by Millwall to develop land around its own ground looks to have been won after town hall leaders dumped a block to the multi-million pound project.

The club’s stadium will get a facelift and “New Bermondsey” become a boom town amid plans for thousands of homes around The Den.

Lewisham council has scrapped a conditional landsale agreement which had effecitvely seized three plots around the arena and sold them cheaply to developer Renewal.

But 18 months of talks between all three sides were last night due to come to a climax, with Lewisham Mayor Damien Egan tearing up the land grab and telling the Lions they can build on the plots.

That allows Millwall chairman John Berylson to put up flats and shops in Zampa Road to “futureproof” the club – by giving it regular rental income which would cover its historic annual £5million losses.

It will also secure the future of the Millwall Community Trust, which runs millions of pounds’ worth of projects for school children in the area.

It will also will ensure the Lions’ Academy can retain its Category Two status, which means it gets an annual £300,000 grant and plays games against big clubs like Crystal Palace, Sheffield United, Leeds, QPR, Watford and Burnley.

A compulsory purchase order ousting Millwall from the three plots had been scrapped in January 2017 – but the condtional landsale agreement was still in place until last night. It’s scrapping had been one of the main stumbling blocks to progress in talks in trying to build around the ground in the so-called Surrey Canal Triangle.

Lewisham now say all three parties “have agreed a new approach to enable their sites to come forward for housing and other development.”

A new land sale agreemnt was last night due to be put in place which excludes land leased by the football club and community trust.

A Lewisham statement added: “This paves the way for an increase in much needed social housing for Lewisham residents to be built on the site. “

The Mayor for Lewisham Damien Egan said: ‘I am delighted that we have all agreed a way forward to allow much-needed development on this site. It will bring jobs, housing and a new train station to an area currently under resourced. Over the past year, positive and constructive talks have been taking place between the Council, Renewal and Millwall Football Club to agree a way forward.

“I updated councillors on these discussions and next steps. This includes bringing a report to Mayor and Cabinet today (10 October) seeking approval to terminate the Compulsory Land Sale Agreement and vary the Compulsory Purchase Order Indemnity Agreement to exclude the football club and community trust land. This will then pave the way for community consultation on development of the Surrey Canal Triangle site.

“The regeneration of the area is an exciting opportunity for Lewisham. Our priority is that it must deliver more social homes, a new train station and have community support.”

A statement from Millwall said:  “Millwall Football Club warmly welcomes the announcement by Lewisham Council that it will terminate the conditional land sale agreement that exists between the Council and Renewal.

“This agreement was concluded in December 2013 and provided for the sale by Lewisham to Renewal of the freeholds of the land adjoining Millwall’s stadium. The agreement in effect inhibited Millwall from proceeding with its plans for the development of the land it leases.

“Millwall equally welcomes the announcement by Lewisham Council that the leases owned by the football club and its community scheme will be varied to allow Millwall to prepare development plans for the land around The Den.”

A spokesperson for Renewal said: “Renewal welcomes the decision from the Mayor and Cabinet which opens a new chapter for New Bermondsey. Continued joint co-operation will result in much needed new homes for London including an increased number of affordable homes. It will also enable Renewal to finalise plans with TfL for the delivery of the new station as well as the commencement of construction of phase 1 of the scheme”

TIMELINE
2002 Creation of developer Renewal by Millwall director David Sullivan, shortly after he resigned as Lewisham mayor
April 2004 Millwall reach FA Cup Final – and chairman Theo Paphtiis decides to gamble millions on a bid to reach the Premier League.
May 2005 Paphitis and manager Dennis Wise quit as the Lions fall four places and seven points short of promotion.
November 2005: Peter de Savary becomes chairman. Within weeks he announces his plan to build a £500million ‘Sports City’, including shops, flats, a hotel and leisure centre.
May 2006: Former Lambeth chief executive Heather Rabbatts is appointed Millwall deputy executive chairman, with a brief to push the development through.Sullivan sells his stake in Renewal to a firm owned by former Lewisham employee Mushtaq Malik
December 2007: John Berylson succeeds Stewart Till as Millwall chairman, at first lured by the prospect of a club which would have financial security because of rental income on properties
Summer 2009: Discussions over a contract which would have enabled Millwall to share in profits from the development. An attempted Lions boardroom coup by Graham Ferguson Lacey fails
June 2010: Heather Rabbatts steps down from the Millwall board, frustrated at having failed to secure legal agreements on future income for the club.
February 2010: Planning application for regeneration, featuring shops, restaurants, business space and new leisure and sports and multi-faith facilities and 2,500 flats, is lodged by developers Renewal.
January 2012: Outline planning permission accepted along with a section 106 agreement between all parties on infrastructure, including a new Surrey Canal Road railway station.
December 2013 A compulsory purchase order (CPO) handing the land to Renewal is approved by Lewisham. Lewisham had agreed to sell three pockets of land to Renewal and adopt a compulsory landsale agreement forcing Millwall to comply
February 2014 Lions fan-on-the-board director Peter Garston starts a petition against Renewal’s plans – and the fears the club might have to leave the borough. It attracts almost 28,500 names from all over the globe, including from West Ham fans
2017 Three attempts to pass the CPO by Lewisham fail amid a swirl of allegations about Renewal’s plans
January 2017 Lewisham orders an external investigation to be carried out by former Master of the Rolls Lord Dyson. The CPO is scrapped, but Lord Dyson ultimately exonerates Lewisham officials.
May 2018 Damien Egan is elected and within six months has coaxed the club and the developer into talks.
November 2018 The South London Press reveals Millwall have held behind-the-scenes talks with Renewal
October 2019 Lewisham scrap conditional land sale agreement to pave way for Millwall to develop their own pockets of land while Renewal develop the rest of the New Bermondsey zone including a new train station