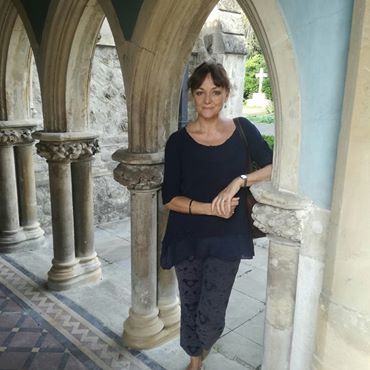 Sarah Bernhardt designed the template for international stardom, even if her fame is now dimmed by her not being visible on YouTube.
She conquered the then known universe, though, as an actor, an artist and a presence.
The aristocracy feted her and royalty tried to pretend it had conquered her.
But she carved a new way for women which left them in her wake.
So it is fitting that a show should be written about her.
Hilary Tones’s C’est La Vie – Sarah Bernhardt and me, in the leafy London surroundings of the Old Sorting Office Arts Centre in Barnes, cannot convey the colossal scale of the Frenchwoman’s influence, so she does not try.
Instead, author and performer Tones depicts a vulnerable actor auditioning to fill her shoes. Tones wrote and inhabited and now plays this one-woman show – and had her husband Sam direct it. For sheer creative energy, that takes some doing.
It works like a layman’s guide to Bernhardt’s career but also in portraying her own frailties in trying to become Bernhardt, we catch a vision of the two mortal souls beneath.
it is a gripping performance, with insight and improvisation and long passages in Bernhardt’s native French – and somehow the meaning is conveyed to even this rudimentary Franglais speaker.
The moving story of Bernhardt’s leg amputation, for the sake of her career, is not mawkish. And the terror of being attacked by her lover on stage as their depiction of Othello and Desdemona became all too real, is not turned into a melodrama.
There were also giggles of recognition at the racket going on outside the climactiic final audition, so Tones’ and Bernhardt’s predicament resonated with many in the audience.
But there is awe, as Tones recalls her idol, then 65, playing a teenage Joan of Arc.
Gloria Swanson memorably said in Sunset Boulevard, as television drowned out movies: “I was big darling. It was the pictures that got small.”
That never happened to Bernhardt – when France got too small-minded for her, she took on the world.
And like the actor, this show deserves a bigger stage.
I, for one, would like to see it performed in France. They would be sure to appreciated it now, 100 years later.
C’Est La Vie – Sarah Bernhardt and Me: the Old Sorting Office Arts Centre, Barnes, 8pm, until Thursday January 24.