A glimpse into the real India: Christopher Walker reviews Behind the Beautiful Forevers, now streaming.

The colourful characters and tragic stories she experienced there led to her book Behind the Beautiful Forevers.

David Hare’s stage adaptation for the National Theatre packs just as great a punch, and should be watched by anyone not familiar with the work.It is humbling. 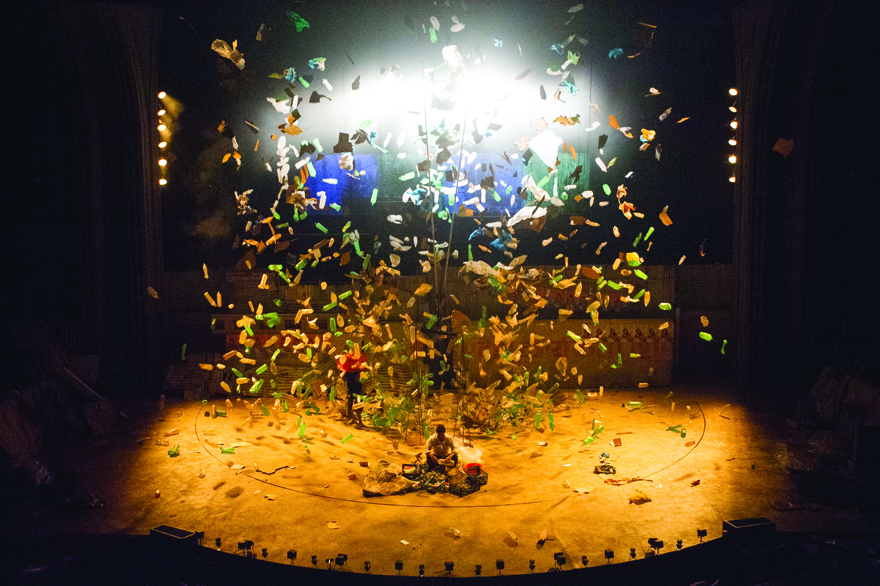 Annawadi is one hell of a place. Literally.

Created by desperate migrant labourers on marshland outside Mumbai’s International airport, its stories are not for the feint-hearted.

The desperate residents live cheek by jowl in squalid, makeshift squats, where they fight, and try to live off each other.

The main occupation is collecting and selling rubbish to India’s thriving trade in second-hand plastic and metals.

These are the people who refuse to “get out of the way of Modern India.”

Designer Katrina Lindsay’s constant bustling scene changes give a good sense of the shifting sands of the inhabitants’ lives.

Her garbage strewn set – all rubbish was recycled from the National Theatre’s own staff’s throwaways – is topped up every so often by an overhead plane dumping a new load.

For once I’m glad not to be sitting in the front row.

The play opens with a ‘Slumdog,’ Abdul (the likeable Shane Zaza), sorting through the day’s haul.

He is the most talented garbage ’picker’ who has made his family’s fortune. 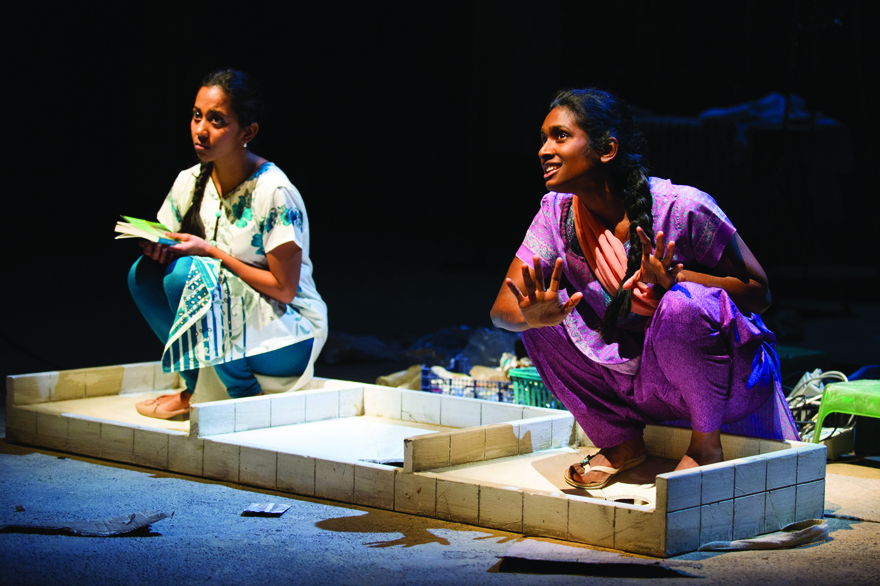 Though as Muslims they are treated as outcasts by many of Annawadi’s residents.

He is a charmer, along with his friend Sunil – the hilarious Hiran Abeysekera . A scavenger who is used “to rats that emerged from the woodpile while he slept, and to a state of almost constant hunger.”

Through them we gradually understand what life is like in Annawadi, and it isn’t pretty. But the play is really dominated by the women.

In particular, the three middle aged women who desperately try to hold their families together.

She bosses everyone around, and stuffs the cash away. But she meets her match in her even more coarse, if comical, neighbour Fatima, or ‘One Leg.’

They squabble lazily about the common wall between them which Zehrunisa is getting Abdul to put a shelf on to keep their food away from the rats on the floor.

More successful is the third of the strong women, Asha (Stephanie Street) who is Annawadi’s unofficial ‘slumlord.’ 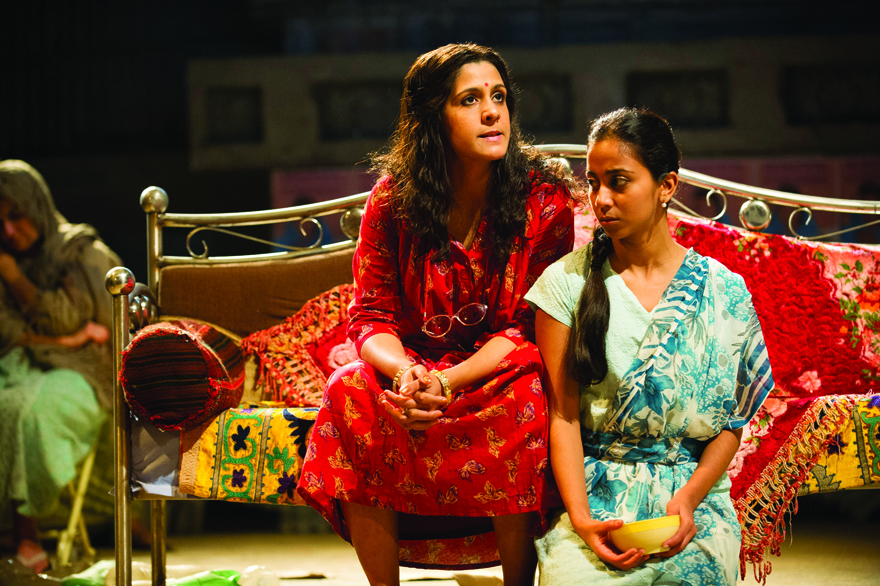 Someone chosen by the authorities and the police to run the slum in their interests. She is amoral.

We encounter her early on refusing to help a dying man, an old family friend, because he will not pay her a big enough bribe. She holds out for more.

Although apparently the most successful of the women, we later learn at what price. Asha’s daughter Manju (a well-cast Anjana Vasan) is almost the polar opposite of her mother.

Tender-hearted (or as Asha sees it “soft-hearted), she seeks to escape the oppression of young women familiar in Annawadi.

She’s forced to meet up with her friend Meena (Anneika Rose) in the only place possible – the women’s public lavatory.

The events of this play are beyond tragic – grinding poverty studded with assaults, suicides and even murder.

There is a ‘no holds barred’ portrayal of the corruption that is rife in Indian society.

And yet it is compulsive viewing for those of us who, as one character says, too often hide from the real India behind the walls of our luxury hotels.

Available to stream at ntathome.com.

Pictures: Scenes from Behind the Beautiful Forevers