Adam Barrett was delighted with the application of Millwall’s players after they eased their way into the third round of the EFL Cup.

Goals from Ryan Leonard, Connor Mahoney and Matt Smith secured the Lions’ passage and they will face either Burnley or Sheffield United at The Den next week.

“These ties can be really difficult and we’re delighted we’ve come through it. There are bits that we can improve but we’re pleased to be through to the next round. The application from the boys has been superb.”

Scoring goals was a big problem for Millwall last season but they have managed six across their two EFL Cup ties against Crawley and Cheltenham. 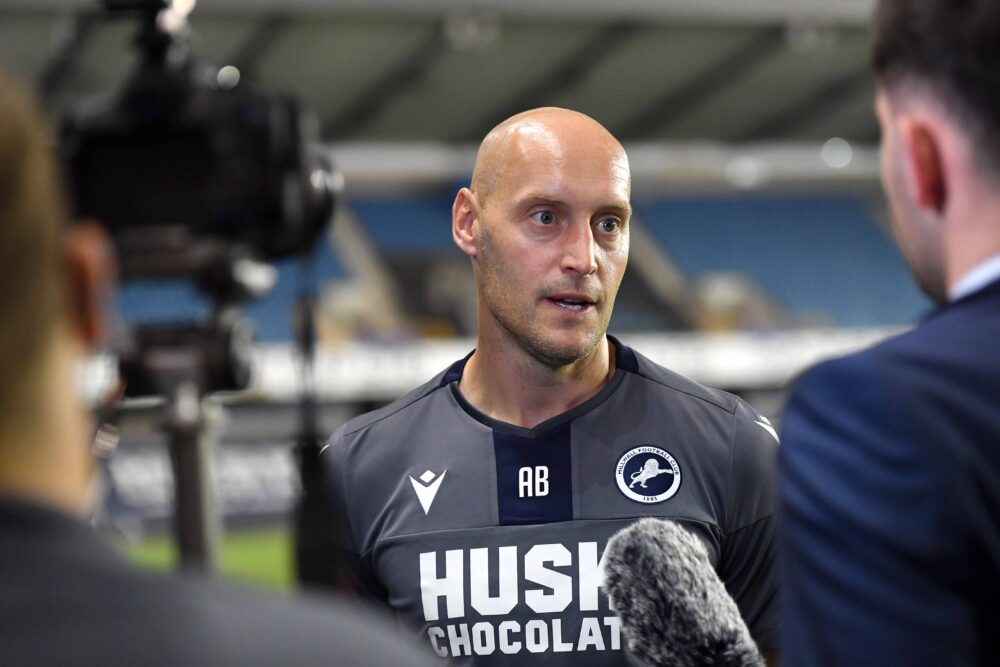 Barrett said: “It’s nice to get lads on the scoresheet and the boys get more minutes under their belts. With pre-season being so short they’ve all had match minutes and are in a good place.”

The Lions have two wins and a draw from their first three competitive games this season ahead of Saturday’s trip to Rotherham.

“We’re delighted with the start,” said Barrett. “Confidence is starting to build. We’ve got a little bit of an unbeaten run going, I know it’s only three games, but hopefully we can take that into Saturday.”

Ryan Leonard scored the opening goal of the game after Tom Bradshaw’s lay off, another effort from outside the box.

Barrett said: “Lenny’s got that ability, he arrives late on to things really well. He’s definitely got the capabilities to score goals. He’s had a good start. He’s got a cracking shot on him, and I’m delighted for him tonight. Without a doubt he can score goals for us.”