When the news that Steve Parish and his co-owners were keen on Roy Hodgson extending his stay at Crystal Palace for a further 12 months, I was more than pleased.

My only concern was that the ‘1’ didn’t have a ‘0’ next to it on the contract. I would have been happy to see him in charge for the next decade!

Imagine that. Roy in charge of his boyhood team at 82. The way he has performed so far, Croydon’s favourite son has shown there’s no substitute for experience.

Perhaps another question should have been how he was actually going to put pen to paper when he has had to operate pretty much with both his hands tied behind his back?

I can only assume Roy must be handy with a pen between his teeth!

Having followed the Eagles’ fortunes for 44 seasons, the 50-year-old me is not the nostalgic sort. I can honestly say that Roy is the best Palace have ever had.

What more could a follower of Crystal Palace want? A local man, a football man, a boyhood fan, a man with the highest level of integrity – in charge of their club. 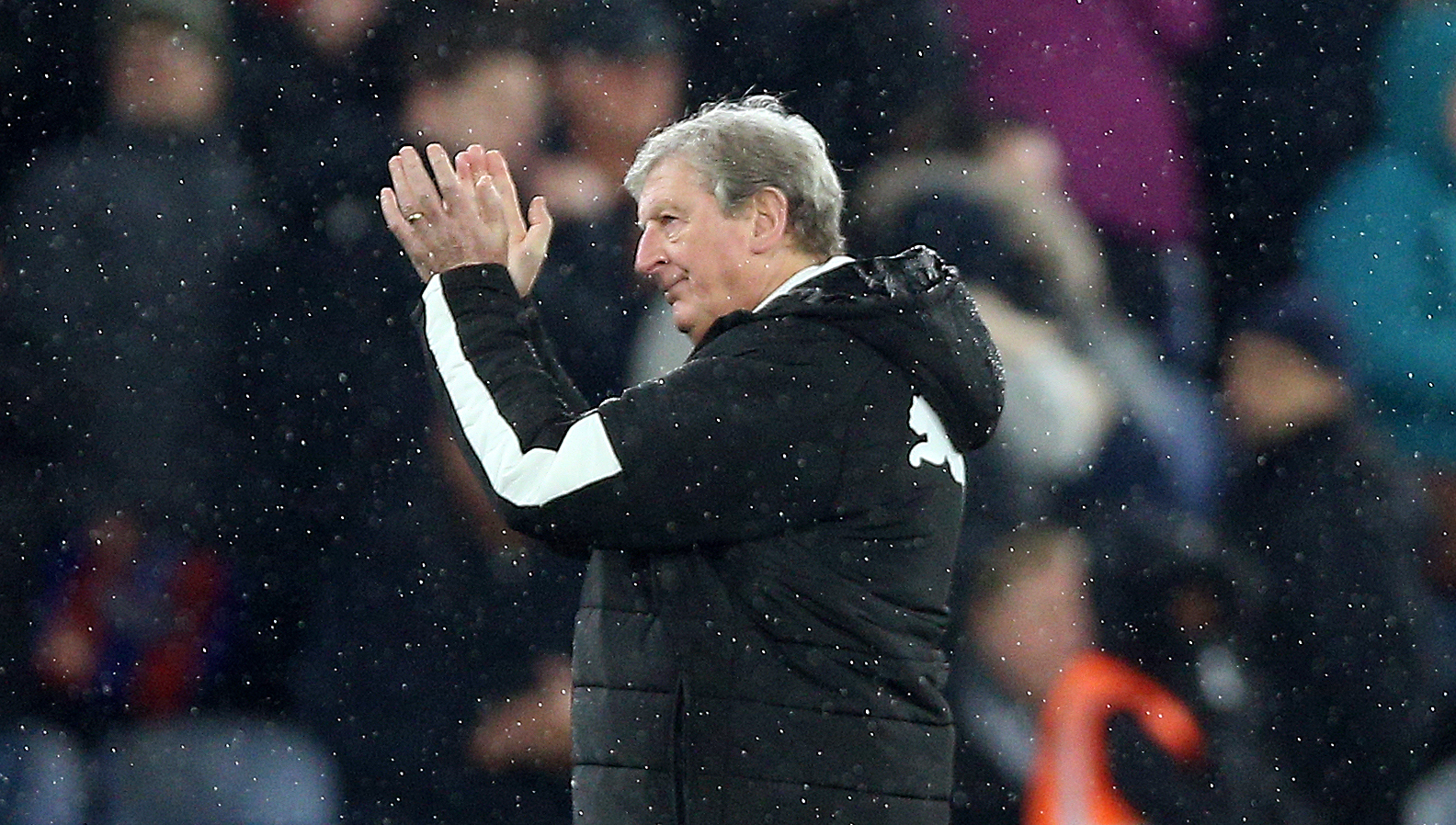 When Hodgson was appointed in September 2017, there was a certain amount of media scepticism. I distinctly remember cursing at the radio as cheap shots were fired in the former England manager’s direction by Andy Goldstein (you know the annoying bloke on the radio that comes from London and “supports” Manchester United) who rather disparagingly branded the new manager as “Hodgasaurus” – not that anybody should be too concerned by the words of a poor man’s Tim Lovejoy!

The “dinosaur” promptly set about trying to keep Palace in the Premier League, innovating with a system without any orthodox strikers, keeping his team comfortably in the Premier League, finishing 11 points clear of the drop after what could best be described as the ‘De Boer debacle.’ More of a Tyrannosaurus Rex for me.

That was Roy in a nutshell. Working methodically, cleverly and thoroughly.

Last season, Hodgson delivered Palace’s highest-ever points total in the Premier League, with the team finishing 11th, despite the Eagles spending little in the transfer market in order to support the manager. The club were never fancied to go down and finished 15 points above the relegation spots. No panic. No drama.

This year it has been much the same. The funds received from the sale of Aaron Wan-Bissaka have yet to be reinvested and the manager has had to work with a threadbare squad, which currently contains just 18 outfield players, one centre-forward, three wide players, one right-back and one left-back.

With limited numbers at his disposal, during the Christmas period Hodgson had to contend with a huge injury crisis, with the bench often featuring untried youngsters . Yet his team have 39 points with nine games left and an eighth successive Premier League season is almost secure.

Given all of that, it’s hard to understand why there is any kind of dissent towards Hodgson. Mid-table security and being an established Premier League team is what everybody craved right?

Strangely, It seems the style of play and the level of entertainment is often questioned.

The passing style adopted by Roy, where Palace play through the pitch and are very comfortable in possession, is not something I can ever remember being able to enjoy in the Premier League.

But it seems that old problem of nostalgia plays tricks with peoples’ minds.

The three successive 1-0 victories enjoyed in recent weeks are the hallmark of a well-coached, well-organised team who know what it takes to garner points in the best league in the world.

Did Palace ever play a more exciting brand of football previously in the Premier League?

In years gone by, it has been more of a backs-to-the-wall approach with emphasis on counter-attacking football. 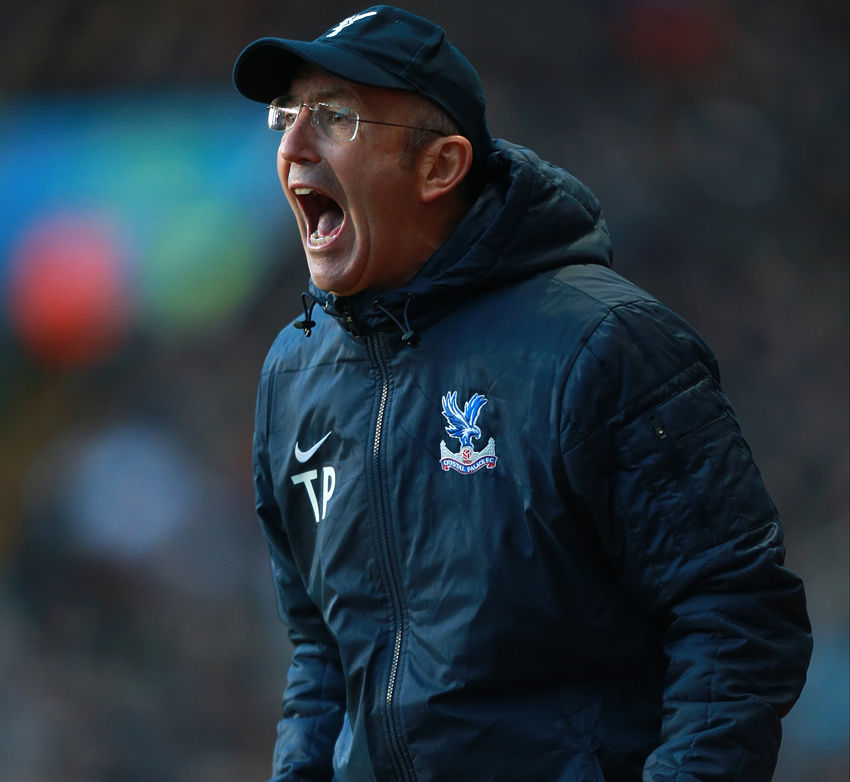 Tony Pulis, inset, did a fantastic job keeping Palace in the top-flight in the first season back – nobody could argue with that – but it was done in a pragmatic fashion, built on keeping clean sheets and a solid foundation.

Neil Warnock didn’t win too many in the next period before Alan Pardew’s front-foot approach seemed to change the picture. The problem was that as time passed, the lack of clean sheets caught up and results became harder to come by, with fans longing for a more defensively structured approach in order to come out of the positive side of open encounters.

Sam Allardyce kept the team in the league with the help of very heavy investment winning eight of his 21 games in charge. The highs were victories over Arsenal, Chelsea and Liverpool. The lows were heavy defeats at Manchester City, West Ham and that February afternoon when bottom of the table Sunderland had scored four before half-time. In general it was decent to watch.

So, what defines “entertaining football?” Is it a playing style? Or is it the players that operate within it?

As my late father used to often say: “Beauty is in the eye of the beholder.”

My overriding feeling is that fans want to see their team win above all else.

If you believe some of the fanbase, it is not playing the ‘artists’ like Max Meyer as a ‘number 10.’

Upon closer inspection, statistics show that the diminutive German – on average  – plays fewer forward passes than both James McArthur and Jeffrey Schlupp and has three assists and one goal in almost 2,000 Premier League minutes. As is often the case when talking about players in this role, it is more romantic notion that fact.

Wilfried Zaha is as “entertaining” as it gets. I am pretty sure Roy has made it clear that he would love to add more forward players with the ability to produce an individual moment of brilliance, but that is a question for the sporting director and hierarchy.

The winning goal against Watford was started by goalkeeper Vicente Guaita and six passes later Jordan Ayew was adding to his catalogue of spectacular strikes. It doesn’t get better than that.

When talking about style, last weekend’s opponents are a great case study. A team that thrashed the previously unbeaten champions in waiting seven days’ earlier, are now under Nigel Pearson, a different proposition to that that was beaten 8-0 by Manchester City back in September.

In the previous two seasons Palace have been in the top eight for shots at the opposition’s goal.

This year they sit 19th, which again suggests that the matter is more personnel based than style.

Anybody who thought goals wouldn’t be hard to come to by when the transfer window shut in August may not have been on planet Earth.

The fact that the Eagles have amassed such a healthy number of points is further testament to the man in charge.

Therein lies the real frustration. What could Hodgson have achieved this season with those huge voids in the playing squad filled properly, particularly when you consider four of the big six are in somewhat of a transitional period?

The loss of Cenk Tosun was a further spanner in the works, but with players returning to fitness Palace could yet eclipse last season’s points total, which would be pretty miraculous given the restraints. Let us hope and pray that he is supported this summer in the transfer market.

Roy is easily Palace’s longest-serving manager in the Premier League. I consider it a real privilege to have a man who has achieved so much in the game in charge.

Long may it continue!

***
Adam Sells is the managing director of Sells Goalkeeper Products. He has followed the fortunes of Crystal Palace since 1976, working within the club’s academy for more than 15 years until 2013. He is a licensed intermediary, representing a number of goalkeepers, including Julian Speroni.