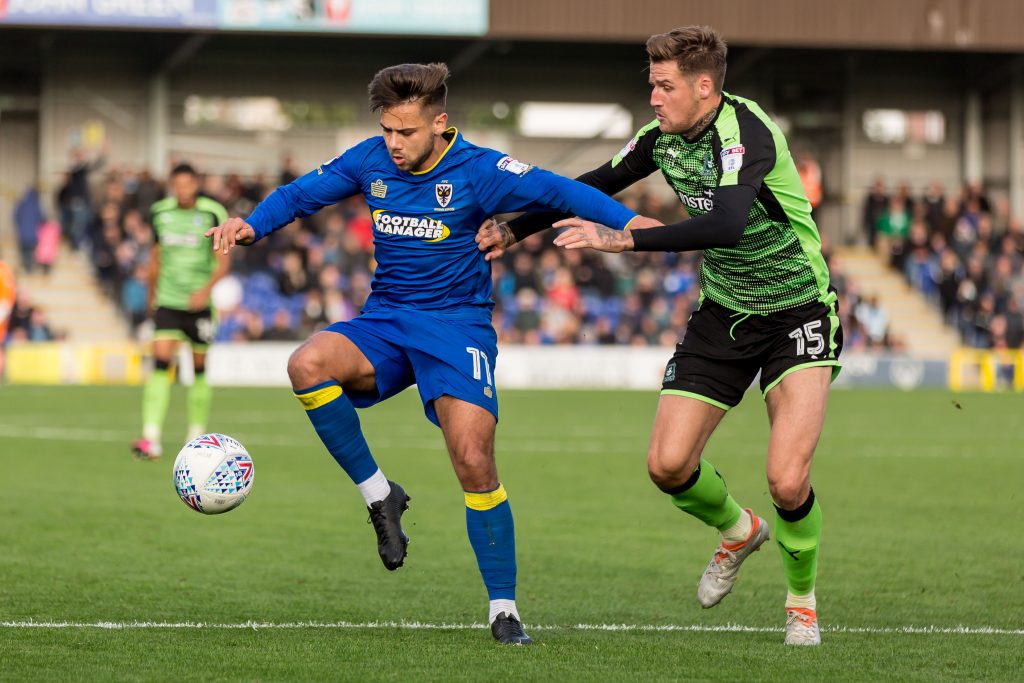 Having started with a 4-4-1-1 formation, AFC Wimbledon manager Neal Ardley twisted to a 4-4-2 and 4-3-3 in the second half but was unable to find a response to the 65th-minute strike from Plymouth’s Joel Grant that halted his side’s recent recovery, writes Anthony Scales.

The hosts had started brightly against a side propping up League One but lost momentum as the half wore on. The closest they came to scoring were curling efforts by the impressive Harry Forrester and George Francomb that were off target.

Plymouth almost found a way through just after the interval when Jake Jervis got the better of Francomb down the right and a stretching Grant was inches from connecting with his cross. Pilgrims’ Graham Carey whipped a free-kick into George Long’s sidenetting not long afterwards.

Grant made the breakthrough, crashing home via the underside of Long’s bar after the Wimbledon defence – on the back foot after Lyle Taylor surrendered possession with an ill-judged backheel at the other end – allowed Carey to dribble into their area from a deep position for a second time, the Argyle midfielder providing a perfect sliderule pass to the goalscorer.

The switch to a three-pronged attack for the final 12 minutes saw Wimbledon pour forward and Andy Barcham went down in the area over one of Toumani Diagouraga’s long legs in vain two minutes from time, moments before an Egli Kaja cross saw fellow sub Cody McDonald head goalwards only for Plymouth keeper Remi Matthews to tip the effort onto his bar and over.

There was still time for Matthews to save spectacularly from Forrester and for a Barry Fuller rocket to be charged down from the resulting corner with Taylor and Barcham getting in each other’s way five minutes into added time as Will Nightingale pumped the ball into the six-yard box, but the goal would not come.