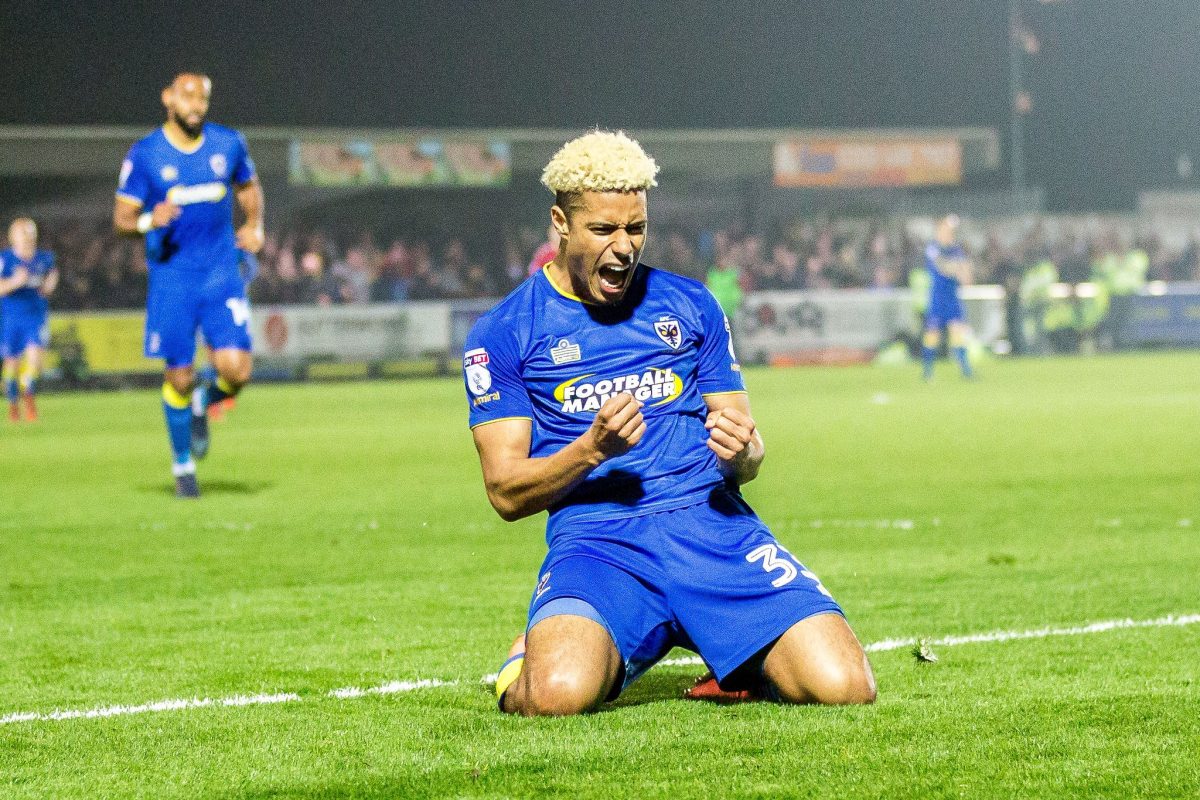 By Richard Cawley at the Cherry Red Records Stadium

The Addicks stay in the sixth and final play-off place but this was a desperately poor attacking display as they failed to force George Long into a single significant save.

And Taylor punished a slip by Patrick Bauer to score the only goal just before half-time. Wimbledon deserved the three points, putting in a big defensive shift.

The first half had failed to produce enough opportunities with wayward shooting – but the main two fell to the home side.

Amos came out to block Harry Forrester’s shot as he broke forward on the right of the box, Ezri Konsa just arriving in time to prevent Taylor getting onto the loose ball.

But Taylor had his goal just before half-time. Bauer slipped and it left the Dons striker with a clear path to goal, which he gratefully accepted before tucking beyond Amos.

Joe Pigott, starting against his former club, twice put shots too close to the Charlton number one.

The Addicks, with Stephy Mavididi and Michal Zyro not clicking, struggled to make a dent in the Dons rearguard despite an enforced change, an injured Will Nightingale going off to be replaced by Darius Charles.

Jake Forster-Caskey whipped in one excellent free-kick which failed to get a connection while his corner kick – met by the head of Bauer – looked to have been inadvertently blocked by Mavididi.

It needed a superbly-timed tackle by Lewis Page to stop Harry Forrester’s surge into the box at the start of the second half.

Charlton’s one moment of threatening came when Jason Pearce’s header came back off the left post, with Liam Trotter quite possibly getting a vital nick on it.

It was a desperately lacklustre showing from Bowyer’s side, who failed to match Wimbledon in terms of determination.

The result moved Wimbledon up to 19th in the table.