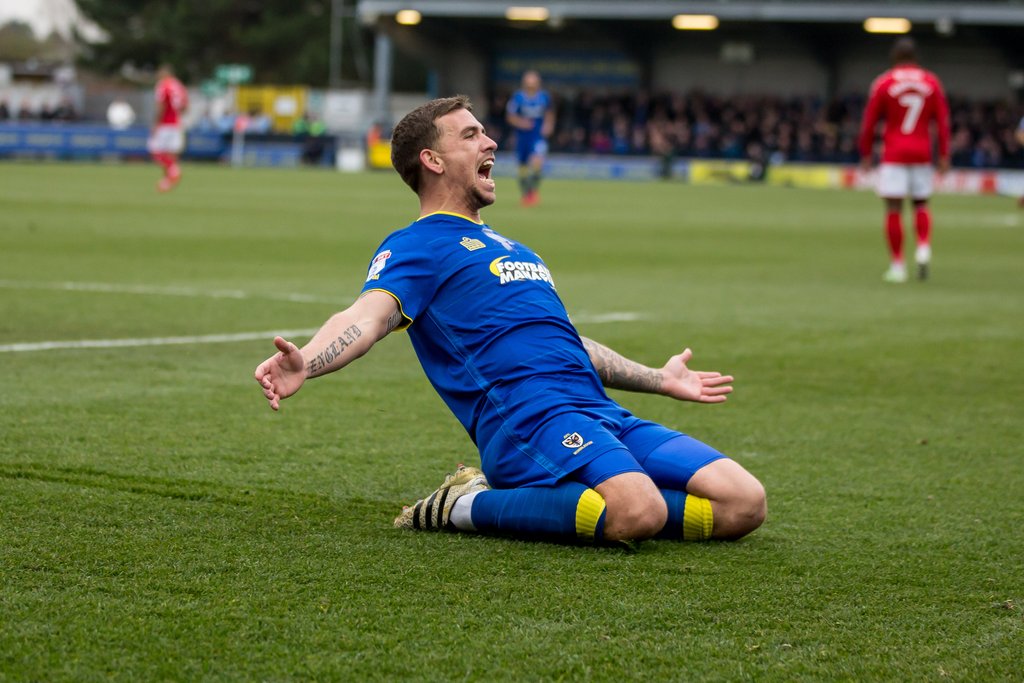 Goals from Cody McDonald and Karlan Ahearne-Grant saw the two sides go into the break on level terms. But a second-half brace from Taylor, including one from the penalty spot, secured Neal Ardley’s side’s place in the hat for tomorrow evening’s third round draw.

The Wombles’ Harry Forrester dragged across the face of goal before Ahearne-Grant was denied from close range following Jay Dasilva’s enterprising run and pull-back as both teams looked to make ground in the opening exchanges.

It would be the hosts who edged ahead in the ninth minute. Deji Oshilaja’s persistence in the Addicks area led to a mix-up between goalkeeper Ben Amos and defender Ezri Konsa. Oshilaja stole in to take the ball past the keeper, with McDonald there to turn home the loose ball.

Taylor soon struck the side-netting from inside the area as Charlton took a few minutes to recover from their early set-back.

Addicks winger Ricky Holmes, who opened the scoring with a set-piece in the corresponding league fixture last term, saw a free-kick hit the defensive wall, before George Long in the home goal easily held his volleyed effort on the rebound.

The visitors drew level midway through the first-period. Good link-up play released Mark Marshall down the Dons’ right. His cross-come-shot was turned home by Ahearne-Grant, who grabbed his second goal in as many games.

Amos was at full-stretch to touch Taylor’s low drive away from goal, whilst at the other end Josh Magennis was denied by a last-ditch block as he looked to tap home following another incisive run and cross from Marshall.

The Addicks started the second-period on the front-foot and came close to holding the lead for the first time in the contest when Holmes stuck a foot out at the near post, but Long smothered his effort behind.

Long was then called into action again, reacting superbly to adjust after Dasilva’s shot looped off a defender. The goalkeeper finger-tipped the ball onto the post, with Magennis off-target with the rebound.

The home keeper’s good-work was further rewarded as the Dons retook the lead with twenty minutes remaining. The referee played advantage after Cody McDonald was fouled midway through the Charlton half, with the former Gillingham man regaining his footing and bursting into the area. Konsa came across to deal with the danger but the ball fell nicely for Taylor to sweep past Amos from ten yards.

Taylor put the game beyond doubt with his second and the Wombles’ third ten minutes from time. Anfernee Dijksteel hauled Andy Barcham down just inside the area, with Taylor stepping up to send Amos the wrong way and Wimbledon into the third round of the FA Cup for the second year running.