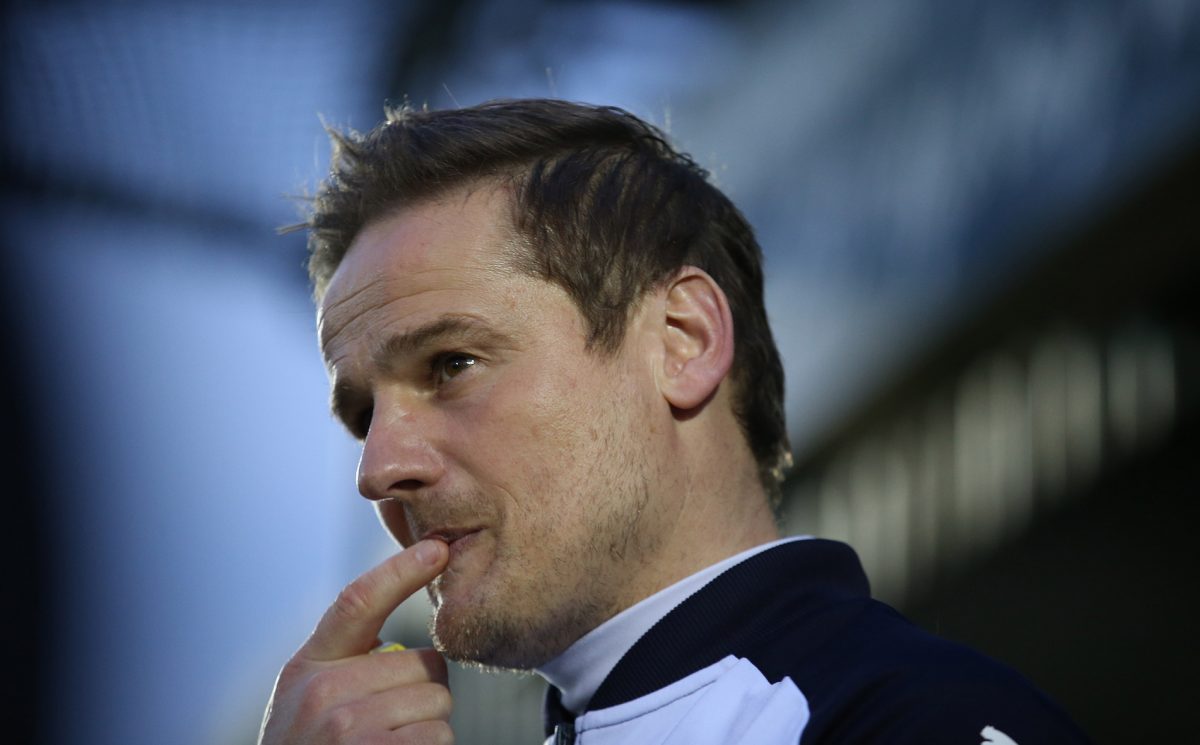 AFC Wimbledon boss Neil Ardley said he was delighted that his side carried out their game-plan “perfectly” in their 1-0 victory over Charlton at Kingsmeadow on Tuesday.

Lyle Taylor capitalised on a mistake in the Charlton back-line just before the break to score the only goal of the game and moved the Dons four points clear of danger.

Ardley said: “We knew we were going to be at our absolute best to get anything from the game and I thought we were foot-perfect.

“The goal comes from what we did yesterday in training, when we pressed. I know it was a mistake, and I know we might not have got it if he didn’t, but we made them go backwards five times before he slipped and miss-hit the pass.

“That was all part of the work was did yesterday. So, it’s very pleasing as a manager and a coach to be able to achieve that in an hour session, but the players deserve all the credit, they were brilliant.

“We tried to work on a game plan. And we had to do it in a way that didn’t tire them out. We had to try and get the intensity right, to show them if we get it wrong what will happen.

“They play a diamond. They play fluid football and the boys went out there and carried it out perfectly, so tactically, we were spot on. We played 4-3-3 with wingers. We thought that if we played with one up, it would be too easy for them to play out from the back. There full-backs get so high and wide that our wingers would have ended up defending and being full-backs and it would give them control of the game.

“We sat down and said the best way to win this game is to not make it a nice tactical game where they can play, passing the ball. We need to get in their faces and we need to have two forwards, because at times you can’t play through a diamond because it’s too congested in there, so you need to be able to get wide, get their full-backs out of position and get your centre-fowards running in behind and when you’ve got Lyle Taylor playing the way he did today and the way he has done the last few games, he can cause anyone problems.”

Taylor’s 45th minute strike was his 17th goal of the campaign and handed a first defeat to Addicks boss Lee Bowyer. It was the third time Taylor has found the net against Charlton this season after his brace in the FA Cup in January and Bowyer admitted that the Wimbledon strikers performance was “outstanding’.

The Addicks failed to muster up a shot on target in what was their poorest performance since Bowyer took over. Jason Pearce came closest to equalising, but his header struck a post in the second-half.

Ardley continued: “I thought in the end, they have hardly had a chance. They have had no shots on target and we’ve ended up having some really good moments. The work-rate and the tactical focus was absolutely outstanding. We talked about it when the Doncaster game got called off. We said, we need seven high-quality performances

“I think the last four or five performances has been really good, but we haven’t managed to get he points we wanted from them, but today we were immense and it gives us a chance. It gives us a platform. We have got five more games and we have got a chance to do what we want to do. Honestly, I don’t look [at the table]. If we can get as many points as we can, we give ourselves a chance.”