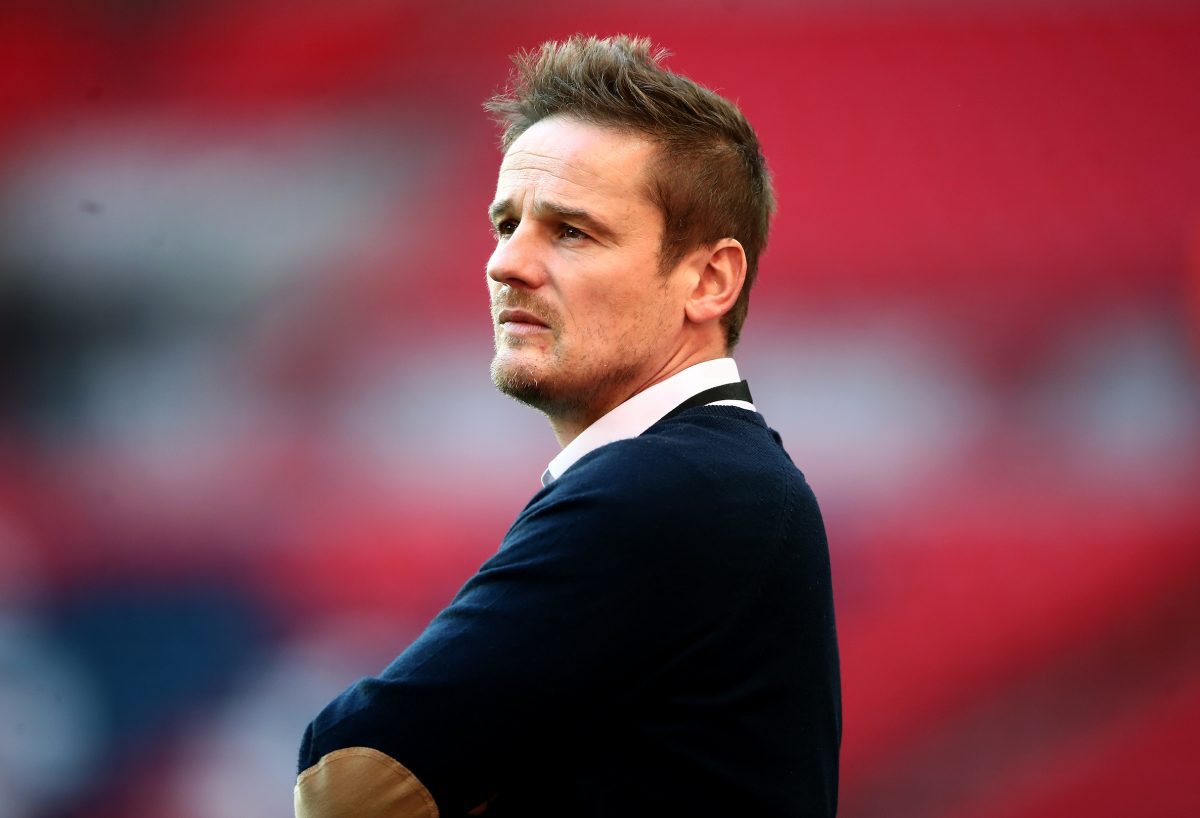 If there is anyone qualified to talk about the pressures and strains of management, then you don’t have to look further than Neal Ardley.

The 45-year-old has clocked up over five years at the helm of AFC Wimbledon and is fifth in the list of longest-serving bosses.

Ardley will manage his 300th match in charge of the Dons on Saturday when Oldham Athletic head to the Cherry Red Records Stadium. A third straight win might be enough to finally fend off League One drop fears.

Yet the former Wimbledon and Millwall winger admits this season has been one of his toughest since taking charge.

The Dons won the League Two play-offs in 2016 and finished 15th in the last campaign.

But the 2017-18 programme has been attritional. Kwesi Appiah has missed nearly the entire season with Cody McDonald also sitting out a sizeable chunk of it.

Although Joe Pigott arrived to take some of the burden off Lyle Taylor – Wimbledon also saw two January striker targets slip through the fingers with Freddie Ladapo performing a late U-turn to sign for Southend United.

Goals have been an issue – despite creating 25 per cent more clearcut targets than the opposition. Attacking talent costs. Ardley has one of the lowest budgets in the division.

People talk about managerial burnout, the demands of the game. Ardley is at the sharp-end, away from the glamour. So how does he cope with that?

“I’m not going to lie, it’s been tough. And probably this season the job has consumed me more than any other season. You’d think with experience, over 250 games under your belt, that wouldn’t be the case.

“It’s difficult because the expectation in football keeps growing. The realism in football diminishes throughout every club. We’ve been in a relegation fight all season and have got a bottom four budget.

“Some of them things are tough. It’s not a thankless task, but it is a task which is very hard to win people over because you’re constantly battling elements. This season has probably been my toughest with that.

“Transfer windows are getting harder for us. We’ve got a small pool – we can’t get people from up north to come and join us because they can’t afford to live – it’s getting harder to attract them.”

Mick McCarthy was the longest-serving boss in the Championship until stepping down last week, moving Ardley up the long-serving list.

Asked if those kind of lengthy spells in charge will soon not be seen in the domestic game, the Dons manager replied: “Probably not. I speak to people like Sean Dyche and various people, what I do know is that the job from five years ago to now is 10 times tougher.

“There are other factors. The hardest part about football management is realism.

“Ultimately I’d be better off not getting promoted against all the odds two years ago – having a couple of play-off pushes, being on the verge of it, winning games and everyone scoring goals – than going into a really tough league with a low budget and trying to hold on in there.

“You pay for your success. I’ve seen many a manager win the divisional award at the LMA dinner at the end of the season and three months later they are out of a job.

Social media has certainly given supporters a more potent platform to hammer home their views, compared to years ago when football phone-ins, writing letters to the local paper or dissecting a game in the pub with friends were the only outlets.

“Social media means people can sit behind a phone and get really vicious and nasty because they can be a lot braver sitting on their phone rather than if they came and stood in front of you.

“I don’t do social media and other things. What I do know is it affects other people around the club. It doesn’t influence me, but it will influence the board, they probably go on it and they read the chat sites and stuff.

“It’s a world where anyone in a position of power is there to be shot at. Everyone in football has a different opinion, would pick a different team and would win a game of football regardless. You can’t win.

“It [managing 300 games] is a wonderful achievement. It’s something I’m very, very proud of. The main thing is I have massively taken the club forward from when I took over. A lot of the stuff is off the pitch, that people don’t realise or it doesn’t always relay onto the pitch. But the board, Erik [Samuelson] the CEO can see the stuff I have done.”

Ardley has gained experience of working with tight financial constraints.

He has come a long way since moving from heading up Cardiff City’s academy to take on the AFC Wimbledon job in October 2012. The club were 21st in the League Two table at the time, the likes of Dagenham, Morecambe, Torquay and York City all ahead of them.

Yet Ardley reckons he has not mastered management.

“I’m not sure you ever will,” he said. “I don’t think even people at the top of the game do. You have your ideas – sometimes at the right club you can fit them in and at others you have to adapt them.

“I’ve been at one club, I might one day be working at a different club and I’ve got to go a different way because of the culture of the club and what is expected.

“I never mastered playing football, so I don’t think I will ever master managing it. I can improve and get better but master it? I’m not so sure.

“I did my first set of coaching badges at 24 and my second set at 30. I was learning all the time. I was getting better as a player but still thinking ‘there is this and that’. You’re still doing it at 33 and 34.

“I still speak regularly to Paul Robinson and Barry Fuller and they say ‘I’ve never done this before in my career’ or ‘I’ve never looked at it that way’. And that is at the age of 33, 34 or 35.”