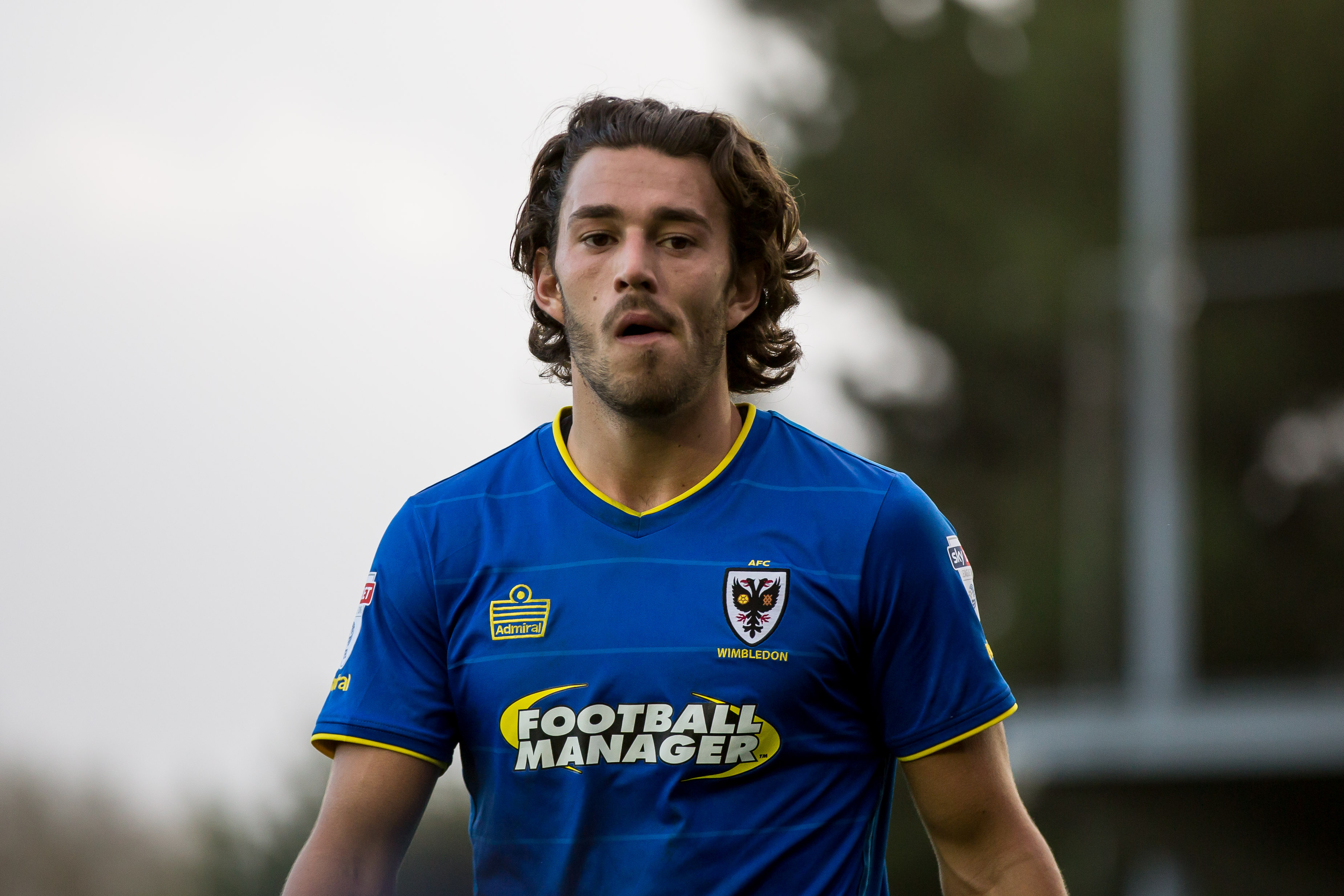 AFC Wimbledon Sport
27 October 201726 October 2017 Richard Cawley 0 Comments
Will Nightingale has revealed he analyses all of his performances for AFC Wimbledon – setting it up so that he can see footage of everything he does in a match.
The 22-year-old central defender has started nine of their last 10 matches in League One.
And Nightingale will scrutinise himself, viewing it as a key tool in his development.
“The club film the games but off my own back I’ve got something where I can look at all my clips – every single touch of the ball that I’ve had,” said the Dons academy product.
“I already did it on Tuesday [for Saturday’s 1-0 loss to Plymouth]. Sometimes we will get pulled into the office in training and they will go through the clips. I like to know first so I know what is what, rather than going in blind. Then I can have my own opinion as well.
“I like to think it improves my knowledge and game management. I can be my own worst enemy. I like to have the perfect game and not make any mistakes but any player will usually make at least one.
“When I do make a mistake it plays on my mind. Some people may say I care too much – but why shouldn’t I? Why not make the most positive impact on the team to try and win games?”
Nightingale has always been highly-rated at AFC Wimbledon but a succession of injury setbacks – including major knee problems – had slowed his progression.
But he has started nine of their 14 League One matches this season, played 120 minutes in the EFL Cup against Brentford and only been out of the matchday squad for the 2-0 defeat to Milton Keynes.
“I was due to start that one but had a bit of trouble with my neck,” said Nightingale. “It has been my best start to a season in terms of appearances – I’m not looking to stop there.
“If I’m not picked to play I will go away and work as hard as I can. If I am in the side I will do everything possible for the fans, club and myself.
“I feel strong and sharp. If you look at the chances created against Wimbledon – compared to the rest of the league – there are not many. I think that justifies my case.”
But while Nightingale is content with his own involvement, the same cannot be said for the Dons’ struggles in League One. Saturday’s reverse to bottom club Plymouth Argyle leaves them 19th in the standings.
“In terms of league position, I’m not happy at all,” he said. “I’m sure the fans aren’t happy and I’m sure the club aren’t happy. We want to achieve big things and we should be aiming high and not settling for just doing okay.
“We’ve had some high points – going to Blackburn and beating them 1-0 – and drawing with a Championship side in Brentford. But we’ve also had some lows and need to limit those as much as possible.
“Just as we started to put a little run together with back-to-back wins over Northampton and Rotherham, who had been flying, we slip up on Saturday.
“You take their goal out and I think they only had one other chance apart from that.
“I’m a local lad and I’ve been here a long time. Every time I cross that white line I give 110 per cent. There is never a lack of trying.”
Nightingale was an unused substitute when the Dons last headed to Saturday’s opponents Charlton in mid-September 2016. A 2-1 victory in SE7 – due to late goals from Tyrone Barnett and Dominic Poleon – secured only a second league win. It sparked a nine-match unbeaten run, six of those victories as Neal Ardley’s men moved into striking distance of the play-off places.
“Sometimes you need those turning points to kickstart you,” said Nightingale. “It would be nice to get another result there but I’m under no illusions that it is going to be easy. It will be very tough.
“I’ve heard they are flying this year. You’ve got to respect them but we’ll go there with confidence – on our day we can cause anyone a problem.”
Wimbledon and Charlton do not have a fierce rivalry or history that builds this weekend into a grudge contest.
And Nightingale says he will treat the build-up no differently.
“I hate losing – no-one hates it more than me,” he said. “It is different for everyone, if you can use it being a derby as an incentive then why not? I’m all for using every advantage you can.
“It’s a derby but I try and prepare myself right for every match. We’ve got one big rivalry [Milton Keynes] and I haven’t played in one of them yet. I’m dying to get a game in the return leg at their place.”
There are those critics who believe the Dons have struggled following the summer exit of Tom Elliott.
Ardley has moved to a less direct approach without the same kind of powerful and big centre-forward in their midst.
Nightingale said: “As much as there are different systems and patterns of play, there is only so much a manager can do. A lot has got to come back to players. You’ve got to try and have a positive impact on the team, no matter what style you’re playing. It’s about showing heart.”