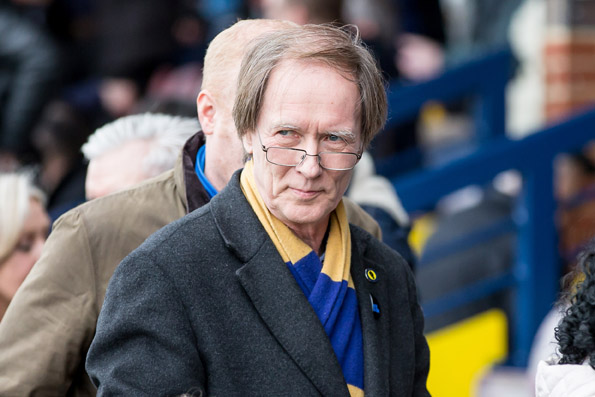 AFC Wimbledon are expecting their attendances to jump by at least 50 per cent when they move back to Plough Lane.

That is the verdict of Dons chief executive Erik Samuelson. Demolition work on Wimbledon Stadium has started, with the League One club hoping to be in their new home by the start of the 2019-20 season.

Samuelson said: “We will be able to accommodate more people and confidently expect crowds to be up by 50 per cent. The experience of other clubs has been that, ours will probably go higher but we budget 50 per cent because that’s the prudent level.

“But we will also be able to generate from non-football activities, which we can’t do at Kingsmeadow. The bars there are fine but they are basic. We will be able to have a sit down meal for 500 people in the functions area. There will be the ability to hold large weddings, conferences, banquets and even wakes.

“It will be fantastic. We will be able to generate a substantial amount of income which isn’t realistic at the moment.”

There have been so many significant milestones for the Dons since they reformed in 2002 – a necessity after the original incarnation of the club was allowed by footballing authorities to move to Milton Keynes.

Wimbledon have had to win promotions through non-league before becoming a League One outfit at the start of last season.

“It is fair to say that when I think what happened last Friday [demolition work beginning] it brings me out in goosebumps when you think about the distance we have come,” said Samuelson. “While there is still a long way to travel, we are on the final straight now. It is a very long final straight – but we are on it.

“This was something physical, that you can see. We could’ve had an event [announcing the demolition] quite a bit sooner, because there has been a lot of preparatory events going on in the stadium, but everybody expected something physical to happen – the contractors were not ready to pull something down until last week.”

It is hard for clubs to build in the capital – with space at such a premium. Crystal Palace were frustrated when they looked a number of years ago at options to Selhurst Park.

Millwall are also in a battle to safeguard land around their Den home.

“It has been incredibly hard to get to this point despite the unwavering support of the council – cross-party,” said Samuelson. “I would temper that by saying nonetheless they have put us through a rigorous process, because it needs to be done properly.

“They have been very supportive. I guess that makes a difference. Not all clubs can report similar levels of support when you talk to them.”

The contractor clearing Plough Lane is independent of the club – meaning that the Dons have no control over how long that process takes. Only when Merton Council have signed off that part can they begin to build the new ground.

That means that work might not finish in perfect timing for the desired completion date. So does that mean moving in midway thorough a season?

“We try to prepare for all eventualities,” said Samuelson. “In a few months time we’ll have a likely delivery date then we’ll have to consider things. It is something we are building into our plans.

“We’re not going to build in an entire year’s delay – that’s excessively cautious. But anyone who is prudent would have a plan B.”

Moving out of the Cherry Red Records Stadium would also open up a bigger spend for the manager.

“We upped our budget from the previous season by 10 per cent and fell two places in the [budget] table,” said Samuelson. “We expect to be able to raise it a fair chunk, which is terming it loosely.

“We haven’t set season ticket prices or ticket prices yet. We’ve had some consultants look at the likely income from catering. Now Joe Palmer [chief operating officer] is in place. We need someone who has got experience at Championship level [with Sheffield Wednesday].

“In the next couple of months we will revisit it, what is a reasonable target for extra income to generate from the stadium, including paying interest on the loan – what we can free up for the team.”

Wimbledon’s success in retaining League One status would be a major fillip to once they move into their new surroundings.

“Yes – or better,” is Samuelson’s response when asked about that. “It’s very important that we stay in League One if we possibly can.

“The club has been blessed, some might say it’s due to good [senior] management but I wouldn’t say that, that we’ve never really had a significant setback. There will come a time, someday, when it happens. But when it does, we’ll deal with it. We don’t expect to be in any other league than League One.

“I’m very confident that is going to happen this season.”

Clarity on the Dons’ status would also allow contract talks to commence with players set to be free agents in July – star striker Lyle Taylor being one of them.

Samuelson said: “It would be very nice to be confident enough to start negotiations with people but until you definitely know what division you are going to be in then what do you do?”