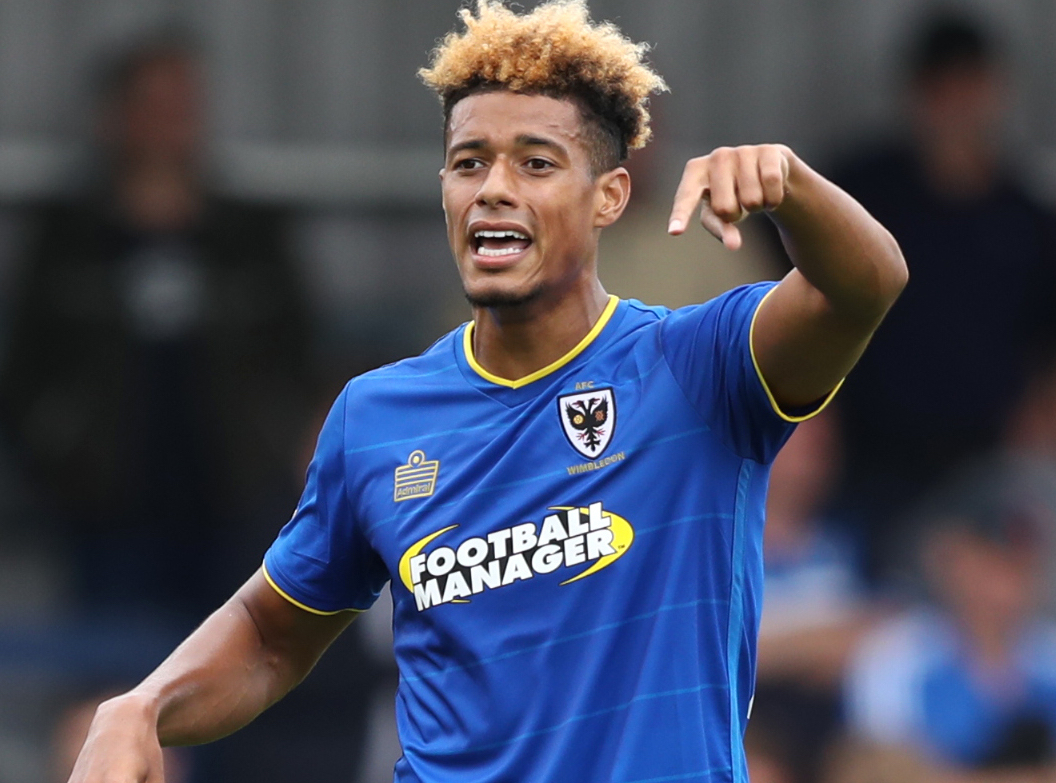 It had been six-and-a-half months since Lyle Taylor had last netted for AFC Wimbledon before their meeting with Rotherham on Tuesday night – and he admitted his scoring drought had been playing on his mind.

The Dons talisman bagged a hat-trick in Tuesday’s 3-1 win over the Millers as the South London club moved up to 18th in the table, writes Tom Edwards.

Taylor’s last goal before midweek came against Rochdale on March 28.

“I didn’t expect that performance from myself,” said Taylor. “It’s been awhile since I last scored, and that’s been playing on my mind.

“When it’s been as long as it has you tend to think too much. The last few weeks I’ve put pressure on myself to score goals, so it’s nice to be in a natural mindset right now.

“I’ve missed enough chances this season, I should probably have seven, eight or nine goals – but it’s not fallen for me.

“On Tuesday I just thought ‘let me do my job – the job I was asked to do on Saturday – and we’ll go from there.’”

Taylor certainly did that job – and then some. After the game he enjoyed a wonderful reception from the home support, most of whom stayed to salute the hero of the night.

Taylor said: “To score a goal is great, but to finally get my first football league hat-trick, and here in front of this mob, is really brilliant.

“I’ve been lucky enough to do well in a lot of the big matches this club has had over the two-and-half years I’ve been here – the play-off semi, the play-off final, the first time that lot [Milton Keynes] came here.

“It’s normally gone well for me and it’s been hard this year because it’s not been like that. I’m just glad I’m past that now and we’ve got the three points.  My family was here as well, which made it all the more special.”