Dapo Mebude had put the Dons in front, before Luke Leahy and Daniel Udoh turned the game on it’s head to give the Shrews all three points.

Robinson said: “Poor overall, just the lack of quality. We started bright, started well and then we gave them momentum through some poor decisions, some poor quality. 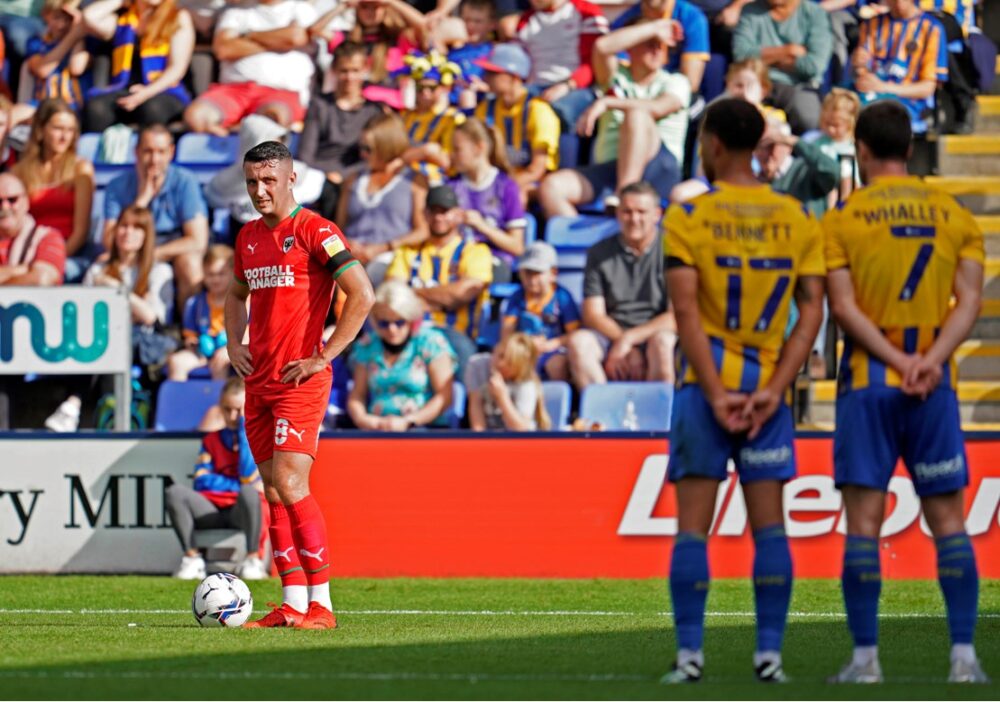 “We identified to the lads that crossing was where their strengths were and hence why we went with the shape we did, to try and pin there wing-backs back.

“We looked like we had a purpose, we were controlling the game to an extent, and then we made some real unforced errors that gave them some momentum and belief.

“But then, to be fair, we broke and got the goal, it was well worked. That’s what we didn’t do enough of when we won possession. We needed to break at that pace all of the time. 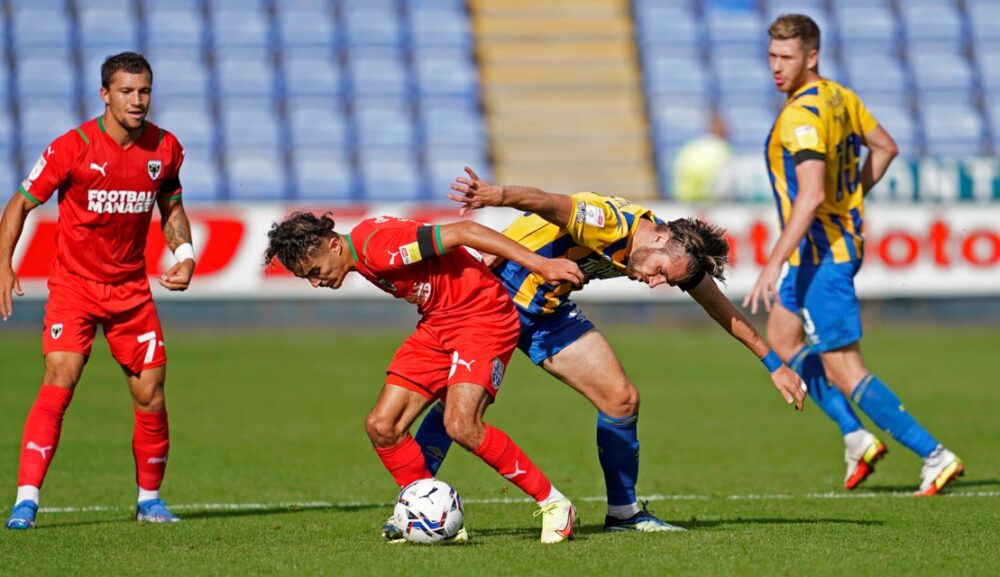 “I don’t want us to be a pretty football team, I want us to be really hard to beat and play against. Yes, we want to keep possession but it’s not about how many passes you make.

“I’ve said to the lads, teams are going to start sitting in more against us and that was the same against Plymouth and it’s happened again today.

“We’ve got to come up with a way of hurrying teams and creating more chaos, and not being so purist about what we’re doing.” 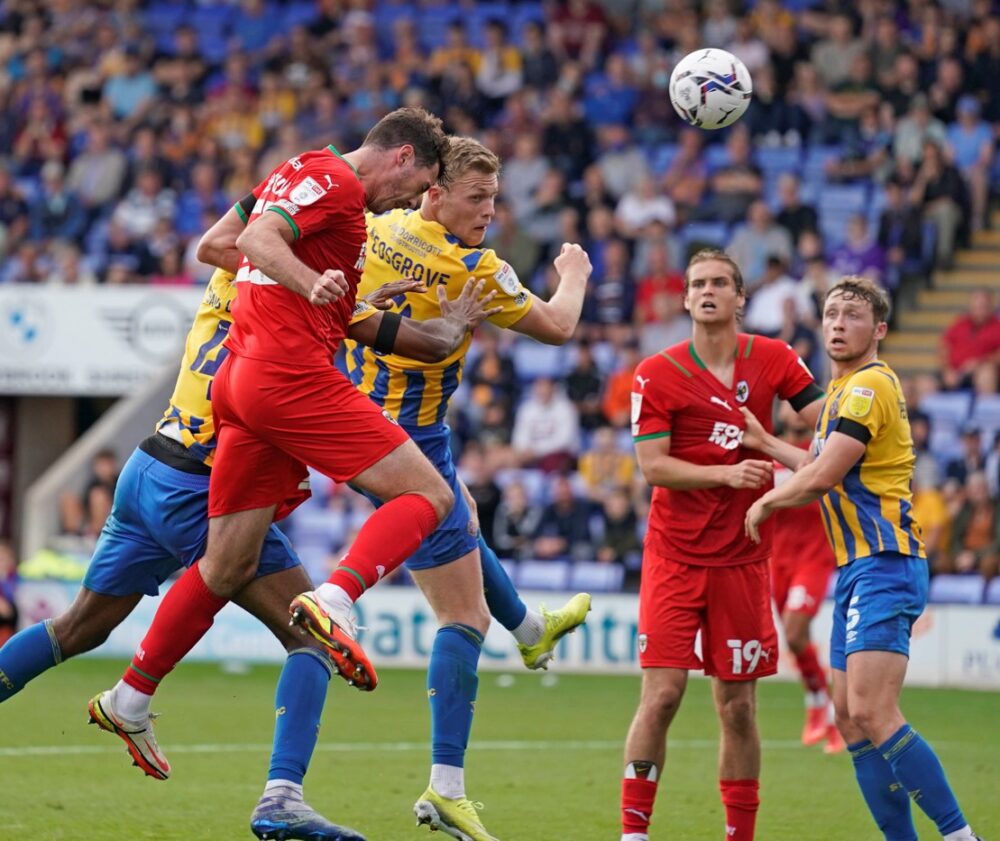