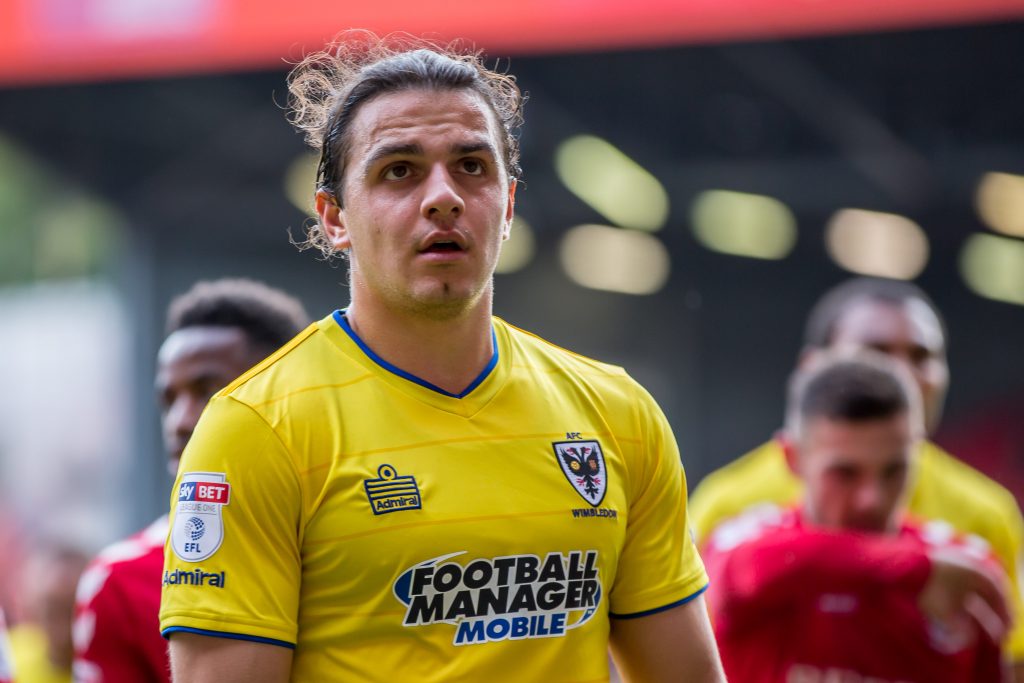 AFC Wimbledon look set to be without winger Egli Kaja for tomorrow night’s League One match at Oldham Athletic.

The Dons welcome back George Francomb after he served a one-match suspension for five bookings.

“We’ll probably lose Egli [for Oldham],” said Wimbledon boss Neal Ardley. “Although he was on the bench on Saturday he complained that morning of a really tight hamstring.

“The physio said we couldn’t bring him on. So I doubt he’ll be fit for the game.

“Will Nightingale is just coming back from injury – there is no-one not in the squad who has been left out.”

Wimbledon extended their unbeaten run to three matches in all competitions with a 3-1 victory at Bristol Rovers on Saturday.

“The only thing we were guilty of is that we could have been four or five up. Until Harry Forrester scores his goal you were worried we would only go in at half-time 1-0 up. That would have been a bit of a travesty.

“I’m really pleased with all aspects of our game. But that is in the past, we dust ourselves down. That was a team not in form and we know now we are facing an Oldham side who are in form.”