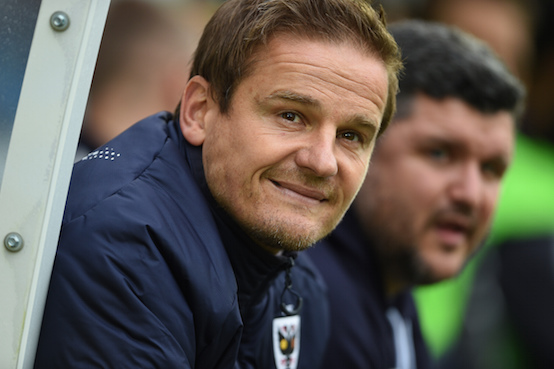 Neal Ardley reckons his AFC Wimbledon side are underdogs for next month’s FA Cup second round tie against Charlton Athletic.

The two South London clubs were paired in the draw earlier this week.

Ricky Holmes scored a late free-kick to clinch the points for the Addicks when the two clubs faced each other at the end of last month.

Ardley said: “There are plus points to the draw – it is a derby and it’s a home tie.

“But if you looked at this stage for the best six to eight teams in the competition then they would probably be one of them.

“The plus is that we’re at home, the minus is we are playing against a team that have a budget and squad that are probably one of the best six to eight teams left in it.

“It probably makes us the underdogs – that’s fine. That’s what the FA Cup is all about. We’ll give it a real good go.”