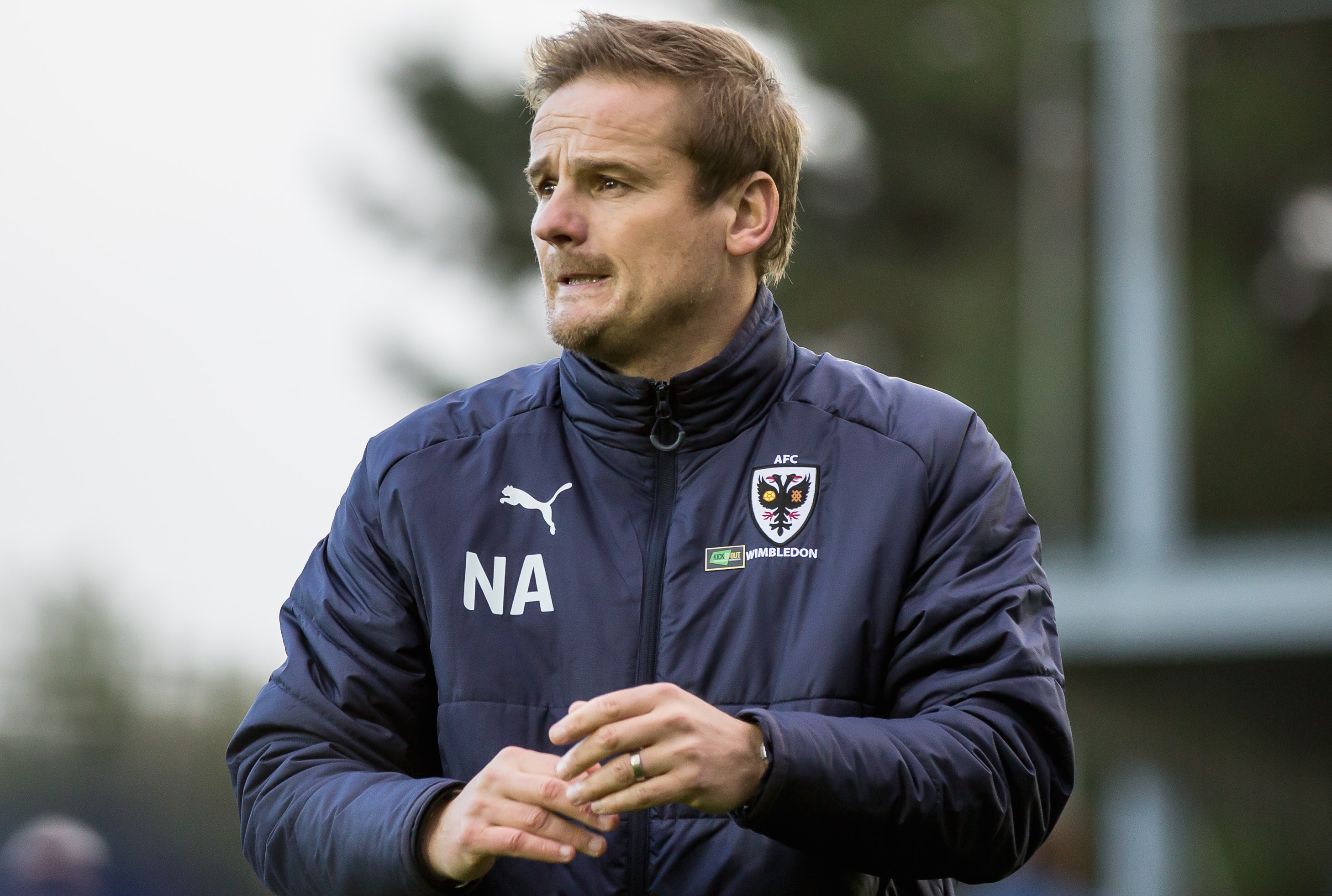 AFC Wimbledon Sport
27 October 201726 October 2017 Richard Cawley 0 Comments
Neal Ardley reckons AFC Wimbledon face a more dangerous Charlton Athletic side as they look for victory at The Valley for a second time.
Tyrone Barnett and Dominic Poleon grabbed the goals when the two clubs last met in SE7 and the three points gave the newly-promoted Dons lift-off as they stayed unbeaten for nine matches.
Addicks manager Russell Slade paid for a sluggish start to the campaign as he was replaced by Karl Robinson in mid-November. Both the Wimbledon goalscorers have moved on in the summer with Bradford paying out for Poleon while Barnett was released from his contract and joined Port Vale.
“It was a different manager then and a slightly different style,” said Dons boss Ardley.
“I know they weren’t doing great at that time of the season. Big things were expected of Charlton but they didn’t quite have the squad to deliver it.
“They’ve made some good changes this year and are up there.
“We had Tom Elliott and Dominic Poleon and it is different now. We all know we haven’t scored as many as we would have liked. It is a different scenario – a different momentum for the teams. They are coming off a couple of good results and we had a disappointing one against Plymouth.
“Ricky Holmes is one of the better players in this league. Then they’ve got Ben Reeves and Tariqe Fosu – Mark Marshall is another top player at this level. We know that we’re going to have our work cut out.”
Wimbledon missed chances in the 1-0 loss to Plymouth.
Ardley said: “We’ve had 76 clearcut chances compared to the opposition’s 54 – we’ve scored 18 and had 24 scored against us. There is no magic formula other than to keep going.”