BY LAURENCE LOWNE AT THE CHERRY RED RECORDS STADIUM

Marcus Forss took just 113 seconds to score on his return from suspension – once again highlighting the Brentford loanee’s importance to this AFC Wimbledon side. 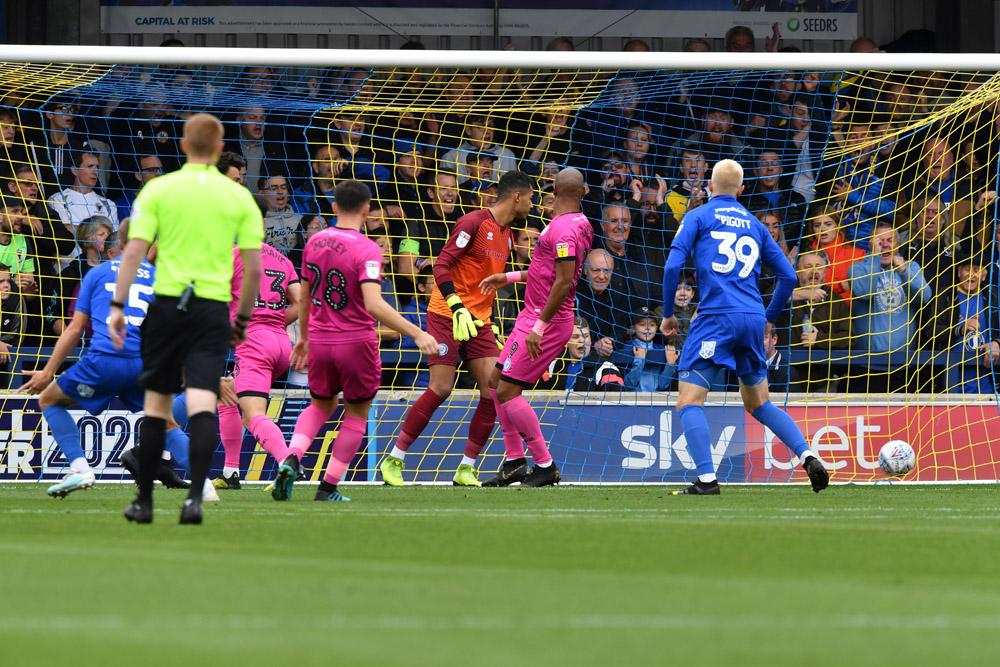 The Finnish striker served a one-game suspension following his red card in the last home game and missed the trip to Peterborough.

Interim Dons manager Glyn Hodges was forced into a couple of changes, Ryan Delaney was ineligible to face his contracted club Rochdale and Luke O’Neill had picked up an injury. 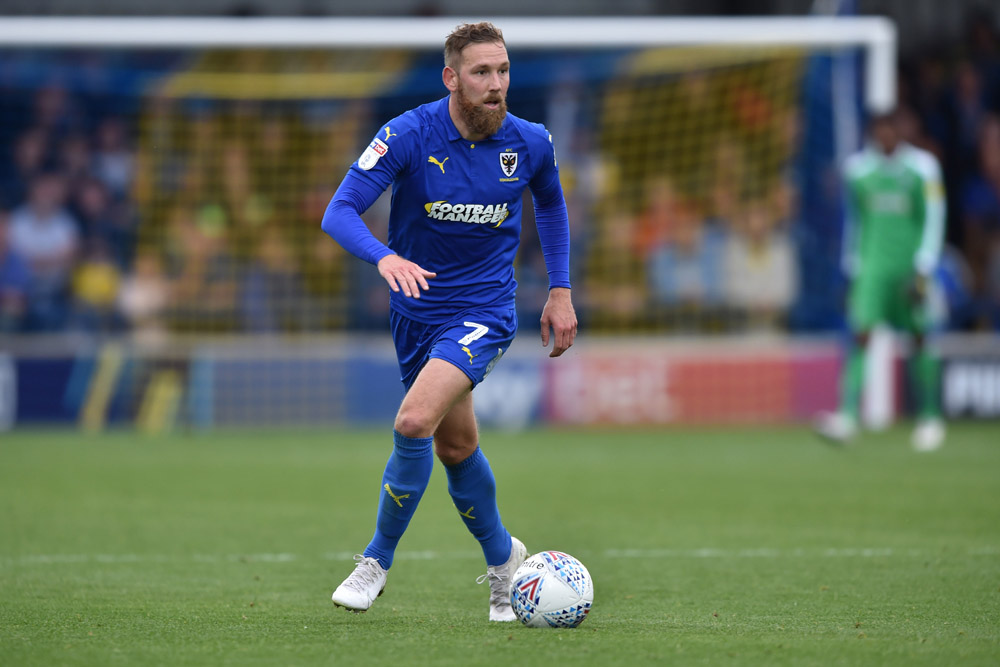 Scott Wagstaff was given O’Neill’s berth and was afford space  to roam down the right – the former Charlton man involved in everything good in the first half.

Wagstaff often does the grunt work without the glory. Saturday saw his attacking flair. He provided the excellent pass for Paul Osew to score his first ever goal in just his second appearance.

Osew produced a delightful shot into the net from 10 yards out as defenders were not alert to his run in the 16th minute – the joy for the youngster was immense having been released by Brentford, then joined Raynes Park Vale before coming to AFC Wimbledon through their college and education programme. 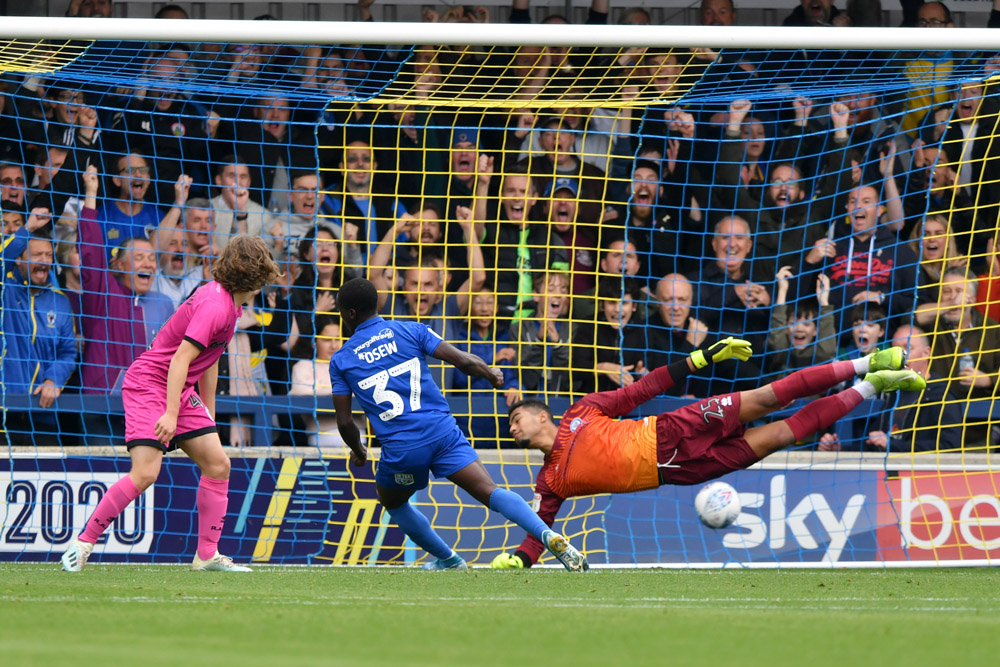 Mark Robinson, now on the bench as part of Hodges’ backroom team, takes the credit for spotting his potential – switching him from a striker to either full-back or a wing-back, a role which allows his to arrive late around the penalty box – a bit like Robbie Earle.

The Dons added a third before 30 minutes arrived on the clock. Mitch Pinnock scored with another effort from outside the box. 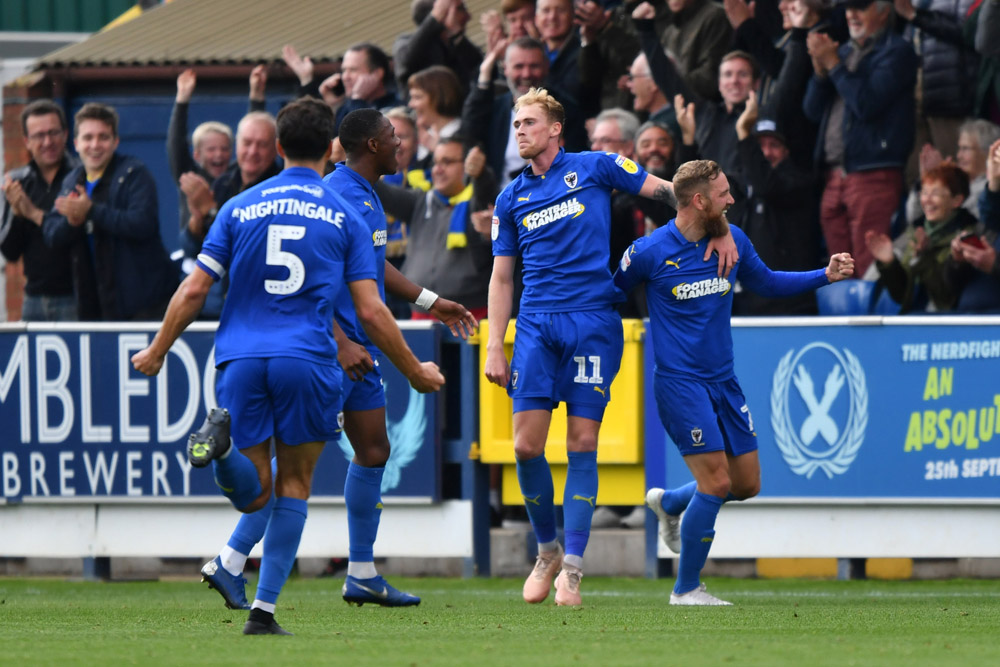 Anthony Wordsworth has looked like the missing link, since his return to the team. It was his cross from the left which fell nicely for Pinnock, who had a quick interchange with Wagstaff on the right, then took two strides and unleashed an arrow-like shot into the bottom corner beyond the hands of Dale keeper Robert Sanchez, who until that point had not made a single save.

It could have been better still with Wordworth having a shot cleared off the line in the second half. 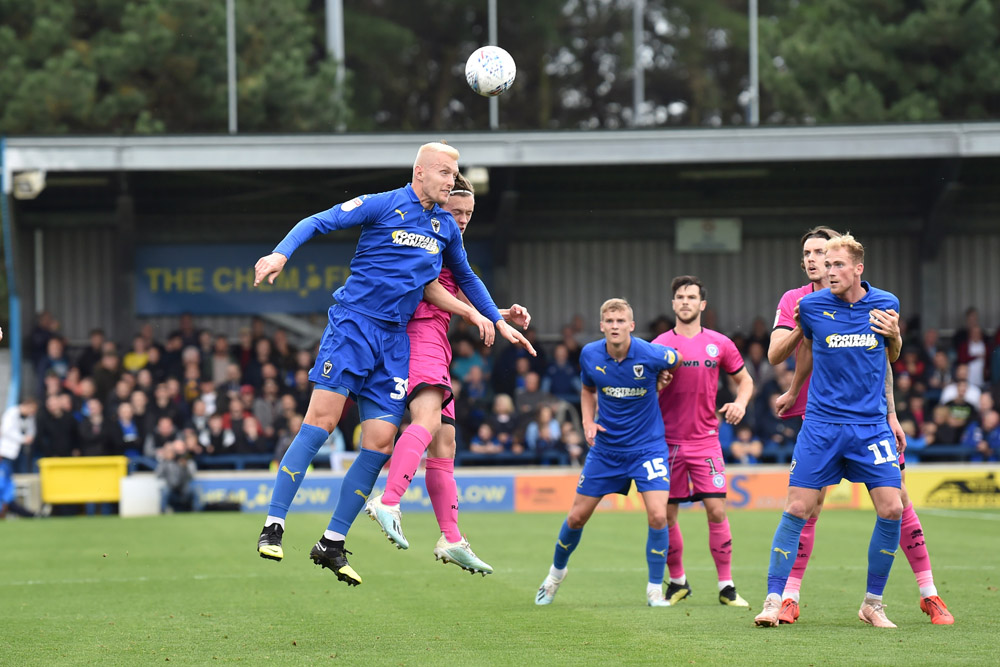 Calvin Andrew hauled down Joe Pigott in the box, but what looked to be a nailed on penalty was waved away.

Rochdale remained lively and  Dons keeper Nathan Trott pulled off a stunning save. 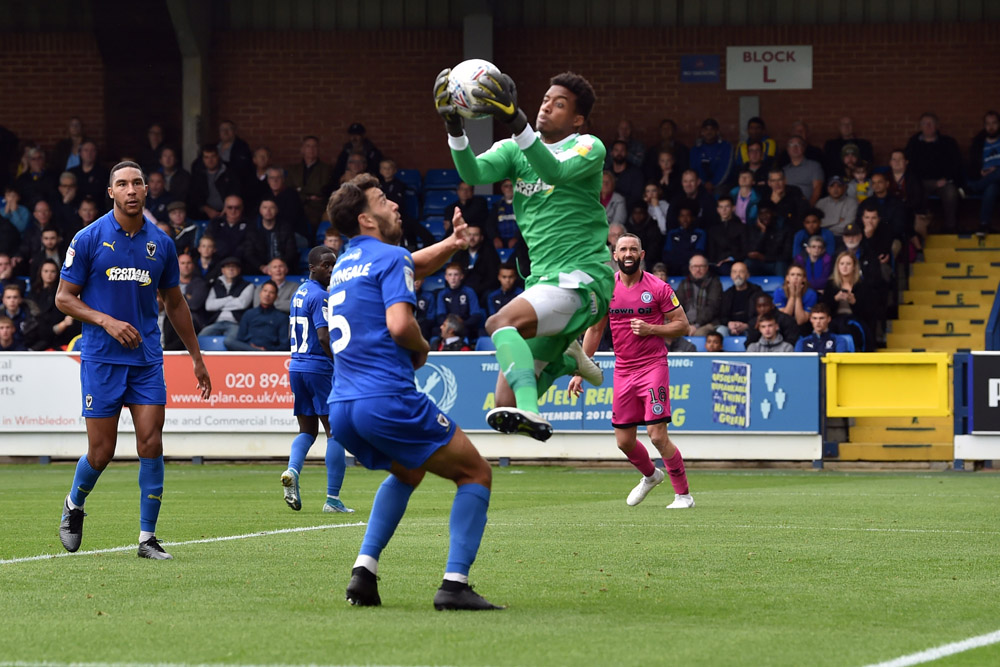 Unfortunately he was left exposed again and again – the 3-0 lead becoming a needed cushion.

Dale sub Ian Henderson scored in the 66th minute. Then another was ruled out for offside to leave home supporters’ nerves jangling. 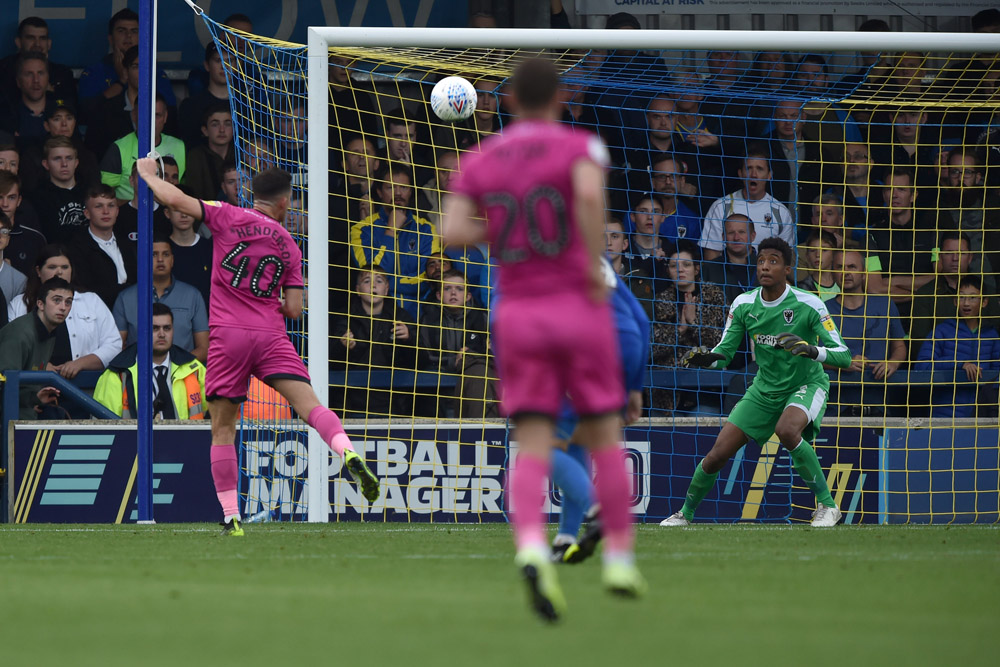 Wimbledon got to the line, but not before a second Henderson goal in the fifth minute of added time.

A first win of the season saw the Dons climb above Southend United, who they visit next Saturday.

Plus the positives – Forss has bagged four goals and Pinnock has struck in back-to-back games, both from outside the penalty box.

A worry was how the Dons took their foot off the pedal.

Maybe Hodges is beginning to fashion a side like that of the early-to-mid 1980s where outscoring the opposition was simply the norm and 90-plus goals were scored in the season?