When Nesta Guinness-Walker walks through the door at AFC Wimbledon’s training ground in New Malden he still, on occasion, can’t quite believe that football is his full-time profession.

The 21-year-old didn’t take the conventional route into the professional game. Despite having spells at Tottenham Hotspur and Chelsea before his teenage years, his footballing education came in the shape of Sunday League.

Guinness-Walker, who signed for the Dons in 2019 after a successful spell with Metropolitan Police, established himself as one of the first names on the teamsheet following Mark Robinson’s appointment as head coach midway through last season.

And the fledgling full-back is eager to create history at Plough Lane next season.

When asked whether he had become accustomed to life in professional football, Guinness-Walker told the South London Press: “It’s a dream come true.”

“When I wake up and head into training, I sometimes have to pinch myself that this is my job. I came from non-league football, which was such a graft for so long. I had not been in an academy environment. Now I am here? It’s something that I will never take for granted. 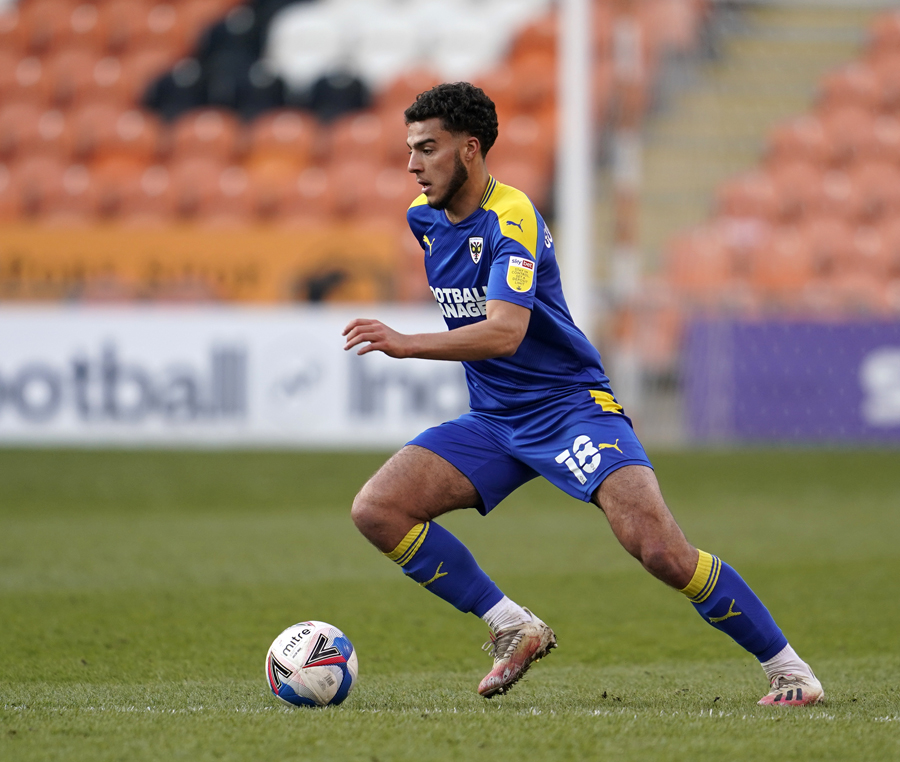 “It’s such a joy that I am fortunate enough to do what I love and what I am passionate about as my career. It’s such a hard occupation to get into. I am so grateful to Wimbledon for giving me that opportunity and a platform for the past two and a half seasons.

“When I first signed for the club, I thought that after six months or a year, that feeling [of being at a professional club] would become normal, but it still hasn’t – I don’t think it ever will. I don’t think it will until it’s over. We will have to see if it ever becomes normality, but I hope it doesn’t.”

Despite being a crucial asset to Robinson – only missing out twice in 21 league matches since the 56-year-old took over – Guinness-Walker was only used sporadically by former manager Glyn Hodges at the start of last season.

But for the Twickenham-born left-back, his time out of the side only served as motivation to prove the manager wrong.

He said: “Because of the path I have taken to get where I am today, I get that extra kick where I want to come out on top and prove people wrong.

“I am not someone to shy away from challenge or competition. When I was out of the side, that’s when I felt as though I dug in, got that fire in my belly and wanted to fight to win that shirt back.

“I have always been like that. It put me in good stead for my time in non-league, as I am competitive and wear my heart on my sleeve.

“That’s why I can’t wait to play in front of the fans again – that is what the club is all about.

“It’s about you, as a player, doing everything you can for the club, fans and legacy of AFC Wimbledon.”

An added incentive for Guinness-Walker, comes in the form of a presentation slide that Robinson shows his players. It reads ‘We are here to carry on the greatest story in English football’.

“That saying is a constant, daily reminder of what this club means to the fans and everyone involved. It’s a great place to be at the moment.” 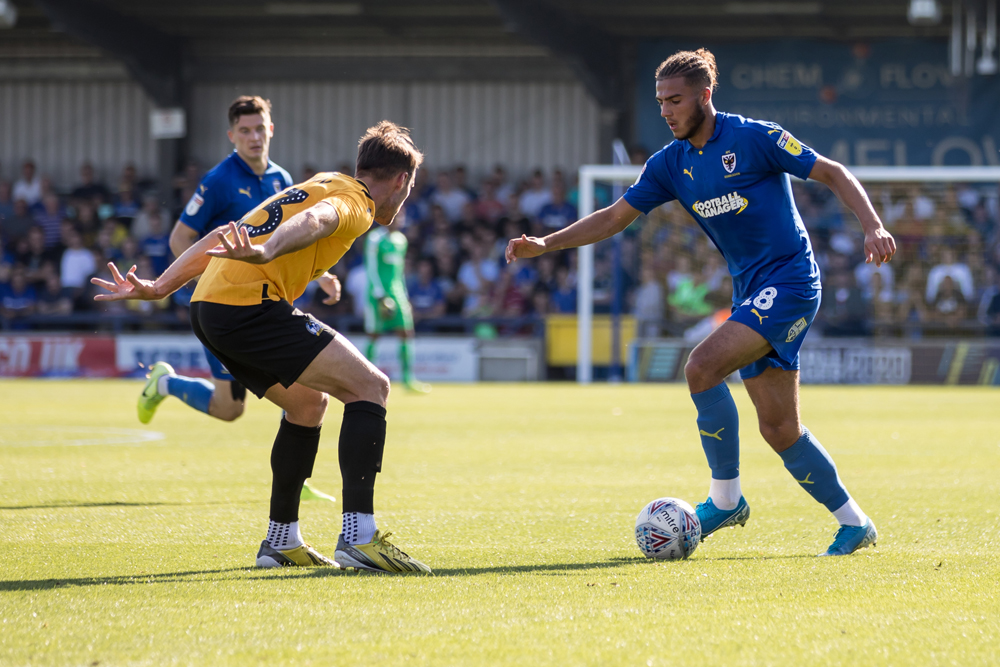 Guinness-Walker is excited ahead of his third full season with the Dons.

“It’s working on our high intensity,” he said. “We have a young, hungry squad this year, and we want to play on the front foot – take the game to teams and get after them. Having a full pre-season under Robbo has allowed us to tighten up on details that we didn’t have time for last year, with the games coming thick and fast.

“We did well to stay in the league, but we’re past that now.

“I told some of the young lads coming through the academy: ‘A manager such as Robbo isn’t going to come round too often in your career’. It’s an excellent opportunity for this young squad. We’re all hungry, we all want to learn, and we’re all chomping at the bit to prove a point and make a name for ourselves.”

One of the aspects of Robinson’s ethos that Guinness-Walker has brought into is the process – he pinpoints it as the crux of Wimbledon’s survival last season.

“Our values, that we’re still heavy on going into this season, is about being better individuals and as a collective every single day and striving to improve,” said Guinness-Walker.

“Robbo talks a lot about a process, and that was the approach we had. We knew that when Robbo came in, it wasn’t going to be a quick fix, and suddenly we were going to win 7-0 every week.

“We brought into the process. The players, staff and everyone involved with the club, including the fans, brought into what Robbo was teaching, and towards the end of last season, we began to reap the rewards of that.”

Guinness-Walker’s stellar performances last season didn’t go unnoticed, as whispers surfaced over the summer that teams in the Championship were eager to prise him away from Plough Lane.

However, it’s not something that fazes the youngster.

“I just keep my head down,” he says. “I don’t pay attention to any of that speculation. Robbo’s building something special at Wimbledon and I am going to give him everything I have got.

“In terms of media speculation or rumours, you learn to ignore it. It’s just about focusing on your football, coming into training every day and wanting to improve as a player.”