Alec Stewart admitted that Surrey’s chances of qualifying for the quarter-finals now needs other results to go their way, even if the South Londoners turn over Gloucestershire in their final South Group fixture this afternoon.

Surrey suffered a demoralising nine-wicket defeat to the Kent Spitfires at the Oval a week ago.

“We’ve got to go to Cheltenham and put in a win,” said director of cricket Stewart, a former Surrey and England captain. “If we don’t, we’re history. We know that.

“We’ve got to put in a good performance. Will we get a couple of players back? I hope so and then we can have some options.

“Whatever happens we’ve got to play far better at Cheltenham than we did against Kent last Friday.”

Stewart admitted that asking two players still finding their feet in the game to open the batting was a gamble.

He added: “What did we get in the Powerplay – 17 or something? And we didn’t get a boundary, so then you’re always going to be up against it. After six overs you’re thinking can we scrape 120. It was a really bad day.

“Kent bowled well and they fielded brilliantly. They gave us a lesson in all three parts of the game. But, from us, it wasn’t good enough. Jordan Clark, Jamie Overton and Tim David showed good intent, but defending 128 at the Kia Oval, you’ve got no price.

“It was really bad. You can’t hide behind anything. Whatever the fans are thinking, they’re correct. We weren’t good enough.

“Will Jacks has batted really well at the top for us, but he’s was off with England, and other players are not available. It sounds like excuses. But I don’t do excuses, I try and deal in facts.

“I have sympathy with Smith and Geddes, because they’re still new -especially Ben Geddes. I don’t want him beating himself up at all. I said to him he’ll look back in two years’ time, when he’s a more experienced cricketer, and he’ll realise what he’s experiencing currently will stand him in good stead. But we’re in the here and now and it was a bad, bad Powerplay.

“We had to go to Cheltenham and win anyway. We obviously wanted to win against Kent, and we got well and truly beaten.

“We’re down on numbers, but we’re not the only team to have struggled due to the tough fixture scheduling.

“Whatever 11 we put out needs to go out there and be proud to be playing for Surrey, and put in a performance that’s worthy of Surrey.”

KEY PLAYERS
Tim David (Surrey) – has been brought in to appear in Surrey’s last two South Group outings as one of the permitted overseas players. He is a white-ball specialist and in 14 T20 internationals for Australia his record reads an impressive 558 runs at an average of 46.50, and a strike rate (per 100 balls) of 158.52.

Glenn Phillips (Gloucestershire) – Only Yorkshire’s Harry Brook has made more runs than Phillips in this year’s Vitality Blast, and no-one has hit more sixes than the 24-year-old New Zealander; who has cleared the boundary 29 times.

FORM GUIDE
Surrey are fifth in the Vitality Blast South Group, having lost five out of their last seven. Gloucestershire, in third, have six victories to Surrey’s five, but just one – against likely wooden spoonists Middlesex – has come in their last three. Even that was by just 10 runs.

STAT
Surrey have fielded 29 players in all competitions this summer, and The Hundred – which will steal away at least 11 of them – hasn’t even started yet. 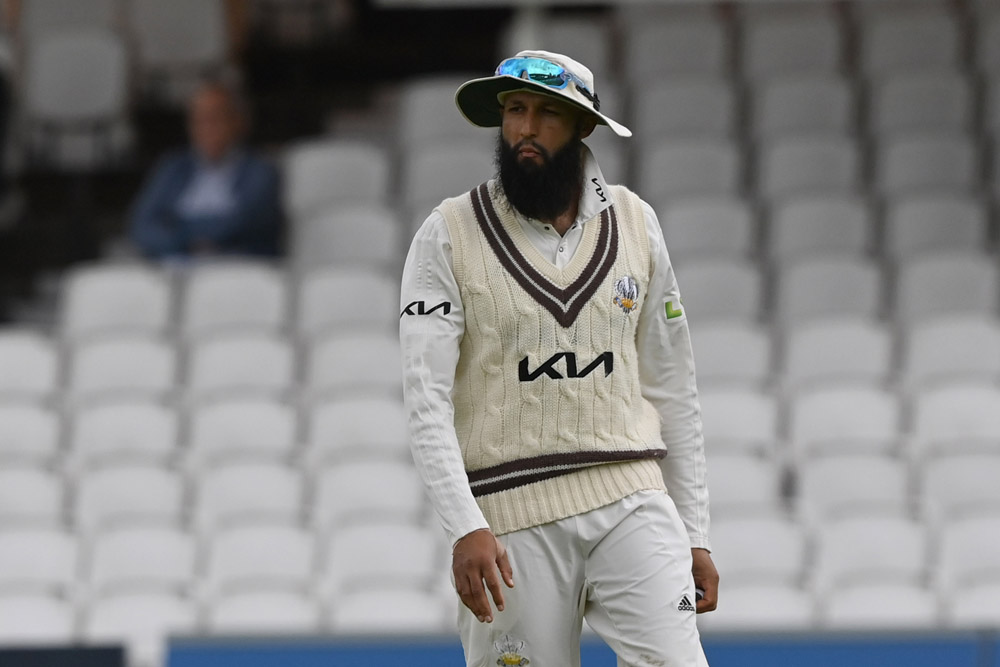 STAR MAN
Although Ashwin came good in the end – taking 6-26, to help dismiss Somerset for a meagre 69 in their second dig – Surrey needed someone to join forces with Hashim Amla to make things safe on the final day. Cue Jamie Smith, who fashioned an unbeaten 46.

BEST MOMENT
Middlesex defeating Leicestershire, to spare Surrey the ignominy of having to play in Division Three of the championship.