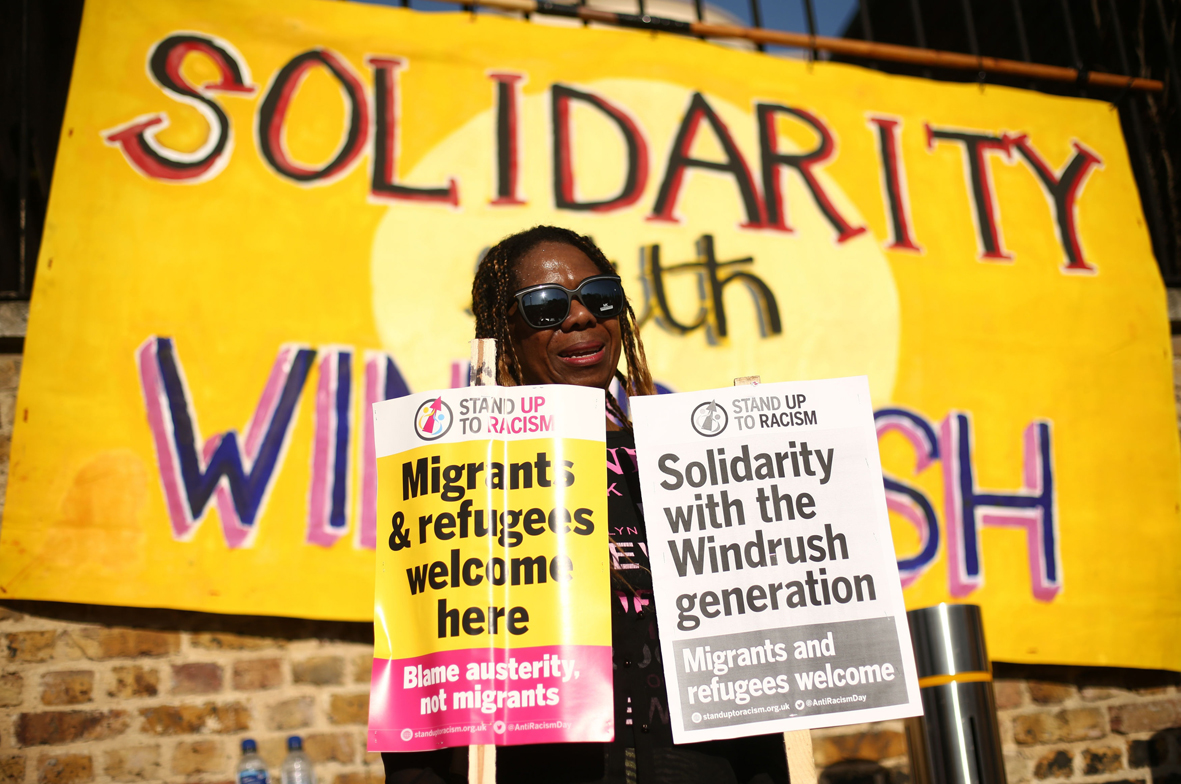 A widow barred from seeing her home for eight years has returned to her family after a Home Office U-turn.

Gretel Gorcan, 81, landed at Gatwick last week to be greeted by seven members of her family – and the popping of flashing cameras.

The diabetic great-grandmother returned to Britain for the first time since flying to Jamaica, for just a few days, for her sister’s funeral in 2010.

She will stay with her daughter Pauline in Brixton for a few weeks until she has recovered from her ordeal.

Her daughter-in-law Merleen Gorcan, who is married to Gretel’s son Leigh, said: “It was an emotional occasion, greeting her at Gatwick.

“It was real – it was happening. It was not a joke. We had practically given up.

“When my sister-in-law Pauline got the last letter barring her return, it was so demoralising. It has not been a nice journey all these years. But it had a good ending nevertheless. We can moan and moan and moan about the journey, which is true. But now we have corrected a wrong.

“Pauline kept checking how far the flight had got and giving us updates.

“There were seven family members at Gatwick, including sons, daughters, grandchildren and grand-daughters. One of the family, Kia Jones, was still so small when Gretel left – it was the first time they have had the chance to reconnect.

“My little boy Shelumiel was just born when she left.

“For four days before Gretel came back, we knew things were happening.

“The UK embassy in Jamaica was communicating with the Home Office. Then we got clearance for a passport and got it couriered across. It arrived on Tuesday of last week.

“There were all these camera flashes going off when she came through arrivals. People were wondering what was going on.

“Now she can get proper treatment for her diabetes and for all the benefits she had before – and compensation for the suffering she has been through.

“We are happy and tired and relieved.

“She was the first person to come back after the Windrush scandal. But there are other stuck out there. Hopefully this case gives others some hope. They can be made legal – even though they were already.”

Ms Gorcan had been shocked to be barred from returning to Britain in 2010 because her new passport didn’t have the right documentation.

She was left penniless and cut off from her family as a result, despite paying taxes in Britain for 50 years.

The 81-year-old had arrived in 1960 aged 24 and got a stamp in her passport giving her indefinite leave to remain – but it was stolen in a 2006 burglary.

Even though she hadn’t lived in Jamaica for half a century, authorities said she wouldn’t be issued a British passport.

Ms Gorcan had fallen into two comas during her stay in the Caribbean and could not pay for her medication.

British officials cut off her benefits, and she had been told she must repay £19,000 they said she hasn’t been entitled to.

The octogenarian has six of her eight children living in Britain, some of whom have their own children she has never even been able to hold in her arms.

“We were worried the resignation of Home Secretary Amber Rudd might slow things down,” said Merleen. “We will have to see how quickly things get done. There are good signs that she will get a proper redress for what she has been through.”

Recent restrictions in immigration law had required people to have paperwork proof of near-continuous residence in the UK, but many in the Windrush generation did not have these records, having never applied for British citizenship or passports, and had struggled to prove they were here legally.