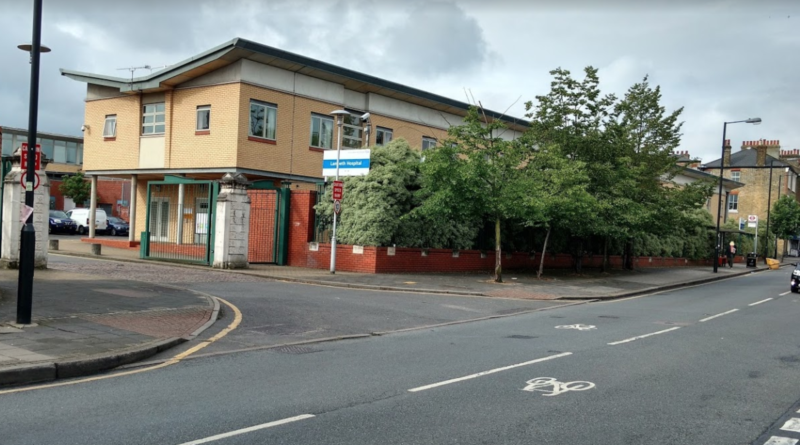 A petition protesting the conversion of a mental health hospital into six blocks of towering flats is gaining traction.

Residents of Landor Road, Stockwell, are fuming over proposals to turn Lambeth Hospital into three, five, six, seven, and nine-storey blocks, and an 18-storey tower.

The petition, on online campaigning organisation ‘38 degrees’, has gained 260 of its 300 desired signatures.

The plan, made by the South London and Maudsley (SLaM) NHS Foundation Trust, is to build an extension at the Maudsley Hospital in Denmark Hill, Camberwell, and move the patients there.

Co-chairman of the group fighting the development, Nigel Osborne, 60, of Hargwyne Street, Stockwell, said the proposed buildings were out of touch with the local aesthetic, and that they take away sunlight from people’s homes.

He said: “The main objections are around the privacy and loss of light, that a build of this size and density is not suitable for the surrounding residential area.

“We have met via zoom, with South London and Maudsley Trust (SLaM), the NHS and the architect and were told that our views would be taken into account.

“However at the last meeting they came back to us with almost exactly what they initially proposed to us.

“There were no changes made whatsoever.”

He added that not only will the buildings cast a shadow over people’s homes, but they may infringe on the current residents’ privacy.

Mr Osborne said: “Many of the buildings will be within 20 metres of the back of people’s houses, overlooking gardens, bedrooms and living spaces.”

But a SLaM spokeswoman defended its decision to convert Lambeth Hospital.

She said: “Lambeth Hospital, along with much of our estate, is outdated and no longer fit for purpose to provide high quality care for the people and communities we serve.

“We have undertaken consultation on our redevelopment proposals for Lambeth Hospital, which includes a new local community amenity fronting Landor Road and could accommodate a nursery or doctors’ surgery.”

The spokeswoman added that half the homes built will be “affordable housing.”

They said: “The proposals for the site will deliver 50 per cent affordable housing, helping meet local people’s needs.

“A total of 70 per cent of the affordable homes will be made available for social rent, which means that those people on the council’s social housing waiting list or those on low incomes will be eligible for these homes.

“We continue to work with Lambeth council planning officers to ensure the scheme continues to meet with local planning policy.”