Anthony Hartigan has been one of AFC Wimbledon’s early-season success stories at the start of the new League One campaign.

The 21-year-old has looked rejuvenated under Mark Robinson after a brief spell away at Newport County last season.

It was Hartigan’s 30-yard strike last week which clinched a money-spinning trip to Arsenal in the EFL Cup later this month.

The midfielder’s late heroics in Northampton last week is some turnaround after being seemingly out of favour at the turn of the year – something which was tough for Hartigan after being in and around the team regularly from such a young age.

“Because I’ve been around so long, I think a lot of people, including myself, forget how young I am,” Hartigan told The South London Press. “I did well when I first broke in. But I’ve found it quite tough over previous years.

“The style of play [in recent years] hasn’t really suited me or my attributes as a player, so I’ve found it quite hard in that sense.

“It was a test. With who I am as a person, I like to test myself.

“It wasn’t all great, because sometimes I wasn’t performing as well as everyone was expecting and as well as I expected of myself. But I’ve learned a lot about myself and what I’m capable of – that’s only going to put me in good stead going forward.”

The Wimbledon academy graduate broke through into the first team at the tender age of 17. That feels like a lifetime ago, with Hartigan clocking up more than 100 appearances for the Dons since making his debut back in 2017. 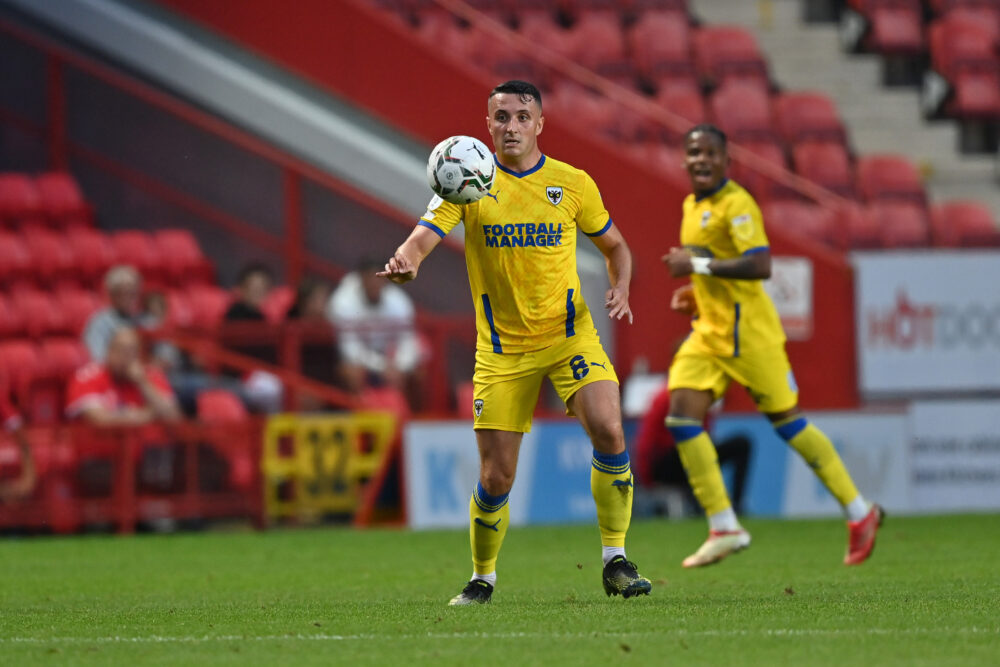 After being sidelined for a spell with covid last Christmas, the midfielder suddenly found those appearances were starting to dry up.

“I’m at my happiest when I’m playing games, so it was quite hard to deal with,” said Hartigan.

“I came back at the start of January and I didn’t get straight back into the team. I feel like I wasn’t 100 per cent fit. It was the gaffer’s decision – he basically said I wasn’t going to be in his plans.

“He knew that I’d just want to go out and play football. Whether that was me having to drop down to go out and get games I wasn’t bothered.”

Hartigan spent the second half of last season on loan at Newport County, eventually starring for them in their run to the League Two play-off final, where they lost to Morecambe on penalties.

“It was a great experience,” said Hartigan. “I’ve learned so much on the pitch, and even more off of it as well. Moving away, living in a flat with one of the other players at Newport – it’s made me learn a lot of life skills. It’s made me a more complete person and a more rounded player. 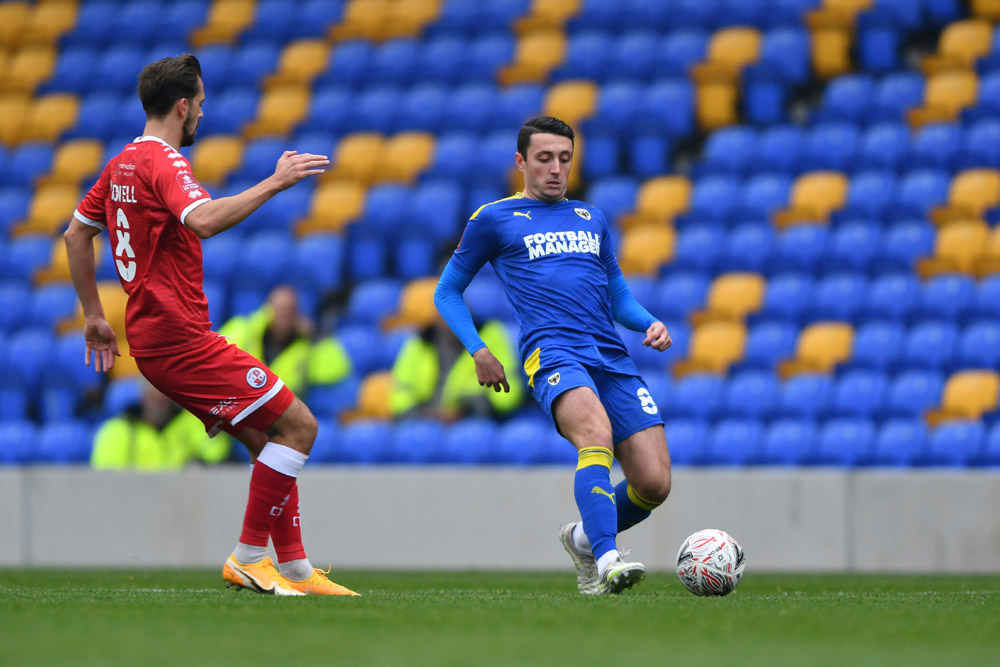 “I spoke to Robbo, Rob Tuvey and Steve Sallis – they all kept in touch with me. Newport wasn’t an easy ride. I had it hard there – having to fight to get in the team. I didn’t play for a month, so I had to keep myself motivated.

“I had something to work towards though – I knew I was going to be at Wimbledon the following season, so it was quite easy to keep doing what I needed to do to be ready for when I came back.

“I’m very happy I did it, but now I’m buzzing to be back and helping out at Wimbledon. It’s a great place to progress and develop. I’m in a good place at the minute.”

Hartigan has started in all but one of Wimbledon’s four league games. He credits head coach Robinson for allowing him to enjoy his football again.

“Robbo’s known me for a while, so we’ve got a good relationship,” said Hartigan. “I can speak to him about anything. I feel like he knows me better as a player than anyone else does.

“He just said that he wanted me to get back to my old self. I feel like they’re allowing me to play freely and to do that. I’m really enjoying the way we’re playing, so full credit to all the staff at Wimbledon.

“The way we’re playing as a team is playing to my strengths. I can still be better – in all aspects you can always improve. It’s nice to get off to a good start, but that’s all it is – just a start.” 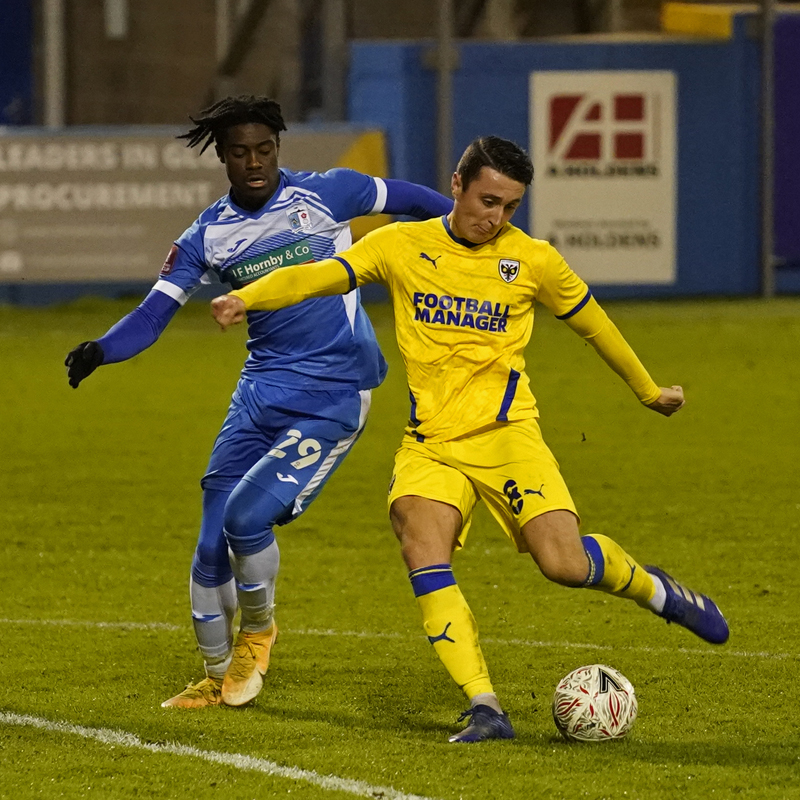 Hartigan is backing Robinson to lead the Dons on to bigger and better things in his first full season in charge.

“He’s someone who’s been at the club longer than me, so he knows the history inside out.

“He’s got a plan and we’re all buying into it at the minute, so we just need to keep doing that and keep progressing. It’s a nice place to be. We all want the best for each other so we’re willing to work for each other.”

“Everyone’s saying that I’ve been playing well but I feel like I’ve still got so much more to add,” he said. “That’s a positive thing though – so I’m going to keep working hard and try to get better and better.”