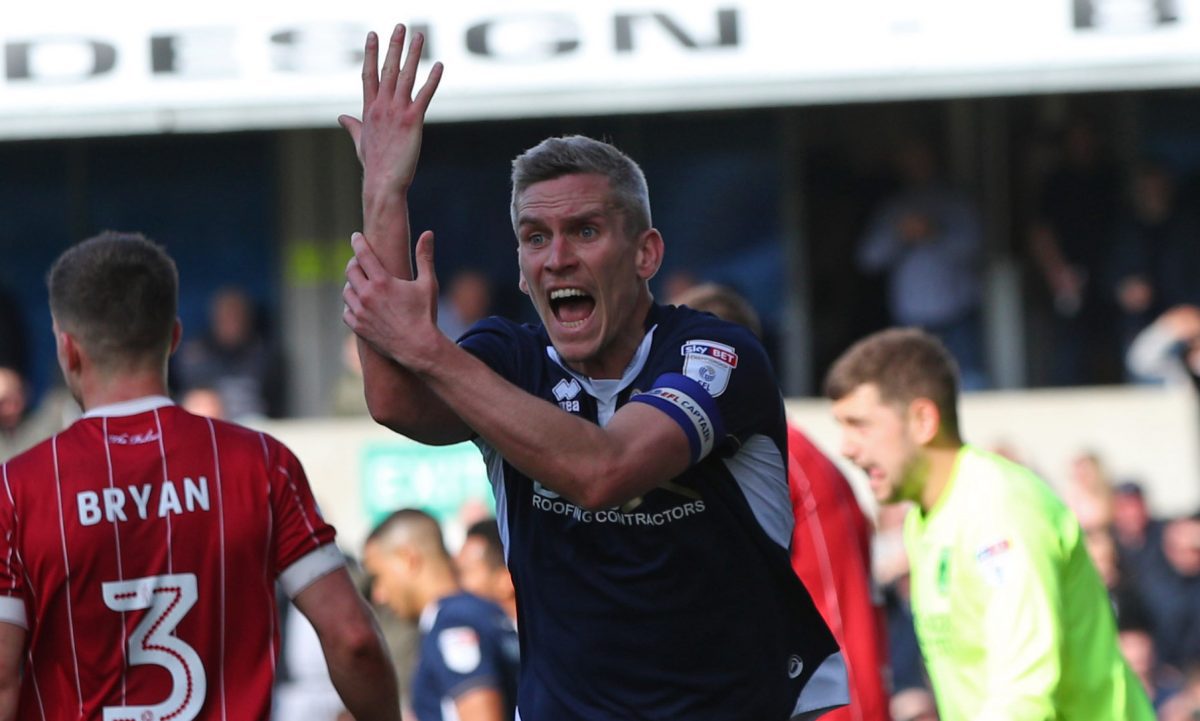 Millwall’s emergence as Championship play-off contenders is a total shock – and anyone who claims otherwise is telling porkies.

That is the verdict of Lions captain Steve Morison after his goal at Sheffield United on Saturday ensured that the South Londoners made it 17 league games undefeated.

The skipper had set his target as 19th place before a ball was kicked this season.

Morison, speaking after the 1-1 draw at Bramall Lane, said: “I stand by that. We’re living a dream right now. If anyone was sat there telling you they thought this was going to be happening they’d by lying to you.

“Maybe my problem is I speak the truth and it comes back to bite me on the arse. We never planned for this. We’re just enjoying the ride.

“People keep going on about pressure but we’ll only feel some pressure as we step out at Wembley on May 26 – because then it is real, you are that close to the Premier League.”

Morison, 34, got his fifth goal of the campaign just moments before he looked set to be replaced by Tom Elliott.

He said: “I didn’t have a very good game [on Saturday]. I was good at getting the ball but not very good when I had the ball. I wasn’t my best game but no-one is going to know that, people are just going to see that I scored the equaliser.”

Morison was left unimpressed with referee David Coote. The Lions were aggrieved that a corner was given in the lead-up to Leon Clarke’s opener and wanted a penalty for a barge by Chris Basham on Jed Wallace.

“It was never a corner,” said the Millwall striker. “None of their players appealed for a corner and none of ours even thought it was. When I scored with our first attack afterwards I said to the ref ‘that’s karma’.

“It [the Wallace incident] was a stonewall penalty. Anywhere else on the pitch it’s a foul. I said to the ref ‘there’s shirt-pulling all over the gaff today’. He said ‘if I give one I have to give them all’. Then give them all and it will stop happening, it’s very simple.

“If you let people get away with murder then people will keep doing it.

“We knew it was a tough game. They had to beat us, and they couldn’t do it.”