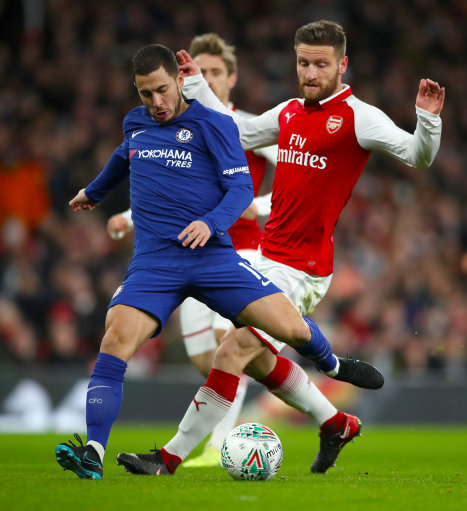 The Blues had the lion’s share of a pulsating opening 45 minutes which saw Eden Hazard put the west Londoners 1-0 up early on.

He slipped through the Arsenal rearguard, latched onto a Pedro pass and cooly slotted home with his left foot past David Ospina from six-yards out.

Luck was with Arsenal two minutes later when a double deflection off the heads of Marco Alonso and Antonio Rudiger saw Nacho Monreal’s unchallenged header zip past a hapless Willy Caballero.

Chelsea had the ball in the net after three minutes, but Pedro was marginally offside.

Arsenal looked dangerous on the break, but this was an opening half the Blues can feel aggrieved they are not ahead.