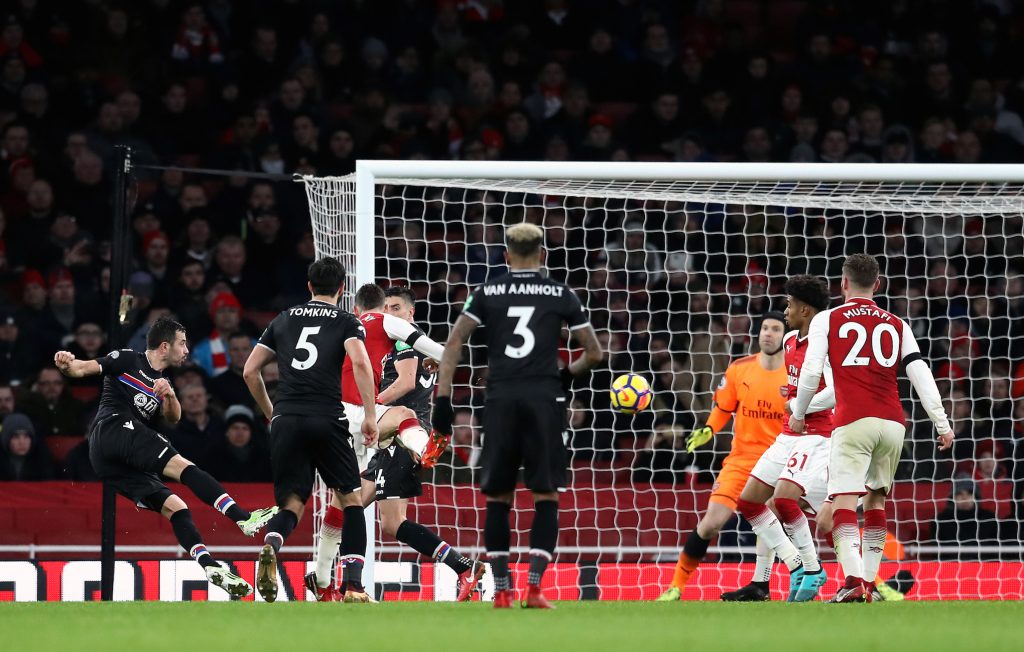 It was a bad day at the office for Palace boss Roy Hodgson as the fit-again Nacho Monreal roared down Arsenal’s left flank at will to score the first goal and set up two more inside the opening 13 minutes as the Eagles were demolished.

The hosts made a flying start with Alex Iwobi’s right-footed effort pushed over by Wayne Hennessey in the fifth minute and, from the resulting Granit Xhaka corner, Monreal lost James McArthur far too easily on the edge of the area and stole in at the far post for a simple finish.

It was 2-0 five minutes later, Monreal turning provider as he advanced unopposed down the left and picked out Iwobi, amid a thicket of black shirts, for another finish that will give Hodgson nightmares.

And it didn’t get any better for the visitors as, in the 13th minute, another Xhaka corner from the right was put back across goal by Monreal for Laurent Koscielny to brush aside Martin Kelly and bundle in another poorly-defended goal.

Palace were at least able to survive a further nine minutes unbreached before Mesut Ozil played a one-two with Jack Wilshere and then supplied a sublime back-heel from which Alexandre Lacazette finished low and right-footed past Hennessey, under siege in the Palace goal.

Hennessey made an impressive sprawling save to deny Iwobi 11 minutes into the second half and Petr Cech matched that at the other end to deny Christian Benteke after a peach of a pass from Bakary Sako on the hour.

Luka Milivojevic at least restored a modicum of respectability for Palace 12 minutes from time when Benteke headed a Yohan Cabaye corner into the six-yard box and the Serb took it on his chest, back to goal, swivelled and fired in past Cech.