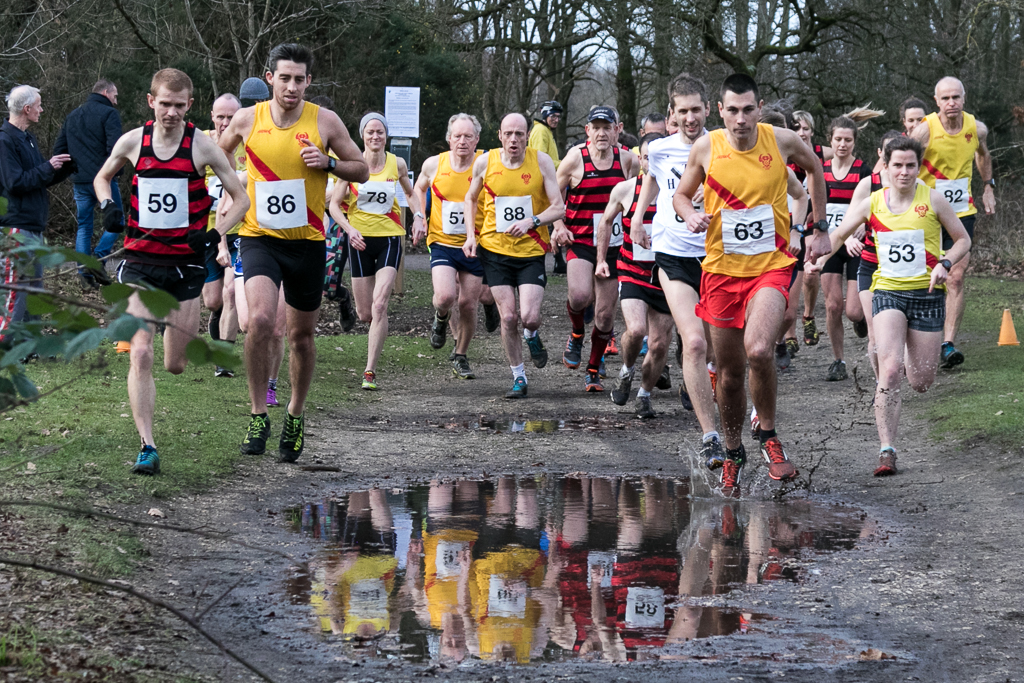 The senior men will be going flat out for the hat-trick after winning at Dorking in 2016 and retaining their team title at Lloyd Park, Croydon, last year. The squad finalised their preparations for the testing and undulating Dorking circuit with a 15-mile training run on Wimbledon Common and in Richmond Park last Sunday.

Team manager Fred Green is confident the hat-trick can be achieved.

He said: “In many ways the team is stronger than the one we fielded last year as some of the squad are running better than those who scored 12 months ago.”

Ben Toomer, who led the Hercules Wimbledon team to victory the last time the championships were staged at Dorking in 2016, returns to spearhead the attack and improve on the ninth individual place he managed two years ago. Fred Slemeck, Matt Sharp, and Joe Clark, who helped secure the gold medals at Croydon last January, are racing again while the team is strengthened by the return of Andrew Penney and Alex Robinson as well as the inclusion of Finn Johnson, making his county championships debut, who was sixth Hercules Wimbledon scorer in the last Surrey League race on Mitcham Common. Jonny Cornish competes in the Oxfordshire championships this weekend. He took the silver medal 12 months ago.

Hercules Wimbledon will also be looking for medals in some of the youngsters’ races.

Georgina Clarke, Rebekah Riches, Selma Hegvold and Niamh Thompson, who led the under-15 squad to third place in the last Surrey League meeting in November are hopeful of team medals as are the girls under-13 squad of Lauren Armitage, Millie Thorpe, Bailey O’Leary,  Eleanor Griffin and Anna Barker, who finished just outside the frame in their last league race.

Teenager Hector Revill was the best of 11 Hercules Wimbledon runners in the New Year’s Day Wimbledon Common parkrun event, beating his coach Mark Livingstone as he finished ninth of the 304 runners in 18:02.

It was a big improvement on his 20:17 nine days earlier.

Two days earlier, Livingstone senior was beaten by his son Tim in the Albert event in Middlesbrough where he was 11th out of 180 runners in 21:06 with Tim finishing second in 19:31.

Two members of Hercules Wimbledon’s senior women’s squad in action at Dorking this weekend won their last parkruns of the old year. Alex Binley triumphed at Ashton Gate, Bristol, in 21:27 and Fran Clarke won at Beeston in 21:36. Meanwhile, another member of the squad, Eileen Brandley was first woman to finish the Hercules Wimbledon/Lauriston Runners’ Club’s five miles multi-terrain race on Wimbledon Common on Saturday.