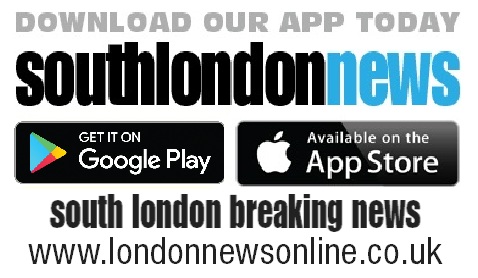 More Sport
18 August 201819 August 2018 Richard Cawley 0 Comments
BY GEOFF JERWOOD
Herne Hill Harriers young athletes were in action over the weekend at the South of England age group championship for U13, U15 and U17 at the Lee Valley athletics centre. Four Harriers athletes won area bronze medals.
In the U15 girls 1500m final Eva Holland claimed a bronze with her time of 4:51.01. In the same race Poppy Craig McFeely placed fifth in 4:54.31 and Phoebe Bowen seventh in 4:56.25 for a show of club strength at what has been an exceptional track racing distance for Harriers female athletes in 2018.
In the U15 boys events Herne Hill took home two medals as Noah Ojumu was third in the 200m in 23.49, while in the shot put Kai Broadbent emulated this feat with his best throw of 12.13m.
Herne Hill’s other medalist was Annabella Bailey, who cleared 1.25m in the U13 Girls high jump, demonstrating versatility as she also finished 12th overall in the 800m in 2:40.64.
Sapphire Haley placed fourth in the U13 girls 100m in 13.38, Mallory Cluley was also fourth in the U17 women’s 80m hurdles in 11.86, while another multiple talented performer was Dwayne Francis in the U13 boys events placing fourth in the 75m hurdles in 13.38, sixth in the long jump with 4.69m and ninth in the 200m in 28.46.
In the U13 boys shot put Alexander Abebrese was fifth with 8.26m, Ignatius Abebrese was sixth in the U15 boys long jump with 5.80m, while in the U17 men’s 400m Memphis Ayoade placed sixth in 50.24. In the U15 boys 800m Harvey Kande finished seventh in 2:10.75 after running 2.09.98 in the heats and in the U17 women’s 200m Cara Russell placed eighth in 27.06.
On the previous Wednesday Lewis Lloyd  raced at the Watford BMC meeting and clocked one of the fastest 1500m times ever run by a Herne Hill Harriers club member with his 3.43.87. Lloyd attacked the race with a 57 seconds first lap and was actually a bit frustrated that the pace slowed between 800m and the bell after the pacemaker had dropped out.
In the Watford open 800m races Sarah Grover set an even bigger PB as her 2.13.08 was an improvement of nearly 3 seconds on her previous best of 2.15.91 from 2016.
A narrower PB of 0.02 seconds was recorded by Andrew Clarke with his 1.57.53, while Katie Snowden missed her season’s best by 0.03 with her 2.01.63 for her 3rd 2.01 clocking of the season as sub 2 still beckons on the right day.
The Milton Keynes 5000m races on at a wet and windy Saturdayevening saw great runs for Stacey Ward and Simon Coombes.
Ward placed ninth of 21 finishers in a strong BMC women’s field, claiming one or two very good scalps with her time of 16.30.39. She was frustrated to not quite duck under 16.30 but was nevertheless happy with such a positive performance in her first track 5000m for two years.
Coombes moved to the top of the U.K. M45 5000m rankings with his 15.38.31 in an open race as he held together well and overcame a stitch in the closing stages of his 12 and a half laps of the track.