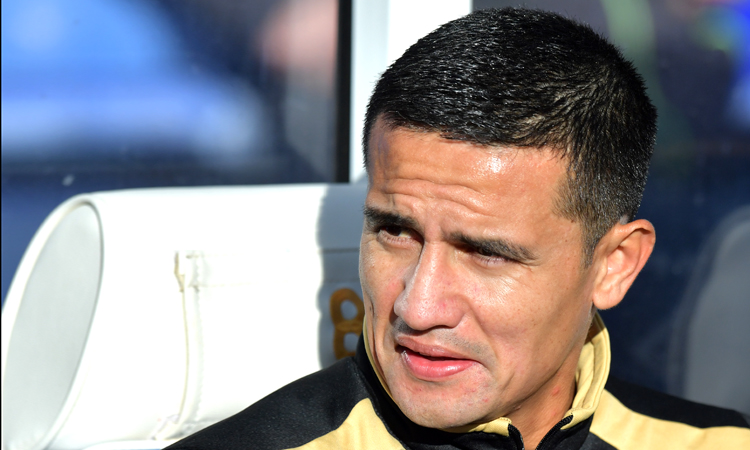 Tim Cahill says he has no problems with his role as a Millwall substitute since his high-profile January return to The Den.

The Lions legend won his 105th cap for Australia in Tuesday night’s 0-0 draw with Colombia at Fulham’s Craven Cottage.

Cahill, 38, has played 39 minutes in seven substitute appearances for Millwall and has yet to be on the losing side.

“I know what it means to play for the badge and I’m loving being there, it’s fantastic.”

“I’m so happy to play a part, on and off the park.

“We’re four points off the play-offs. Me and Mezza [James Meredith] are raring to go in training and ready for Friday and Monday.”

At Craven Cottage on Tuesday, Cahill had his longest spell on the field since starting for his country in a World Cup qualifier against Honduras four-and-a-half months ago, replacing Tomi Juric at the front of Bert van Marwijk’s 4-2-3-1 formation in the 63rd minute.

The striker faced a largely thankless task, scurrying between three central defenders during the goalless draw, but contributed a couple of useful flicks and a typically tigerish tackle as he moved just four caps short of goalkeeper Mark Schwarzer’s all-time Australia appearance record.