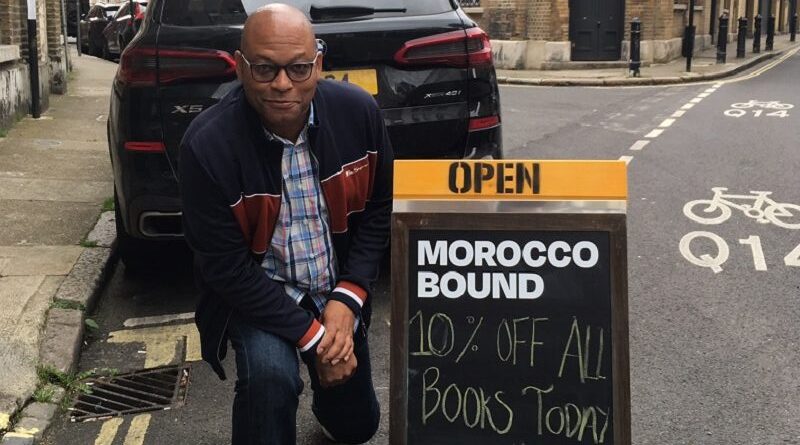 Author Colin Babb’s next  promotional event for his book 1973 and Me will be on Tuesday 31 August from 7pm at the Morocco Bound Bookshop, 1a Morocco Street, London SE1 3HB. Expect stories about and around cricket, Johnny Kwango, Red Rum, Guyana, school dinners, South London life in the 1970s and more! The book tells the story of the 1973 West Indies test tour of England and the effect it had on one young black boy and his friends in South London. Clive Lloyd’s century at The Oval was a seminal event. Babb writes in his book:

The sheer delight at Clive Lloyd’s achievement at The Oval resulted in the first major pitch invasion of the 1973 series. Lloyd swept a delivery from Ray Illingworth off leg stump over square leg for a boundary to reach 99. A section of the crowd responded by invading the playing area.

They had incorrectly judged that Lloyd had scored his century.

Many of them, both West Indies and England supporters, some of whom were friends with each other, ran on the field from behind the boundary ropes. The playing area at The Oval was finally cleared after about five minutes.

The premature crowd invasion did not upset Lloyd’s concentration. Lloyd hit Illingworth’s next delivery for a single through the offside to reach his century. Despite a plea from The Oval PA system, there was a repeat invasion.

“Here they come,” announced an exasperated Alan Gibson to listeners following the match on BBC radio. “Lloyd holds up his hand. There must be about 50 people treading on the pitch at this moment. It really is – I trust I shall not be thought to be stuffy for saying so – It is a fairly deplorable sight, and it could have done the pitch no good at all.”

“Well, this really is absolutely stupid,” an irritated Jim Laker told viewers, like me, watching and listening to his commentary on BBC television.

One ecstatic West Indian supporter ran up to Lloyd and insisted on pouring him a drink of rum and orange juice. Lloyd swiftly drank and handed the drink back to the spectator, who then raced back to his seat in the crowd.

Alvin Kallicharan in action at The Oval in 1973 is one of the photographs on the walls of The Extension Bar near his home in El Socorro, Trinidad.

It shows Kallicharan hooking a delivery from John Snow during his first innings score of 80.

Kallicharan told me Snow was the best England fast-bowler he faced during his Test career. 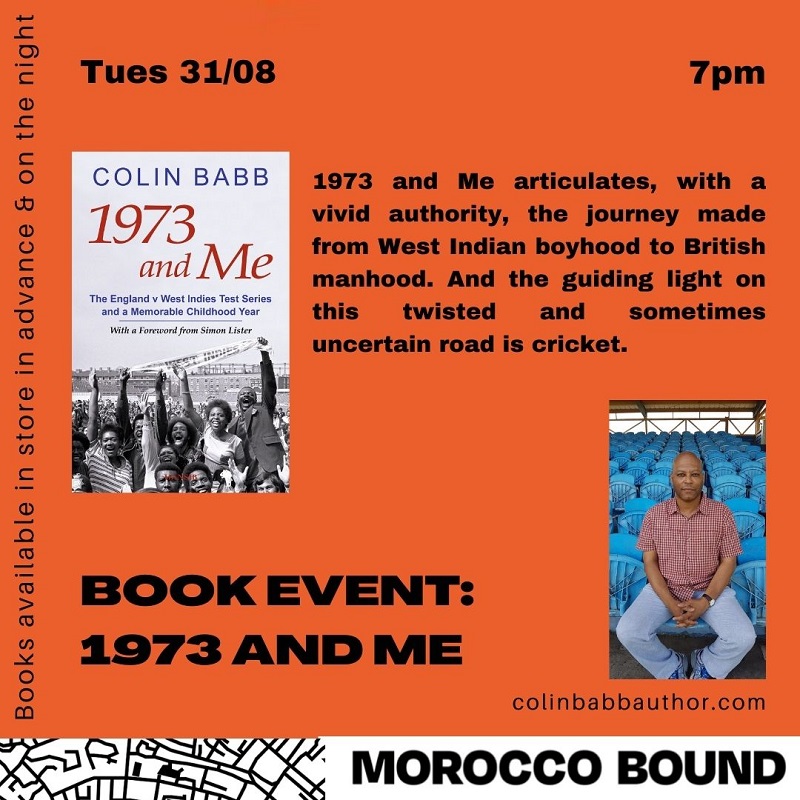 Lloyd finished day one on 132 not out and the West Indies on 275 for four.

But Lloyd was out LBW first ball the following morning, missing a straight delivery from Geoff Arnold. The West Indies were all out for 415.

Keith Boyce, coming in at number nine [hit] an exhilarating 72. On day three, England were bowled out for 257 in their first innings.

Geoff Boycott was the only English batsman to score more than 50 runs. Boycott was out for 97. Boyce’s performance with the ball produced unrestrained delight among the West Indian crowd. He dismissed Greig for 38 caught at second slip by Sobers. Then he immediately clean bowled Snow.

One West Indian spectator in a grey suit couldn’t contain his joy. He walked up to Boyce in the middle of the pitch and gave him a quick kiss on the cheek.

The next ball nipped back off the pitch, beat Arnold, and just cleared the top of the bails. Boyce was denied a Test hat-trick but he produced an impressive first innings return of five wickets for 70 runs.

Boycott was the number one target for the West Indies bowling attack. Lance Gibbs said: “Boycott was a fighter like Trueman and Illingworth.

A typical Yorkshireman and they never gave up easily. He played within his limitations, he knew his strengths and he knew his weakness. He wasn’t the type of player who could destroy an attack, but he would stay there.”

Vanburn Holder said: “Boycott was the man we always wanted to get out. But Clive Lloyd used to say to me about batsmen that, if you can’t get them out, don’t let them knock you all over the park, and I think that’s a good philosophy.

The West Indies batting performance in the second innings at The Oval, 255 all out, was less commanding than their first innings. They set England an unlikely second innings target of 414. Kallicharan scored 80 as he did in the first innings. This was a considerable achievement considering he batted in both innings with a broken finger.

The early development of England’s second innings on day four was hampered by the control and artistry of Gibbs. He captured three England wickets for 36 runs by the end of day four. The prize wicket was, once again, Boycott, caught and bowled by Gibbs for 30.

England’s end of day four total was 126 for five. England were now staring down the barrel of a first Test defeat. Boyce continued his all-round display of brilliance with the ball taking six wickets for 77 runs, and 11 wickets in total for the Test.

Just after lunch on day five, England were bowled out for 225 in their second innings.

West Indies beat England by 158 runs. It was their first Test win since 1969, and their first win in England since 1966. At the end of the match, groups of spectators, including some delighted West Indies supporters, ran on the field to secure a spot in front of the pavilion.

A buoyant West Indies now had a 1-0 lead to take to the second Test at Edgbaston. A crucial foundation block was in place for the West Indies to win the 1973 series in England. This is an excerpt from 1973 and Me by Colin Babb, out now: http://colinbabbauthor.com/news/

Please see the graphic and publicity images attached and the Eventbrite link here: