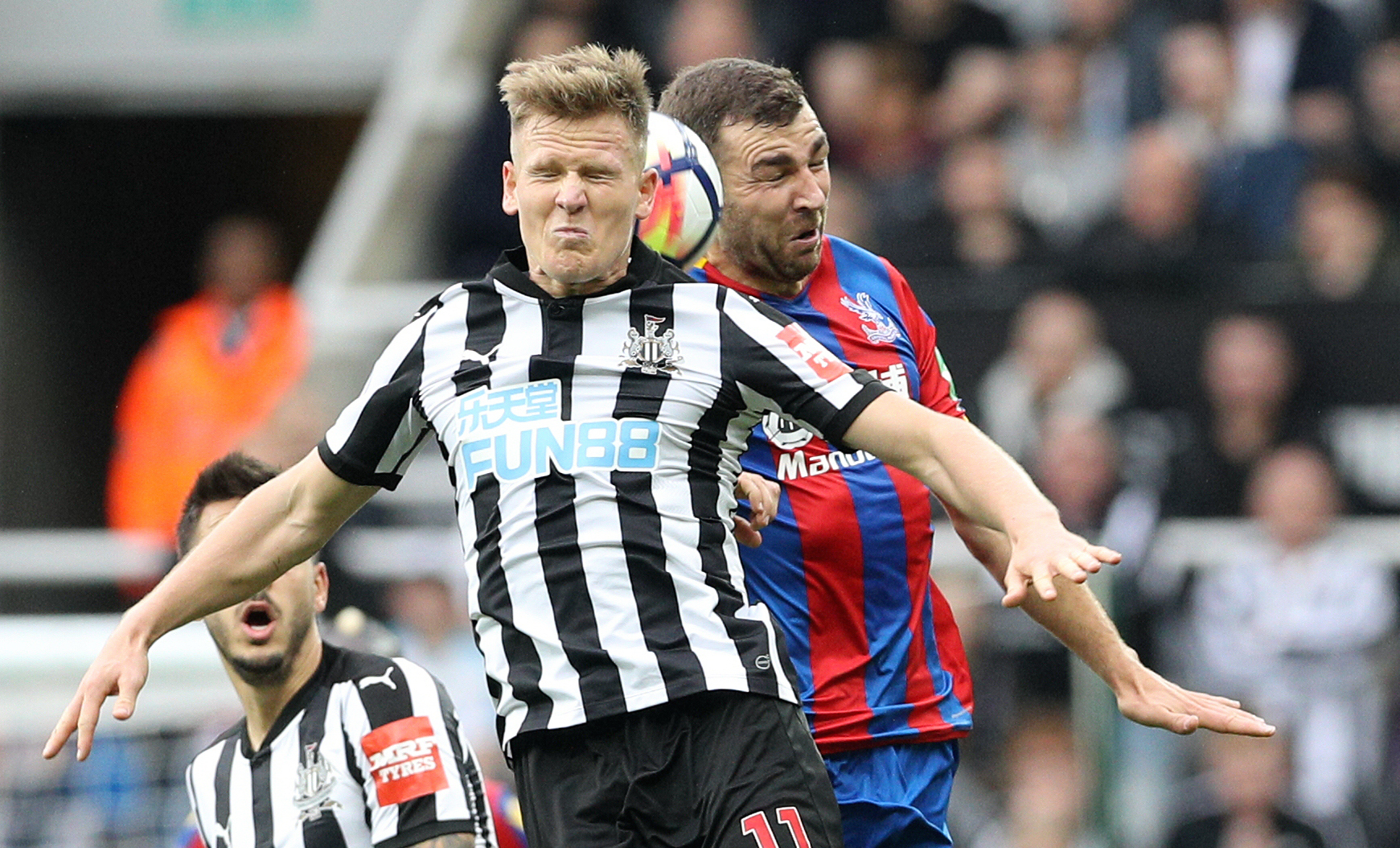 As the Palace fans drowned their sorrows on another long trip home on Saturday evening, they could have been forgiven for struggling to recall the last time they had something to cheer on an away day, writes Jay Rowe.

If it seems like a long time, that’s because it is. The Eagles have gone past the 26-week mark – half a calendar year – since Christian Benteke found the net to seal a 2-1 win at Anfield back in April. Since then, three different managers have been in the Eagles hotseat, two of whom have not even been able to clench their fists in joy at the sight of their team getting on the scoresheet on the road.

That remarkable run continued at St James’ Park as once again Roy Hodgson’s team failed to trouble the scorers, but not the statisticians. Palace have now gone level with the atrocious Derby County team of 2007-08 for the longest run of not netting away from home at the start of a Premier League season with their sixth successive scoreless road trip. They also equalled a top-flight record of scoring the fewest amount of times in their first nine matches.

It has been a disastrous first quarter of the campaign for the club, but despite not even registering a shot on target, this game was further evidence of shoots of recovery. Boosted by the remarkable win against Chelsea a week earlier, Hodgson’s team threatened going forward in the first 70 minutes with the unorthodox strike partnership of Wilfried Zaha and Andros Townsend at their terrorising best at times. But with neither being prolific scorers during their careers, the lack of a bona fide hitman in attack once again hampered Palace, with everyone connected with the club waiting on Benteke’s return.

This was a match of few chances, and it always seemed as though just one would clinch the points. The first half was a tense affair, with the best opportunities striking the side-netting through Christian Atsu and Zaha. Unfortunately for the winger, his golden opportunity dropped to his head – a weakness he admitted to in an interview the previous week. It was a chance that would have had Benteke salivating.

For the majority of the game, the main talking points revolved around how many players should have been on the pitch with tasty tackles flying in around the park. Home fans were furious that their former idol Yohan Cabaye wasn’t dismissed for an ugly scissor tackle from behind on DeAndre Yedlin, while Palace could feel aggrieved that Joselu was allowed to escape a second booking for a clumsy swipe on James McArthur.

As the game entered the final 20 minutes it seemed the Eagles were content with a point. Hodgson withdrew Zaha for Ruben Loftus-Cheek. More positive changes by Rafael Benitez, such as the introduction of Mikel Merino, would ultimately swing the game in the Magpies’ favour.

Julian Speroni was called into action twice with long-rangers from Mohamed Diame and Jonjo Shelvey as the Gallowgate awoke from its slumber, but a swift counter-attack from Palace nearly saw them snatch the lead when Loftus-Cheek pounced on a defensive slip to get into the area. His disguised pass deceived the untested Rob Elliot, but Patrick van Aanholt lacked a striker’s instinct to stick the loose ball home at the back post. Benteke’s eyes would have lit up.

It looked as though the wastefulness in front of goal would not come back to hurt Hodgson’s side with a useful point on the back of beating the reigning Premier League champions.

Four minutes from time the hosts showed their goal-shy opponents just how simple scoring goals can be when a fine Matt Richie corner and a perfectly-timed run and leap by Merino saw the Spaniard’s deflected header whiz over the flailing Speroni, preferred to the fit-again Wayne Hennessey. It could be argued that the Welshman’s extra five inches in height and reach might well have seen him tip the game’s crucial moment over the crossbar.

The Magpies lived up to their name by stealing this victory, but a second goal conceded from a set-piece will trouble the defensive-minded Hodgson just as much as his attacking woes.