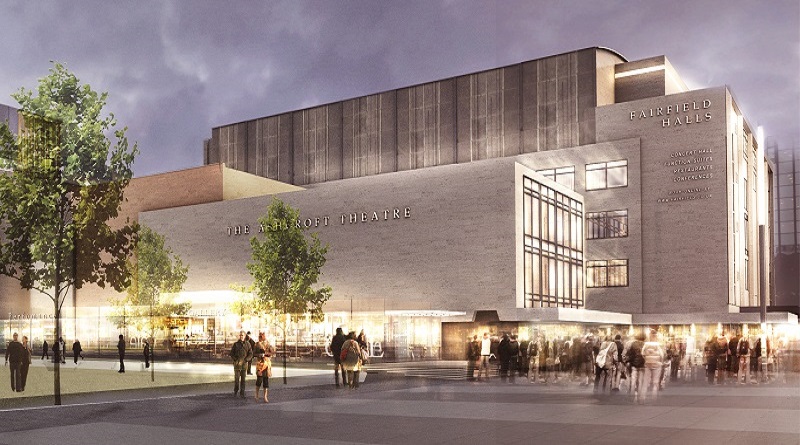 “This is a bad day for the naysayers that said this would never happen,” were the words of Croydon council’s leader Tony Newman at the reopening of Fairfield Halls.

After being closed for three years the venue in Park Lane opened its doors once again to the public.

The reopening was celebrated with an event on Monday evening, which kicked off with a question and answer session with Dame Judi Dench. She reopened the Ashcroft Playhouse in honour of her friend, Croydon-born actress the late Dame Peggy Ashcroft.

It was previously known as the Ashcroft Theatre but Dame Judi said she preferred the name playhouse.

Some questions came from local GCSE and A-level drama students, including one from Coloma Convent asking for advice for young people wanting to get into acting.

The veteran actress said success had a lot to do with luck but advised young people to see as many plays as possible.

Michael Billington, who wrote Peggy Ashcroft’s biography, told the audience he thought there should be a blue plaque in Croydon to commemorate the actress.

“We haven’t enforced enough of her Croydoness, she said she remembered Croydon as a quiet market town and she loved the fact it bordered the countryside,” said Michael.

I was just told that there is nothing marking the house where she was born in Croydon. Come on  let’s have a blue plaque on Peggy’s house.”

An event followed where a plaque commemorating the reopening of Fairfield was unveiled by London Mayor Sadiq Khan, and the keys were handed from Croydon council to BH Live, which will manage the venue.

The refurbishment project has seen delays after it was originally supposed to open in 2018. But during the building work a lot of asbestos was discovered which needed to be removed.

This also meant the final cost for the refurbishment was £42 million instead of the expected £30 million.

At the opening event council leader Tony Newman opened by saying: There are some people for whom this is a bad day.

At the event councillor Oliver Lewis, cabinet member for arts, leisure and sport, announced that Croydon would bid to become London’s borough of culture in 2023.

Some online have criticised the refurbishment, claiming that the venue looks the same as before.

Councillor Sean Fitzsimons hit back on Twitter, saying: “The money has been spent refurbishing the building and creating new spaces, so a lot of the cost will be hidden as you are not seeing the new wiring, plumbing, asbestos removal, new energy centre, etc.

“Refurbishments, by their very nature, are about keeping the look of the original.”

The next phase of the project is a new public space, Fair Field – the area known as College Green between Fairfield Halls and Croydon College.

Historically known as the Fair Field, the site was Croydon’s venue for entertainment and social activity, hosting fairs, markets and performances until the arrival of the railways in the 1860s.

The £10 million scheme funded by Croydon council with a contribution from Coast to Capital is set to get under way in 2021.