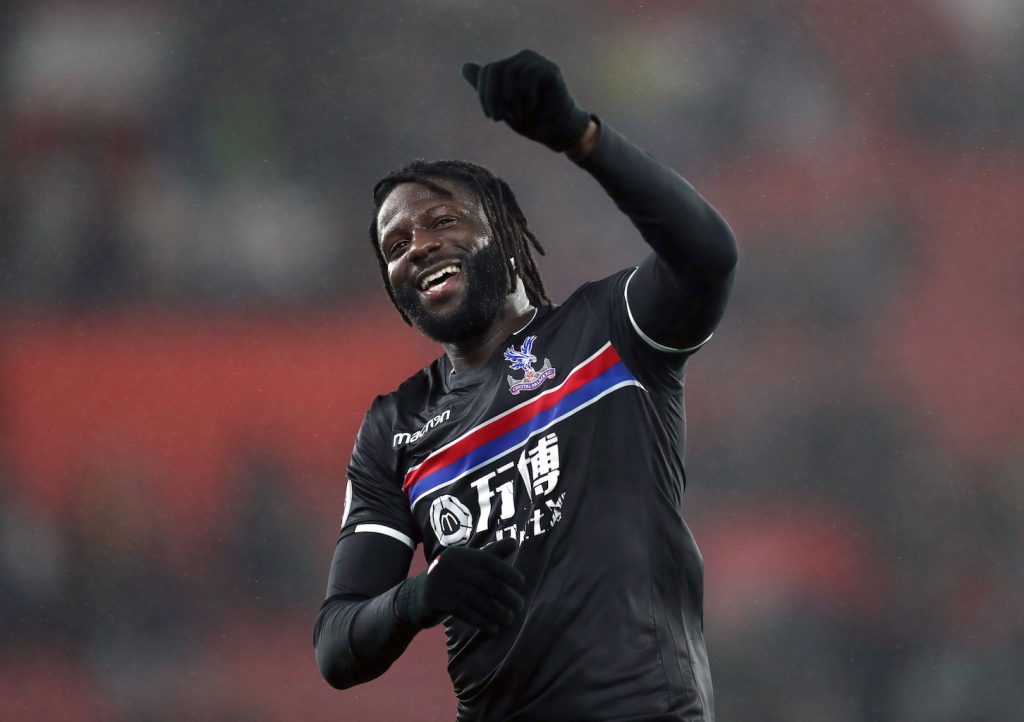 For all the world it looked as though Crystal Palace would follow up an excellent home draw with Manchester City by succumbing to a lifeless defeat by Southampton.

That was until Bakary Sako was thrown on just after an hour in a game which lacked any semblance of quality for the most part.

What has become evident under Roy Hodgson is that this Palace side does not know when it is beaten. In previous years they have regularly conceded early on, shortly after half-time or late-on. Under Hodgson that has turned on its head. Late goals at home have seen them climb the table, and they have begun to recover their away form.

Understandably the football has not been the most attractive at times, but it has been effective. But the most important change Hodgson has made is not one which can be measured, it is not something which can be analysed and statistically broken down. It is a mental aspect he has changed. The experienced boss has brought back belief – somewhat reminiscent of the way Sam Allardyce achieved it in a winning run at the back end of last season.

In truth, belief appeared entirely absent from the minds of players, most of whom had played three high-intensity games in a week.

But as the game progressed at St Mary’s they slowly began to grind down their opponents and after the equaliser they upped their game further and found a moment of quality to turn the game on its head.

Andros Townsend’s cross was nodded on by Christian Benteke, and James McArthur was in the right place to fire into the top of the net after Shane Long had put Southampton ahead early in the first half.

But it was Luka Milivojevic who produced a fine finish that the game scarcely deserved. Townsend broke down the left and squared to the midfielder, who took aim first time and curled into the bottom corner of Alex McCarthy’s goal.

With just one defeat in 11 games, Palace have found a way to pick up points even when they haven’t played particularly well.

Sako has scarcely featured in a Palace shirt since his free transfer from Wolves in 2015, but under Hodgson the winger has enjoyed a resurgence. It was his introduction which transformed this game and the Eagles. Sako took the game to the hosts.

His strength and driving runs at a tired defence was instrumental in opening up pockets of space and stretching the back line. But it was not just here – against Leicester, West Ham and Arsenal he has contributed, and he has become a genuine option from the bench rather than just another space filler.

This was a game devoid of skill, pace and exciting moments until the arrival of the wide man. Shane Long’s opener was typically opportunistic but like so many on the pitch, his impact was short-lived. Clearly worn down by his exertions in the past week, Yohan Cabaye failed to make any impact on a boggy pitch which cut up easily, in a game which did not suit him. Wilfried Zaha had little effect on the game but should have added a third late on from a long goal-kick which bounced six yards out, only for the Ivorian to poke over the bar when well-placed to score.

With the additions of a new goalkeeper, central midfielder and striker in this month’s transfer window, the Eagles look like a team which can go on to secure safety with relative ease.

Nonetheless, there often seems to be a twist in the tale with Palace. Hodgson will need to call upon his experience many times in the coming months, but he has put his side in a significantly improved position to stay up.