The two fighters battled to a unanimous draw when they last met in September.

But this time Bentley emerged a convincing victor as Heffron’s corner retired him at the end of the fourth round with his left eye completely swollen shut. 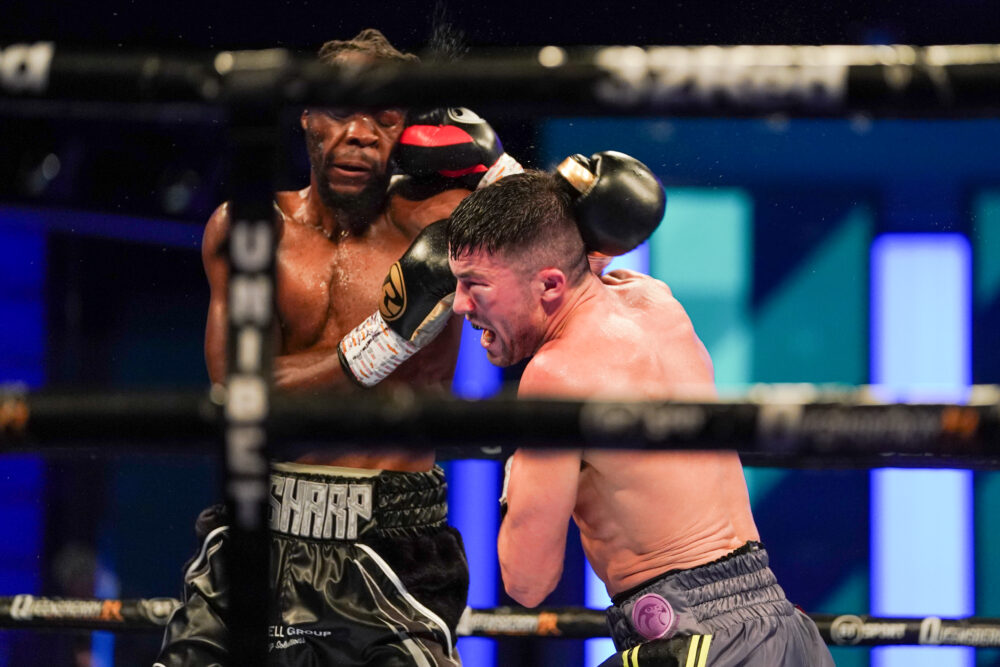 The Battersea boxer, who used to represent Fisher as an amateur, caused the damage with an excellent right-hand shot in the second.

Heffron’s eye started to swell almost instantly and the damage only got worse despite the attempts of his corner team to reduce the swelling.

Bentley picked his punches well and his opponent had far less success backing him up than he did in their first encounter.

The South Londoner moves his record to 14 wins with just the one draw – 12 of those victories inside the distance.