Caribbean culture was celebrated in earnest at The City Splash Festival at Beckenham Place Park last Sunday, with reggae across four stages, featuring everything from Ska, Rocksteady, Dub, Roots, to Dancehall and Lovers Rock.

Stalls from London’s finest Caribbean street food vendors were there, in collaboration with London Jerk Fest.

Performers on the main stage included the powerful vocals of South Londoner, Teshay Makeda, followed by a string of acts including the singer Hollie Cook bringing her own tropical pop. 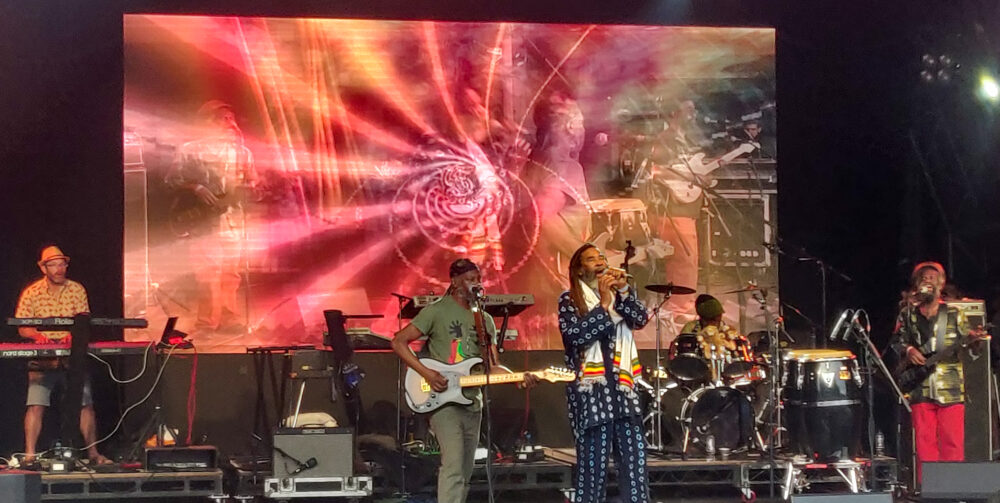 There was the bouncy roots of Kiko Bun, some guitar virtuosity from the Rasites – celebrating exactly 20 years since their first release – and the legendary sound of Twinkle Brothers, fronted by the familiar face of Brixton resident, Norman Grant.

Sadly, due to ongoing Covid restrictions in Jamaica, the headliner Barrington Levy had to pull out at the last minute and was replaced by Dancehall legend Beenie Man.

Towards the other end of the wood-lined site, stalwarts of the Notting Hill Carnival, Channel One Sound System, were installed under a canvas roof along with guest acts: a rolling selection of fantastic DJs and MCs thrilling the crowd of sound-system devotees.

Among the DJs performing were Ragga MC General Levy, the veteran king of renowned SubDub in Leeds, Iration Steppas, as well as the master of the mixer himself, Mad Professor.

At the far end of the site, The Rampage Stage hosted a selection of old school Garage and Jungle vibes, featuring, in alphabetical order:

Tucked away through a rustic archway in a hidden clearing amongst the trees, the Woodland stage hosted selector/DJs, including Sisters of Reggae, Bossy LDN, Mixmaster J, Nia Archives, Rompa & Reggae Shack. 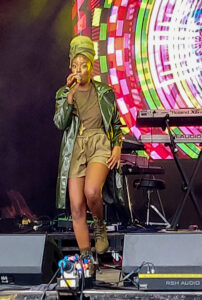 The snug location suffered early on from some sound bleed from the main stage PA, but recovered once festival goers filled up the area close to its stage.

The venue site was very well laid out with plenty of signage. All stages were within easy reach, with lots of rustic picnic seating scattered throughout and, importantly, ample sanitary facilities.

Altogether it was a fantastic, well-organised event.

The warm community vibe together with Sunday daytime schedule (noon-9.30pm) gave it a sense of congregation: worshipping at the church of Reggae. 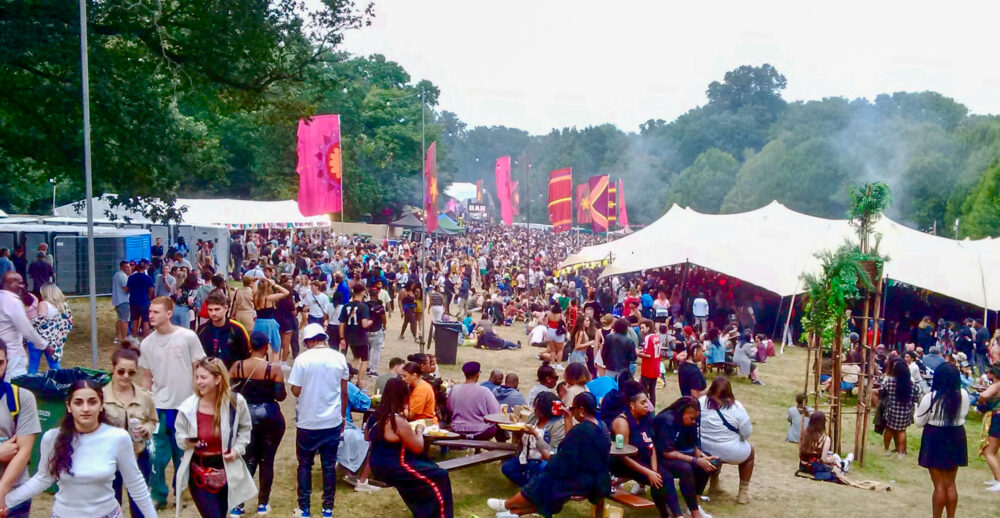 Other than a short Wi-Fi failure at a main bar, the only obvious downside was that by mid-afternoon the food stalls had been nearly overwhelmed by the sheer quantity of hungry customers, creating long waiting times. After such a success, let’s hope they can expand the selection of food suppliers next year to accommodate the demand.