Ruairi Bell delivered a dominating performance in the Junior British Rally Championship last weekend  to secure his maiden victory in the series and get his title aspirations back on track at the Nicky Grist Stages.

Bell, 21 from Blackheath led the ultra-competitive Junior challengers for seven out of the eight stages to record his ﬁrst ever win in the Championship and now lies just eight points shy of the lead of the series with ﬁve rounds remaining.

With Welshman Gareth Parry in the co-drivers seat, Bell took his Protec International Limited and Marex backed Ford Fiesta Rally4 to a narrow one-second lead on the short opening test of the rally. What followed, was a scintillating performance that saw his one-second advantage grow to an impressive one minute gap after 44 miles of the gruelling Mid Wales stages. 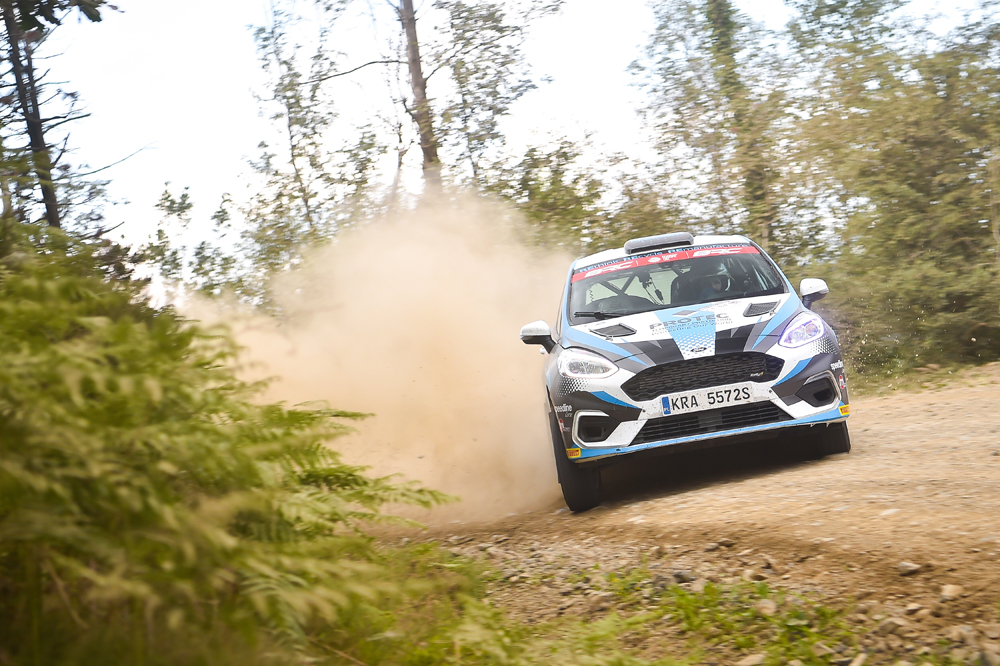 “Well, this is about time,” said Bell at the ﬁnish.

“I had a great battle with William [Creighton] throughout the day and I’m delighted with our performance all day long. I’m proving that I have the pace needed to compete at the front of a top-ﬂight championship like the Junior BRC”.

Bell is no stranger to victory in the British Rally Championship, having secured the M-Sport and Pirelli Trophy in 2019 and victory enabled him to mount a campaign on the FIA Junior World Rally Championship the following year.

However, a win on the Junior BRC tour had eluded him and after a progressive season on the world’s stage, Bell decided to return to the UK to contest the closely fought series.

In a bumper list of entries, Bell was well aware that this season would be tougher than any other and with a prize on oﬀer of a drive in a World Rally Championship event behind the wheel of a Hyundai Motorsport Customer Racing i20 Rally2 in 2022, the competition would be ﬁercer than ever.

After a challenging opening round zero points score, the second counter of the BRC headed onto gravel and Bell instantly felt at home. With the eager Juniors on the limit, there would be nothing to split them as Bell was tied for the lead after the second test. He began the fourth stage with just one second in hand but came out of the nine-mile stage with an impressive 13-second gap.

Bell held his composure throughout the second loop to continue his strong run of form in the dusty Welsh forests to take a convincing win. 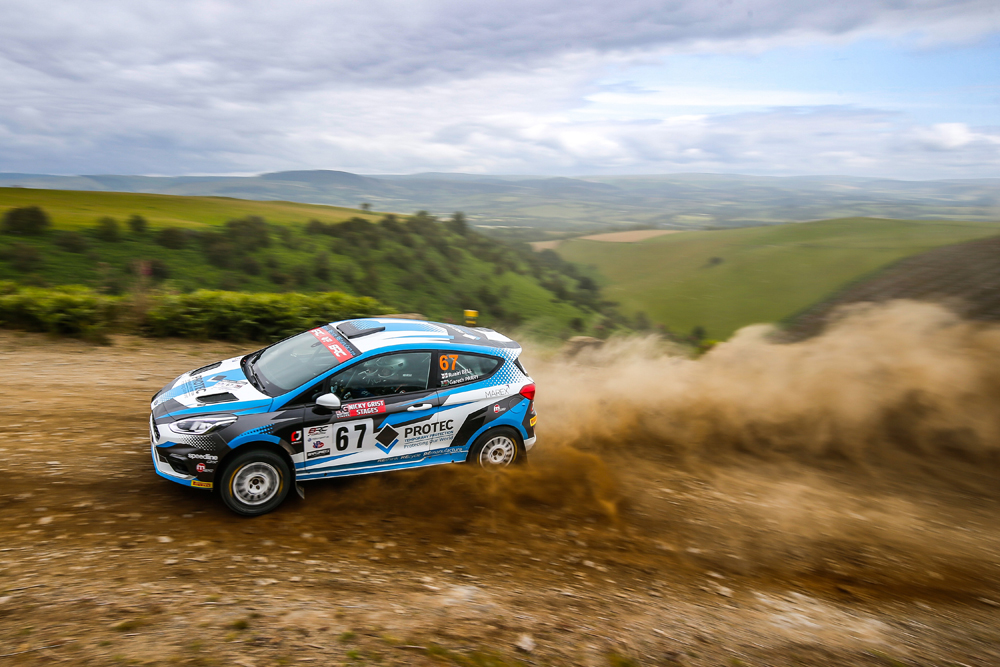 “I’m delighted to get this win. My partners, especially Protec International Limited share a common ambition and desire to strive for more, and their commitment has been fundamental in my quick progression. I’m delighted to be surrounded by a fantastic group of people who relish the competition and bring me confidence.”

“My team have risen to the challenges already this year and Matt [Edwards, rally winner and two-time British Champion] has worked hard to ensure we have been ready for the events. We have so much still to look forward to and this is a great stepping stone for my progress. I’m thrilled”.

Bell’s result means he climbs to equal fourth in the championship, just two points away from a podium place and eight away from the lead, with his bonus points inducing Joker round still to play.

The British Rally Championship now moves north to the forests of Kincardineshire near Aberdeen in Scotland for the Grampian Forest Rally in August.