FIA Junior World Rally Championship contender Ruairi Bell endured a “rollercoaster of a rally” at the third round of the series, mixing encouraging pace with a devastating last stage retirement within sight of the finish line at last weekend’s Rally Italia Sardegna (8th- 10th October).

The Blackheath driver set a string of top times behind the wheel of his M-Sport Fiesta Rally4, to run as high as third overall, coupled with second fastest stage times before a heavy impact with a straw bale ended his impressive run on Friday afternoon.

Despite a positive comeback drive throughout Saturday, Bell’s Protec Temporary Protection and Marex Spectron backed Fiesta broke a driveshaft just two kilometres from the finish of the final stage, forcing him out of the gruelling event and into retirement. 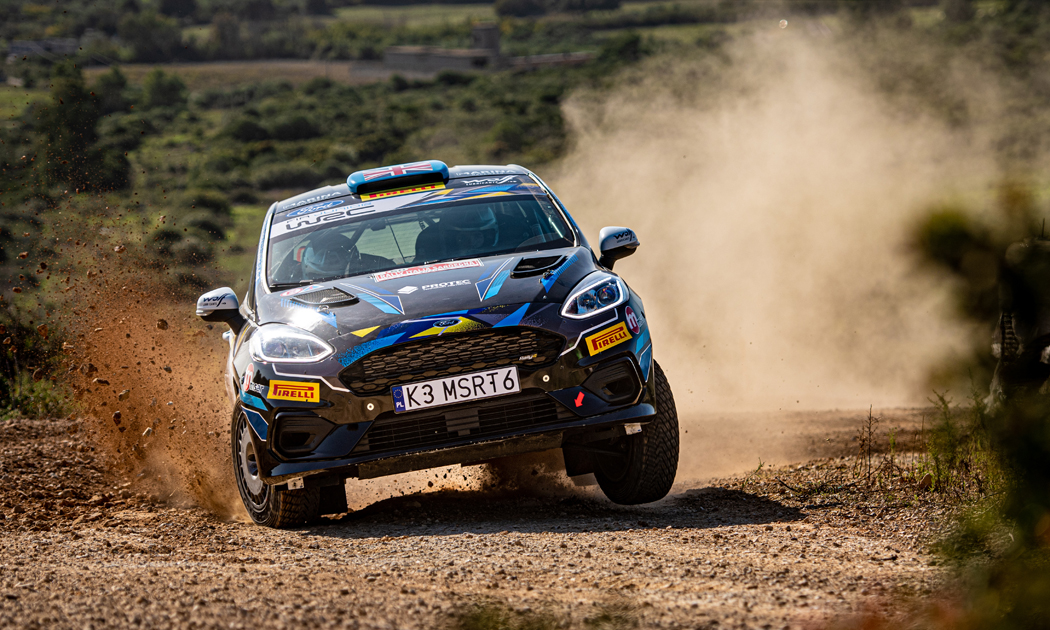 The London based 20-year-old has encountered a difficult debut season in the JWRC during 2020, impressive performances have been mixed with rally ending incidents. Bell would make the 2000 kilometre drive to Sardina for the fourth round of the Covid hit calendar in fourth place in the championship thanks to a career-best drive in Sardinia which saw him take fourth spot.

That result was despite suffering a horrifying crash in Portugal the week before where the brakes failed on his Fiesta which resulted in co-driver Darren Garrod being forced to sit-out the JWRC qualifier.

Thankfully, Garrod would return for the Italian round and the pairing were aiming to consolidate their position in the coveted series on what is often dubbed as the toughest and most gruelling event on the calendar.

Sardinia is notorious for its rough gravel tracks, unforgiving jumps and large rock-strewn surfaces and Bell, like many events in the series, would be heading there for the very first time.

Just eight JWRC contenders would line-up to brave the 238-kilometre rally which would offer 16 stages from its seaside base in Alghero but the competition would be as fierce as always thanks to the prize on offer of a brand new Fiesta Rally2 and support for the 2021 season. With just one more round remaining in Belgium in November, the pressure would be on for a good result. 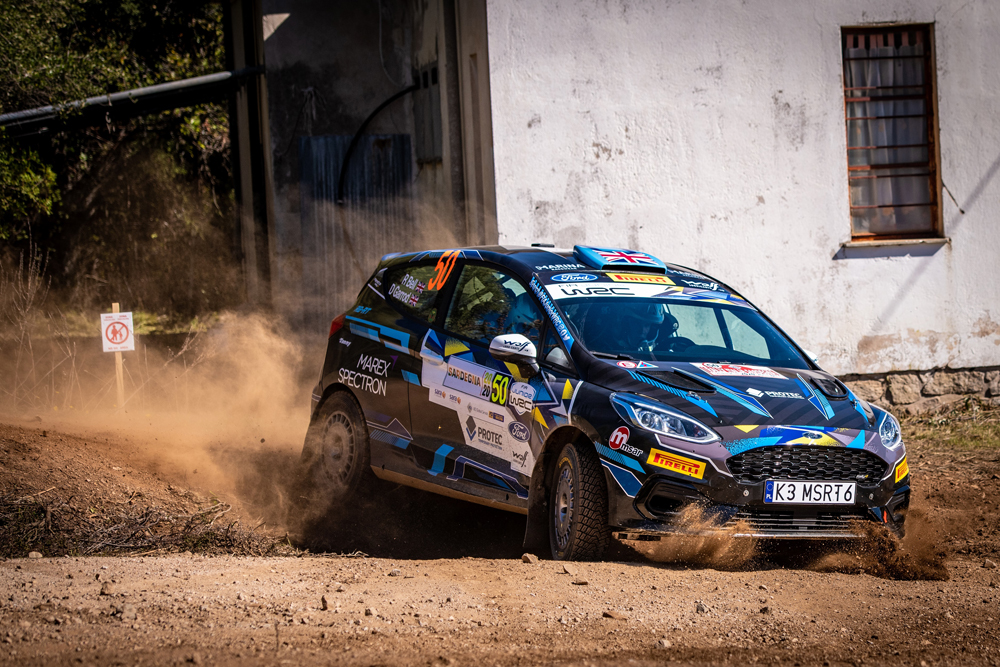 Six stages would open the event on Friday and Bell got his Italian debut off to an impressive start, opening his account with third overall on the 12-kilometre test. A gruelling loop saw conditions worsen for the Junior crews and whilst holding a strong fourth spot, Bell collided head-on with a straw bale after a jump, damaging the radiator and forcing the Brit out of the opening leg.

Thanks to the Super Rally option of returning to the stages the next day, the M-Sport Ford team repaired the battered Fiesta to allow Bell to re-join on Saturday and once again he showed his initial pace was no fluke, taking third fastest on the opening test.

As his confidence returned, the times would tumble and Bell was never out of the top-three all day long to storm back to the fourth position he has lost the previous day. 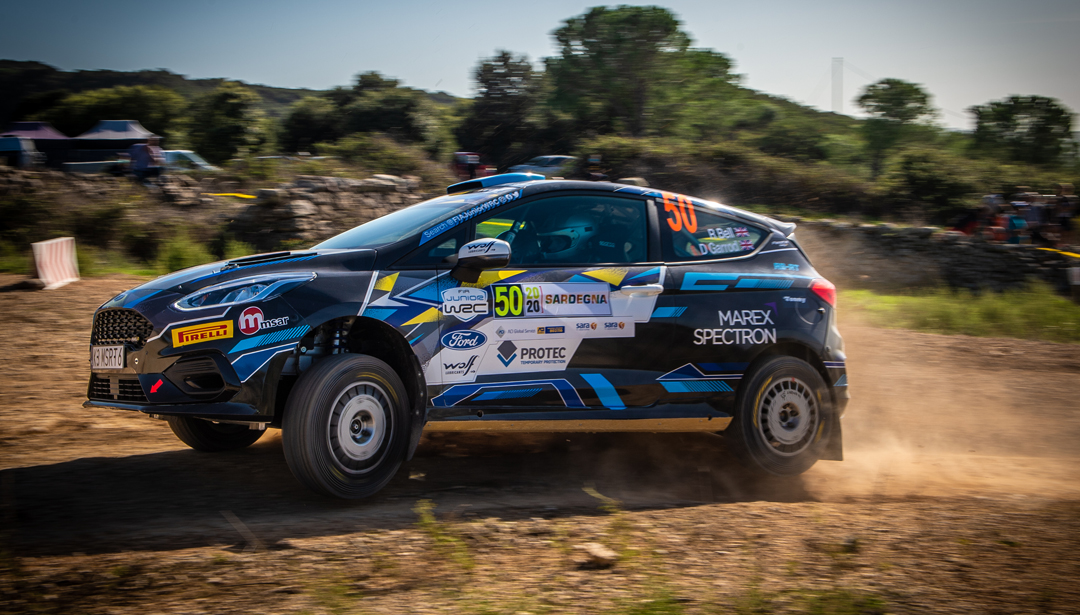 Just four stages rounded off the event, with a sprint-like dash of just 41 kilometres to the finish. Bell stamped more top-three times on the leader board to cement his hard-earnt fourth place with just the final test to go.

However, disaster struck the Fiesta in the final throws of the stage when a driveshaft snapped in the Ford and with no drive, it left the car and Bell stranded at the side of the road.

Summoning help from the nearby spectators, they attempted to push the car to finish but a large uphill section finally forced Bell to retire literally within sight of the finish line, his rally, over.

“It’s hard to find the words at the moment,” said Bell on his return to the service park. 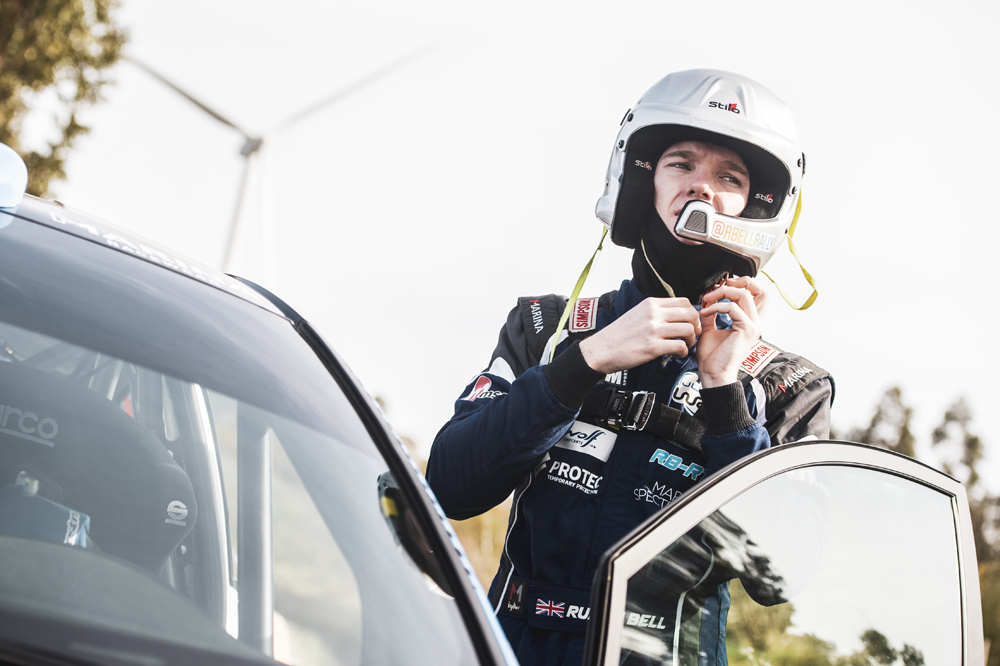 “It’s been a tough journey to be here after last month’s crash and then the Estonia result sort of cancelled that out a little. But we have had little issues all weekend which sort of put you on the back foot and then hitting the bale forced me to re-think my approach which worked on Saturday.

To have come all this way and retire so close to the end is heartbreaking but I need to force myself to focus on the positives. The pace is really strong in a lot of areas and that is the key message I need to take home and to the final round in Belgium. It’s been a rollercoaster of a rally that’s for sure, but I`ll have plenty of time to consolidate on the 2000 kilometre drive home I guess!”

The final round of the FIA Junior World Rally Championship will now take place in Belgium as the Renties Ypres Rally joins the series in November.