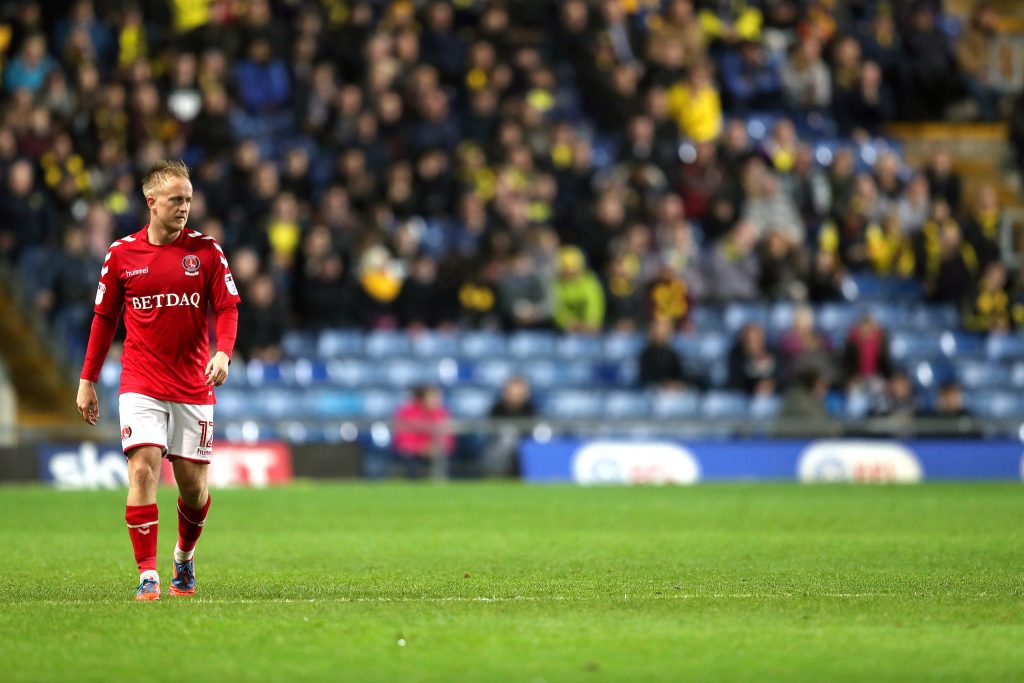 Ben Reeves has endured a frustrating start to his Charlton Athletic career.

Snapped up as a free-agent in the summer after turning down a new contract at former club Milton Keynes, the 26-year-old was unable to make his first league appearance for his new employers until the end of September due to fitness issues – and has only made four league starts since then as he continues to try to get up to speed.

The midfielder hopes that his decent performance during the 2-0 loss at Blackburn on Saturday will be the catalyst for a successful spell in the side from now on.

“I’m getting fitter every week,” he explained.

“It’s been really disappointing for me not to be able to hit the ground running. It’s just something I’ve got to accept now that that didn’t happen. I can’t look back and do anything different. I do everything I can to be fit every week. It wasn’t meant to be at the start for me unfortunately but hopefully now I can just kick on again. The most important thing is just to be involved and hopefully get the results that we need and I’ll do as much as I can to make that happen.”

Reeves was just one in a number of injured players who have had to suffer lay-offs this campaign, with the likes of Tariqe Fosu, Jason Pearce, Patrick Bauer, Mark Marshall and now Ricky Holmes all having spells on the side-lines.

Reeves, who worked together before with the now-Charlton boss Karl Robinson during their times at Milton Keynes, admits that he’s never seen it this bad at any of his former clubs.

“Especially the positions it seems to be happening in – it’s the same positions it keeps happening in. We’ve just got to deal with it. Fortunately, we have got good players to back it up and it just shows how good we can be when we’re all going to be fit.

“It’s been frustrating for all the boys this year because it’s not just one or two that’s been out, it’s four or five. It’s just something we’ve had to deal with. Hopefully after this spell we’ll get a few more back and that’s it, hopefully we can keep a fit squad for the rest of the season. You always have one or two in or out but hopefully we’ve had our bad luck at the start of the season and we can all be fit for the rest of the season and use that as a point to push on from.”