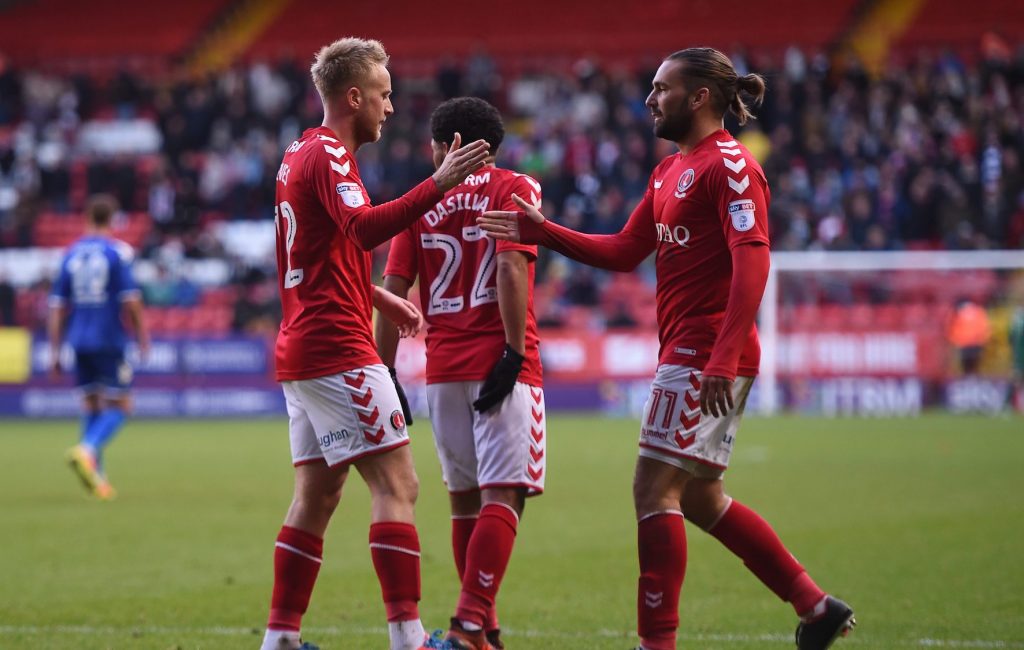 Charlton midfielder Ben Reeves reckons that it’s up to the remaining members of the Addicks squad to pick up the slack with Ricky Holmes set to depart for Sheffield United.

30-year-old winger Holmes is set to be unveiled as a Blades player as early as Monday morning – with Charlton boss Karl Robinson angered as owner Roland Duchatelet blocked United man Samir Carruthers coming the other way as part of the deal, choosing to receive a higher fee instead.

This will leave the depleted Charlton squad even shorter – but Reeves insists that there is enough cover.

“Ricky is a very good player,” explained the midfielder, snapped up as a free agent in the summer.

“Everyone else knows in the league. We just need to do that job and chip in together. I’ll chip in, Marshy (Mark Marshall) will chip in and Stephy (Mavididi) can chip in as well now. We’ve got a good enough squad to deal with it.

“The main thing for us is to stick together as a team now and whoever plays, make sure we put in a performance to get the wins.

“I don’t know the ins and outs of it all so I can’t really comment on Ricky’s choice or whether it was the club’s choice or whose choice it was or when it came about because I know there was offers from them in the summer as well. The main thing for us as a group now is we just need to stick together – whoever comes in and whoever goes out we just make sure we stay as a tight group and just get the results.

“I think we’ve got a great squad. You’ve seen some of the players who aren’t in the team at the moment – you’ve got Patrick (Bauer), Jason (Pearce), Tariqe (Fosu) – all three of them were starters at the start of the season and one of the main reasons that we were up there. You’ve got three players like that coming back. There’s loads of boys, even Sols (Chris Solly) and Jake (Forster-Caskey) coming back today – you’ve got Jacko (Johnnie Jackson) as well who performed well the other day – there’s loads of boys in this squad that can do well for us.”

Ongoing takeover speculation dominates the thoughts of Charlton fans at the moment, but Reeves said that the playing squad are just concentrating on the job in hand.

“If I’m honest, I don’t know too much about it and I assume a couple of the boys probably don’t either,” explained the 26-yar-old, after the 1-0 win at Bury on Saturday that hauled Charlton back into League One’s top six.

“The most important thing for us is to concentrate on the weekend and the games. Another step for us today was getting back into the play-offs and the main thing for us as players is to keep building on that.”