Ben Thompson wants to go out on loan – but Millwall manager Gary Rowett will only sanction a move if he can add to his midfield options first.

The South London Press was told last week that the Lions midfielder, who turned 25 earlier this month, was pushing for another temporary spell away from SE16.

And it is absolutely no surprise that Portsmouth have made an approach about bringing Thompson back to Fratton Park after his hugely impressive stint with Kenny Jackett’s side in the first half of the 2018-19 season.

The Lions academy product was an instant hit on the South Coast and scored three goals in 26 appearances – his form prompting then Den boss Neil Harris to cut short his stay in January. 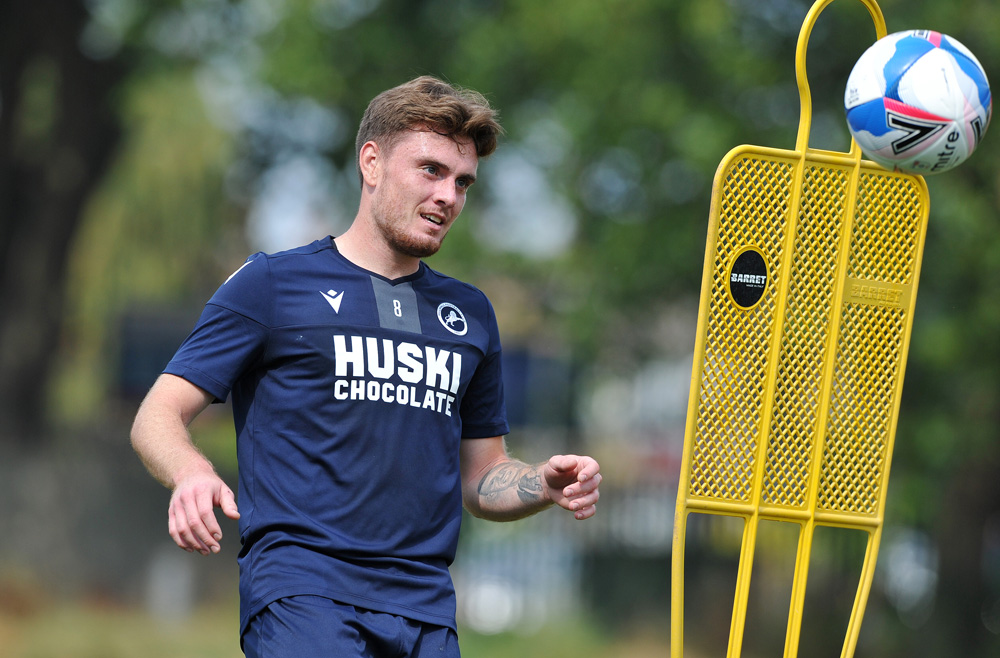 Thompson has struggled for Championship minutes since the 2020-21 campaign started. He played all of the opening day stalemate with Stoke City but has not featured since.

He was not in the matchday squad at Rotherham and was an unused substitute in the two most recent fixtures.

Thompson featured 28 times last season but only had two starts after mid-December. He damaged ankle ligaments blocking a cross by Derby’s Jayden Bogle at Pride Park and sat out 16 matches.

Thompson thrived in a number 10 role at Portsmouth but Rowett has settled on a 5-2-3 formation that saw Millwall go close to reaching the play-offs last season.

It’s understood that the Lions will not countenance the Sidcup-born player linking back up with Pompey before they can add to that department.

Last season they had Brighton’s Jayson Molumby on loan. He played in two of Albion’s EFL Cup ties and also was on the bench for the 3-2 loss at Manchester United in September.

Billy Mitchell, 19, is still a few weeks away from returning from a bad hamstring injury sustained while the club were on their training camp in Scotland.